The Natural History of Cheese Mites

They are right on the border of what is visible and invisible. If you look very closely at a piece of aged cheese, it’s possible to see them, barely. The more “artisanal” the cheese, the better the chance that they are there: living within tiny burrows on the rind proportionally the size of giant caves. Go ahead, look for yourself (see video below) at a time-lapse video of an American cheddar from the Nikon Small World in Motion Competition. Welcome to the natural world of a cheese mite—your kitchen counter.

Cheese mites are arachnids; along with their close relatives the spiders and scorpions, mites are among the creepiest creatures in the animal kingdom. Several species of mites from the genera Tyrophagus and Arcarus live in and on cheese, including the flour mite, Acarus siro. The species with the official common name “cheese mite” is Tyrophagus casei. Like the more famous dust mites, adult cheese mites mites are tiny, round organisms, measuring no more than a few hundred micrometers long. They have a life cycle that lasts around 15 days, including truly microscopic egg, larval and nymphal stages.

Unlike their arachnid ancestors, mites do not have a clearly defined head, or any other major body segments for that matter. Instead, their itsy-bitsy mite brains and other organs are in one major body compartment called an idiosoma.

The idiosoma and legs are covered in whisker-like appendages called setae that help them sense their environment; setae can be seen with light microscopy or in full detail with scanning electron microscopy.

All in all, there’s no way of getting around it: cheese mites aren’t the most adorable creatures. Nevertheless, cheese mites are for all intents and purposes peaceful and harmless. They can cause allergic reactions like dermatitis in a rare subset of people. Otherwise, they don’t colonize the human body and they don’t bite.

Mites feed on fungal hyphae that continuously grow on the rind. Over time, their relentless activities create more surface area for the biofilm of bacteria and fungi that together impart flavors and other qualities, like softness, to the final product. Mites have such an impact on this microbial food web that some cheeses wouldn’t be the same without them.

Exceptionally “mitey” cheeses include Milbenkäse from Germany and Mimolette from France. Milbenkäse is matured in a wooden box together with cheese mites using a process that dates back to the Middle Ages. During maturation, a cheese mite digestive enzyme is a main contributor to the Milbenkäse ripening process. (There is even a cheese mite sculpture to memorialize this cheese in the German village of Würchwitz.) French Mimolette was once barred from import by the United States FDA because it exceeded an arbitrary cutoff of six mites per square inch. (This ban has been lifted.)

The characteristic flavor of Mimolette and Milbenkäse can be traced to individual molecules produced by cheese mites. These molecules include neral, a volatile constituent of lemon oil. Neral is one molecule within a cocktail of hydrocarbons, terpenes, and aromatics produced by a pair of glands found on cheese mites. It’s no wonder that cheesemakers seeking the desirable products of mites sometimes inoculate them onto cheese wheels during the aging process.

However, flavor-enhancing or not, mite populations can quickly get out of control. If there are too many mites, they dig too far, too fast, transporting mold spores from the rind to the interior of the cheese and potentially ruining the entire product. This is why vacuums, brushes and compressed air are often used to blast mites off the rind. Even so, these measures only buy cheesemakers some time. It’s nearly impossible to remove all of the mites, especially considering that a typical female lays hundreds of eggs in one lifetime.

Cheese and other food products are but a few of countless niches occupied by mites, aquatic and terrestrial. In every handful of leaf litter or soil in the forest there are thousands of mites that turn over much of the nutrient cycling in these environments. There are 50,000 or so described mite species and only guesses of how many more exist across the planet. 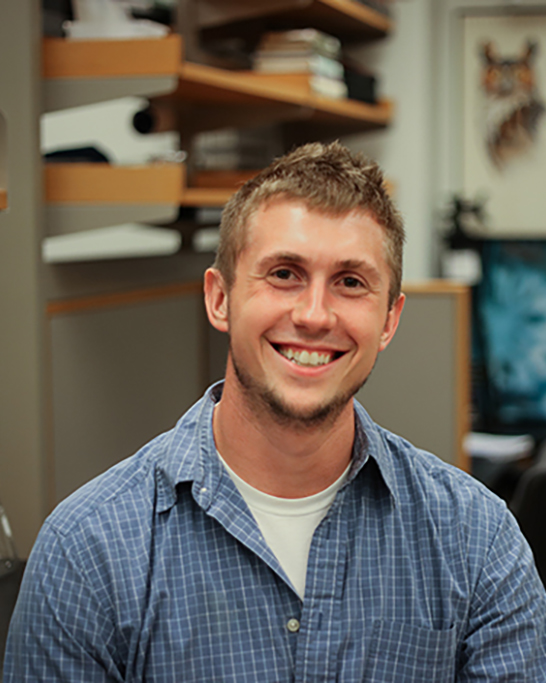