“Welcome to Tampa, where diverse voices, diverse science at ABRCMS awaits you!” This was the message from Avery August, Ph.D., Professor of Immunology and Chair at Cornell University College of Veterinary Medicine and chairperson of the Annual Biomedical Research Conference for Minority Students (ABRCMS) as the conference kicked off on November 9th, 2016. The day after the U.S. election, at a time of uncertainty and deep division, so many were inspired as they looked across the sea of diverse young scientists at the opening dinner and keynote address, ready to step up and address the scientific challenges of today and tomorrow.

In its 16th year, ABRCMS welcomed over 4,000 attendees. The majority of these were undergraduate and postbaccalaureate students (2,169); participants also included graduate students and postdoctoral scientists (431); faculty, program directors, and administrators (709); and exhibitors (685). The majority of participants (69%) are members of populations traditionally underrepresented in the STEM disciplines.

Perhaps the most important feature of ABRCMS is that it gives underrepresented students and early- career scientists the chance to see, network with, learn from, and be inspired by scientists who look like them. In addition, institutions from across the U.S. attend the conference to recruit these students for graduate programs, postdoctoral positions, and careers. Importantly, ABRCMS includes both scientific and professional development sessions. Students have the opportunity to present their research in oral and poster sessions (this year approximately 80% of undergraduate and postbaccalaureate attendees presented their work) and receive expert feedback on their presentations. This year, a record number of student presentation awards (286) were given to outstanding presenters in 12 scientific disciplines.

Presenters this year included Juan Gilbert, Ph.D., from the University of Florida, who developed a universal voting machine (among many other achievements) and has significantly increased the number of African-American doctoral students and faculty members in each of the university departments he’s been a member of. His current institution is home to more than 11% of the nation's Black/African-American computer science Ph.D. students. Also presenting was Stefano Bertuzzi, Ph.D., M.P.H., CEO of the American Society for Microbiology, who talked about his career path from academia to government to nonprofit professional societies while highlighting key values like perseverance, willingness to try new career paths, and the importance of mentoring. His plenary on Thursday was followed by a lunchtime presentation from Cato Laurencin, M.D., Ph.D., of the University of Connecticut. Dr. Laurencin, a member of both the Institutes of Medicine and the National Academy of Engineering, spoke about his cutting-edge work in regenerative engineering. He challenged students to push themselves with his rule that one should be failing 15-20% of the time. If you’re not, he said, you’re not challenging yourself enough.

The high-caliber plenary presentations continued into Friday and Saturday, with a panel consisting of Dina Paltoo, Ph.D., M.P.H., of the National Institutes of Health (NIH), Jeri Lacks-Whye, and David Lacks, Jr. Lacks-Whye and Lacks are grandchildren of Henrietta Lacks, the cancer patient whose cells were taken without her consent in 1951 and from whom the HeLa immortal cell line was developed. The panel discussed the partnership that developed between NIH and the Lacks family after the complete HeLa genome was published online in 2013, again without the family’s knowledge or consent. Lacks-Whye and Lacks told the story of their family’s journey from being ignored and/or uninformed by the scientific community to an arrangement where they became engaged in the legacy of their grandmother’s cells and now help to review requests to use HeLa whole-genome data, access to which is now controlled. The next plenary speaker was Julie Gerberding, M.D., M.P.H., of Merck (and former director of the U.S. Centers for Disease Control and Prevention). Dr. Gerberding spoke about emerging threats from infectious disease, and stressed the importance of continued global surveillance of disease reservoirs such as rats, bats, and mosquitos. Finally, the last plenary presentation was given by New York Times best-selling author Wes Moore.

Moore, a US Army officer, White House Fellow, and Rhodes Scholar, authored The Other Wes Moore, a story of two young boys that share a name, a city, and a similar history, but travel down vastly different paths. He inspired the audience as he spoke of ways to engage and encourage underrepresented students and those from disadvantaged backgrounds. His key message was to have high expectations, both of oneself and of others. He noted that “we will never have honest conversations about the future of our communities if only a sliver of the community is there.” This highlights the importance of ABRCMS: the conference includes, engages, and supports communities that make up a significant proportion of the U.S. population but who are not equally represented in the STEM disciplines. The diverse future of STEM was together under one roof, and that future looks very bright. 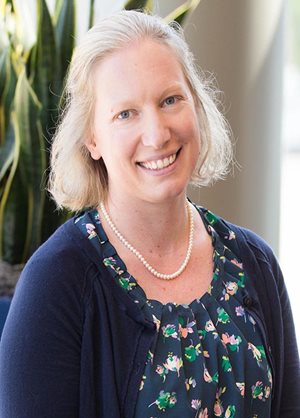