FoR Changing Science: From Academia for Nonprofit 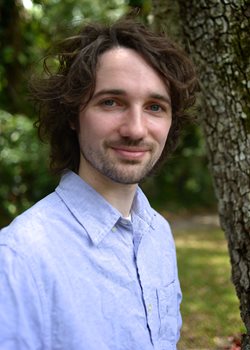 As a bright high school student in Scotland, Gary McDowell applied for a summer course in biochemistry in London, and as much as it felt like it was a shot in the dark, he got in. Gary's passion for science was ignited and he started on a path towards a productive scientific career. He completed his BA, Master's and Ph.D. at the University of Cambridge and completed two postdocs at the Boston Children's Hospital and Tufts University. "There is this sense of inevitability - that if you're smart, you're expected to pursue a career in science," said Gary. Gary is now an Executive Director for a nonprofit that focuses on improving the scientific research endeavor.

Gary's remarkable success during his Ph.D. primed him to pursue a career in academia. He moved to Boston to work as a postdoc, but something felt out of place. The highly competitive environment and the cutthroat nature of modern day science meant that despite making progress, his productivity was constantly brought into question, and he felt lost, similar to how most of us feel in science today. "I kept hearing that I was doing fine, but no matter how hard I worked, it wasn't enough. There was always another experiment to do, another paper to publish," said Gary.

Most of us enter science because we think of it as a sacred calling, where you leave behind all your biases and yearn to satisfy your curiosity by proving yourself wrong. We are driven by the joy of being the first person ever to know the answer to a question, regardless of the significance, or realizing that all of your assumptions about something were wrong. But in modern science, we find that impact often replaces curiosity and failure to find significance is punished. As the pressure builds on today's graduate students and postdocs to publish in high impact journals, they are being deprived of other forms of training and preparation for their future careers. The statistics on career choices made by Ph.D. holders today show a great disparity between the training they receive versus the career needs. "The job market requires leadership and mentoring skills, and postdocs aren't cheap labor to do bench work - they are there to be trained for their future careers," said Gary.

Most of us believe that as highly educated adults, we are immune to biases and outdated dogma. But certain aspects of academic culture persist today that would be considered undesirable in other professions. We hear phrases like:

"I don't know of a successful postdoc who commutes an hour to work every day; you can't have kids and succeed in academia; those who love science stay in academia; it's not about the money, it's about your love for science; and this is not a good postdoc project."

And countless other phrases that demonstrate some of the problems with modern science.

Gary saw those problems and soon found out that they were not limited to a particular lab or institution, that the entire scientific enterprise was moving away from what is ideal or even beneficial for society. Gary, along with a couple of other postdocs in the Boston area, started a postdoctoral group and organized events to discuss challenges facing junior scientists. The topics discussed resonated with most junior scientists and that led to similar events across the US. Fueled by the success of their events and in light of the infamous paper published in PNAS by Alberts et al. that talked about systemic flaws in modern research, Gary and his colleagues started an organization to change the future of research.

Now, Gary is the Executive Director of the nonprofit organization Future of Research (FoR). The goal of FoR is to make science more transparent and provide resources to ultimately empower young scientists. To achieve this, they organize events, publish relevant articles and call for policy change to benefit junior researchers. "We are currently focusing on changing policies regarding post-doc salaries, and collecting useful resources for junior scientists such as fellowship databases and career training options." He explained: "Starting a nonprofit has been a challenge with a lot of problem-solving, and it has a learning curve which makes it fun."

Gary is particularly troubled by what goes unrewarded in science. Young scientists must be engaged with the community, help spread their science to the public, and acquire skills other than bench work that will be required to better serve society. But in most cases, academia only rewards authorship of papers. Moreover, the mindset that staying in academia is the only way to stay involved in science and leaving means abandoning critical thinking is outdated. Scientists like Gary are living proof that being in a lab is not the only way to help science: "I haven't left science, I'm more immersed in science than ever before. In fact, I have the intellectual freedom to find the best solution to help others. I'm mentoring people, collecting data and tackling difficult problems to help science and scientists."

But while Gary and his team are at work changing the future of research, how can young scientists survive and thrive in the current academic culture? Gary's advice is to become multi-faceted: "If you're a grad student or a postdoc, find a path that represents your values as a person. Join clubs and communities of your peers, and find a hobby. You don't have to be working all the time to be successful."

Gary and his team at FoR have been hard at work, publishing several articles on the current state of academia. For more information on what they do, visit Future of Research. Gary can be reached on Twitter and Facebook, or by email.

Alireza Edraki is a Ph.D. candidate at the RNA Therapeutics Institute at the University of Massachusetts Medical School.