Melioidosis: the Most Neglected Tropical Disease

The ASM Biothreats conference covers preparation for, handling during, and analysis of infectious disease outbreaks, and includes session on research, response, and policies on biological threats and emerging infectious diseases. Most sessions cover broad topics such as emergency preparedness, vaccine efficacy, or vector control, but three sessions at the 2017 Biothreats conference covered specific emerging diseases. Two of these, Zika and Ebola, have received a lot of media coverage, but the third disease, melioidosis, isn’t frequently found in newspaper headlines.

“This is a disease so neglected, it’s missing from the WHO list of neglected tropical diseases,” said melioidosis expert David Dance. What is melioidosis, and why was there a full session at Biothreats dedicated to this disease? 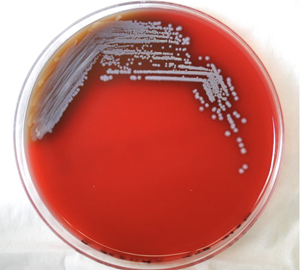 Melioidosis is a disease caused by the gram-negative bacillus Burkholderia pseudomallei, which is listed on both the Health & Human Services and United States Drug Agency select agents lists. There are five major reasons why this bacterium is on these lists, as session convener Direk Limmathurotsakul explained in his opening to “Melioidosis: A Disease Model for Translating Research and Response into Policy in Tropical Developing Countries.” These include the ease of access to the soil- and water-dwelling microbe; the multiple possible infectious routes of inhalation, ingestion, or skin inoculation; the difficulty in diagnosing melioidosis due to the lack of disease-specific symptoms; the intrinsic antibiotic resistance of B. pseudomallei bacteria; and the high fatality rate associated with infection.

Together, these factors create the perfect storm for a microbe to wreak havoc on human health systems anywhere. Unfortunately, the highest incidence of melioidosis disease is in tropical developing countries. “This is a disease that affects the rural poor, in places without microbiology culture labs,” said Dance. This means there is little infrastructure for diagnosis, treatment, or surveillance within many affected areas. Although some labs in endemic areas are readily able to recognize the bacterium, in others where microbiologists are less familiar with it, oxidase-positive gram-negative rods are often lumped together as 'Pseudomonas species' and discarded as environmental contaminants, meaning that patients will not getpotentially life-saving treatment. Compounding this problem is that there is no signature symptom of melioidosis; patients present with general symptoms like malaise, headache, and fever. In areas with poor clinical microbiology facilities that are already endemic for tropical diseases such as malaria, misdiagnoses are common.

Accurate diagnoses, said Dance, often relies on the right samples from the right patients. The right patients include anyone with a fever, those with severe sepsis, and those suffering from diabetes. Diabetes in particular is a strong indicator of possible melioidosis, which is an opportunistic infection but doesn’t seem to be associated with HIV/AIDS patients. The right samples include blood samples, abscess pus, throat swabs, and urine cultures, though none of these is universally positive among patients, since each patient can be infected by a different route yet still present the same nonspecific symptoms. A positive culture depends on when the sample was taken, its growth medium, and its incubation time in the lab. An antigen-detection test that works on urine is what Dance thinks would be more useful in the clinical settings of Laos, where he works in Vientiane at the Wellcome Trust-Mahosot-Oxford University Tropical Medicine Research Collaboration, because it would be faster and easier than cultivating the bacterium..

Until very recently, the extent of melioidosis in southeast Asia, Australia, and the Indian subcontinent wasn’t recognized by most national health organizations. The Thailand Ministry of Public Health until recently reported around 12 deaths annually for all melioidosis cases in the country. Limmathurotsakul, who works in Thailand at the Mahidol-Oxford Tropical Medicine Research Unit at Mahidol University, told the session that his single hospital had seen 150-450 cases each year, and around 150 deaths. To estimate the disease reach in places where melioidosis is underreported (or never reported), Limmathurotsakul and a scientific team used spatial modeling systems previously applied to diseases such as malaria and dengue. Their model published in 2016 suggests 165,000 cases and 89,000 deaths worldwide each year. Based in part on Limmathurotsakul’s work, the Thai government has since changed its standards to focus on culture-confirmed deaths, successfully received the data from a single province in 2015, and raisedthe total number of deaths countrywide from 12 to 107 deaths per year. Thailand has 77 provinces and the total number of deaths due to melioidosis was predicted to be about 3,000 per year..

Even access to culture-confirmation assays is a luxury in some parts of the world. Frances Daily of the NGO Diagnostic Microbiology Development Program works in Cambodia. There, the governmental laboratories lack training and have limited resources to isolate and identify the bacterium, andsome don't even have a standard operating procedure for B. pseudomallei identification. There is no continuum of care, meaning that patients don’t have medical records from past visits, and there are no statistics on patients found to be have the disease, those treated, or dying from melioidosis. Should a patient be diagnosed, if the hospital doesn't have the necessary treatment available, he or she then faces the difficult choice of whether to purchase the necessary antibiotics to eradicate the infection, which may exceed his or her annual income, in a country where the GDP per capita in 2015 was $1,020. This lack of comprehensive data makes it difficult to compare risk factors, transmission factors, and clinical presentations between Cambodia and neighboring Thailand and Laos. 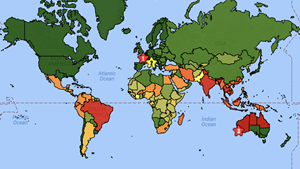 Australia may have better health care infrastructure, but this doesn’t prevent melioidosis from infecting people in B. pseudomallei-endemic areas. The Darwin prospective melioidosis study, overseen by Bart Currie of Menzies School of Health Research in Darwin, Australia, has been running for 25 years and aims to understand the clinical and microbiological aspects of melioidosis. The study has diagnosed 1027 cases since 1989, but with a high standard of healthcare they have managed to reduce the overall death rate to only 12%. Unfortunately, studying some of these factors, such as route of infection, is very challenging as it’s almost impossible to determine when and how patients became infected.

The session ended on a slightly optimistic note, however, as John Pate, a graduate student working with Monique van Hoek at George Mason University, presented the results of a small-molecule screen against the closely-related B. thailandensis biofilm formation. Pate focused on biofilm formation to avoid selecting for antimicrobial resistance, a problem that already plagues the organism. The screen included 1,280 already FDA-approved compounds and revealed that 5-fluorouracil, already clinically used to treat cancer patients, showed significant biofilm inhibition without causing bacterial cell death. Pate and his team will follow up the in vitro experiments to determine the mechanism of action; once the mechanism is known, it can reveal a bacterial Achilles’ heel that can be targeted with additional compounds.

But with new treatments years or decades away, the pressing role of the research community is to raise awareness of melioidosis and encourage national and international agencies to prioritize its funding. The international research community has built a melioidosis database at melioidosis.info that provides open-access resources and aggregates case reports. For the time being, developing an accurate statistic of incidence will have to serve as a small victory in the field.