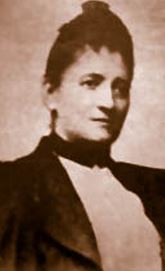 February 11th is the International Day of Women and Girls in Science, which recognizes “the critical role women and girls play in science and technology.” The United Nations (UN) General Assembly only recently established an annual international day in December 2015 to promote gender equality, particularly in the science, technology, engineering, and mathematics (STEM) fields. There have been many important contributions by females across the diverse scientific fields. Those listed below are a handful of the women who have made major contributions to the microbial sciences. 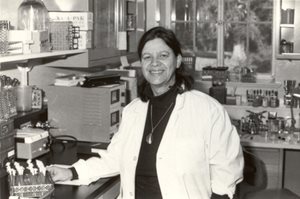 Angelina Fanny Hesse: Isolating a single species of bacteria from a mixture of bacterial species is a crucial step in many microbiology labs, such as for hospital diagnostics. Hesse made this possible by introducing agar to culture medium. The wife of one of Robert Koch’s laboratory technicians, she was an assistant and illustrator for the lab. Hesse was also responsible for making the beef broth that the bacteria were cultured in. It was her keen insight that agar should be added to the broth to solidify the medium that made it possible for bacterial strains to be grown and isolated. 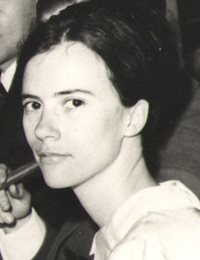 Esther Zimmer Lederberg, Ph.D.: Lederberg is one of the “great pioneers in bacterial genetics” for her discovery of lambda phage (a virus that infects Escherichia coli). This discovery revolutionized the fields of molecular genetics and virology. Lederberg showed that lambda phage integrated into the DNA of its host and that the host bacterium would lyse when it became stressed. These properties made lambda phage an indispensable tool in the initial studies of bacterial gene regulation and genetic recombination. She also co-developed the technique of replica plating. Her work and contributions helped several other scientists (George Beadle and Edward Tatum, her husband Joshua Lederberg, and Alfred Hershey) to receive Nobel Prizes, though she never received one herself. 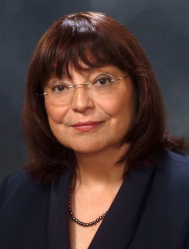 Daisy Roulland-Dussoix, Ph.D.: Roulland-Dussoix contributed to the identification of restriction and modification enzymes. These are proteins produced by bacteria that are capable of cutting DNA and are used as a defense strategy to prevent infection by phages. Their discovery was instrumental in forwarding the field of molecular biology.  These workhorse enzymes continue to be used routinely in genomic DNA manipulation alongside the more recently discovered bacterial defense strategy, the CRISPR-Cas9 system, characterized by Jennifer Doudna.

Lydia Villa-Komaroff, Ph.D.: While a postdoctoral fellow, Villa-Komaroff was the lead author on a groundbreaking paper describing bacterial production of mammalian insulin. This was the first example of a human hormone being made by bacteria, and many diabetics benefit from the insulin produced by this technology. Villa-Komaroff is also a co-founder of the Society for the Advancement of Chicanos/Hispanics and Native Americans in Science (SACNAS).

Marjory Stephenson, Sc.D.:  Stephenson was the first scientist to isolate a bacterial enzyme, lactic dehydrogenase, from E. coli. She also authored Bacterial Metabolism, a widely used and reprinted textbook for microbiologists. Her interest in anaerobic bacteria metabolism stemmed from investigations of river contamination caused by a sugar beet processing facility’s waste. Stephenson was one of the founders of the Society for General Microbiology.

ASM and Inclusiveness in Microbiology

Former ASM General Meeting program chair Arturo Casadevall and ASM Past President Jo Handelsman have worked to create equity among speakers at the annual Microbe meeting (then called the General Meeting), giving more women a platform to discuss research discoveries like those listed above. Their research demonstrated that a woman on the organizing committee of a scientific conference correlates with a higher percentage of female speakers. Using this information, ASM incorporated more women into organizing committees, resulting in speaker gender equity at the 2015 general meeting. The society itself has a number of programs to reduce gender bias and offers fantastic resources for female microbiologists. The Committee on the Status of Women in Microbiology (CSWM) within the Public and Scientific Affairs Board of the ASM is tasked with “identifying, understanding, and addressing some of the factors that influence the role and success of women as working microbiologists.” The CSWM has also worked to make child care available at ASM Microbe. ASM further offers Career Development Grants for Postdoctoral Women “to support the career development of the candidate by providing funds to travel to a meeting, visit another laboratory, take a course in a geographically distant place, or for other travel to advance the candidate’s career.” Additionally, the Alice C. Evans Award “recognizes an individual for major contributions toward the full participation of women in microbiology.” The seeds of change are being planted, and over time we hope to see them develop and grow to increase diversity. Programs like these will help gain recognition not only for the women listed here, but for the women scientists of the future. 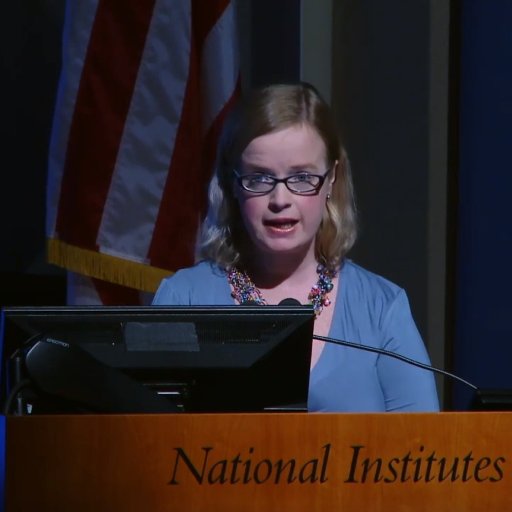