Tuberculosis, caused by Mycobacterium tuberculosis (Mtb), is one of the world’s top 10 causes of death. In 2015, the Nobel Prize in Physiology or Medicine was awarded for the discovery that sweet wormwood (figure 2), an herb used since ancient times as an antimalarial treatment, was capable of preventing persistence in the bacterium that causes tuberculosis.

Tuberculosis was known historically as consumption, a disease defined by drastic weight loss and a deep, rumbling, often bloody cough. The disease was aptly named for the way it appeared to consume its host from the inside out, inspiring some popular folklore. 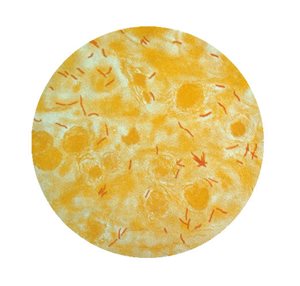 Unfortunately, though it’s historic name has been relegated to the past, the disease itself has not. Though advancements in antibiotics have made treatment of tuberculosis possible, it is a tough bug to beat.

Mtb has an impressive outer membrane that is rich in very long and exotic lipids, rendering the bacterium impenetrable to the host's immune system and many harsh chemicals, including some antibiotics. Currently, some strains of Mtb can be treated with a 6-month course of antibiotics, but drug-resistant Mtb remains a very serious public health issue.

About a third of the world’s population is currently infected with Mtb, and the majority of these infections are symptom free. In fact, Mtb can asymptomatically persist in a host for decades. Ultimately, about 10% of latent infections progress to full-blown tuberculosis, and new cases sprout up in 1% of the population each year.

A six-month course of treatment can be expensive and difficult to complete, especially for those living in developing countries. Stopping treatment early is a big problem. Short-term administration of antibiotic kills off only a portion of the population and selects for antibiotic resistance genes. Furthermore, Mtb can enter into a state called nonreplicating persistence (NRP) that slows the metabolic activity of the bacteria and increases resistance to external antibiotics and chemicals.

Thus, a fundamental problem with current tuberculosis therapies is the extremely long course of treatment. As a result, there is a growing need to discover new drugs that shorten the course of therapy. These may not necessarily be new antibiotics, but rather other drugs that prevent persistence within the host, and leave the vegetative cells susceptible to treatment.

This year, a group led by Robert B. Abramovitch at Michigan State University and the University of Michigan identified three candidate drugs that prevent Mtb from entering into non-replicating persistence. Interestingly, one of these candidates was an antimalarial drug synthesized from a traditional chinese medicinal herb. 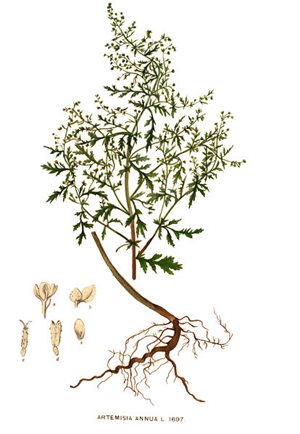 Figure 2. Drawing of Artemisia annua or sweet wormwood, the chinese medicinal herb from which Artemisinin was isolated. Source

Artemisinin, a drug isolated from the plant Artemisia annua or sweet wormwood, is an important drug in the treatment of malaria around the world. Although its antimalarial mechanism is still unknown, the general hypothesis is that it is first activated through cleavage after reacting with heme and iron oxide in the malaria-causing parasite, P. falciparum. This cleavage generates free radicals that in turn damage a wide range of proteins resulting in the death of the parasite.

Though use of artemisinin alone is discouraged because of emerging resistance within malarial populations, mixing artemisinin or its derivatives with other antimalarial drugs is extremely effective. In fact, an artemisinin synthetic derivative called artesunate has been shown to be more effective than quinine in the treatment of severe malaria.  In 2015, Tu Youyou, the woman who discovered the active antimalarial compound artemisinin in sweet wormwood, received the 2015 Nobel Prize in Physiology or Medicine.

Artemisinin and its derivatives have significantly improved the mortality rates of people suffering from malaria. Through a similar mechanism, these molecules can also prevent Mtb from entering into persistence. Upon encountering pressures from the host immune system, Mtb will enter into nonreplicating persistence (NRP), a gradual slowing of metabolic activity. This switch can be triggered by hypoxia or low oxygen content, acidic pH, or starvation.

Mtb uses a system called DosRST to sense host stimuli such as oxygen, nitric oxide, and carbon monoxide concentrations. DosS acts as a redox sensor and both DosS and DosT act as oxygen sensors. Mtb is aerobic and requires high levels of oxygen to survive. If it senses insufficient oxygen in the environment, it will begin to enter NRP and remain dormant, rendering antibiotics ineffective. One mechanism by which to keep Mtb from entering NRP is to trick the bacterium into thinking there is plenty of oxygen around.

That’s where artemisinin comes in. Abramovitch et al. showed that artemisinin can prevent Mtb persistence. The researchers speculate that artemisinin reacts with heme present in the DosS and DosT sensor kinases on the exterior of the cell, similarly to how it is thought to react with heme synthesized by malaria parasites. Artemisinin oxidizes ferrous heme, creating heme-artemisinin adducts. Because the sensor kinases are oxidized, as they would be by oxygen, the bacterium reacts as though there is sufficient oxygen and remains in its vegetative, replicating form.  The authors state, “the discovery that artemisinin inhibits Mtb persistence raises interesting questions about the use of artemisinin to treat malaria in individuals co-infected with malaria and Mtb.”

In 1882, Dr. Robert Koch discovered the cause of tuberculosis to be an infection by a microscopic bacterium. Since his monumental discovery, scientists have been able to develop increasingly effective therapies for treating this terrible and often fatal infection. No doubt the unearthing of compounds that prevent persister formation is a huge achievement in the field of Mtb therapy research and may hopefully provide a way to shorten treatment times.