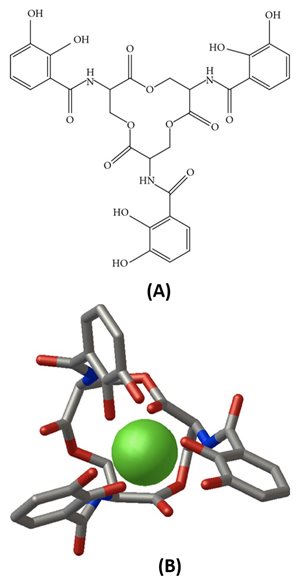 Figure 1. The Escherichia coli siderophore enterobactin before (A) and after (B) binding iron (green). Source

Iron is a fascinating element because of its ability to transfer electrons. By gaining (reduction) and losing (oxidation) electrons, iron can take on forms from Fe+ to Fe4+ and this potential helps cellular enzymes perform functions ranging from DNA replication to ATP synthesis.

However, the redox potential of iron allow free, soluble atoms (ferrous, Fe2+) to react with oxygen, creating damaging reactive oxygen species through the Fenton reaction. To prevent iron toxicity, the human body chaperones iron with iron-binding proteins present in the blood (transferrin), in secretions (lactoferrin), and for cellular storage (ferritin). Sequestering iron has a bonus effect of keeping it away from invading bacterial pathogens.

Like human cells, most bacterial pathogens require iron for cellular functions. Because unbound iron is so scarce in the human host, bacteria have evolved many different methods to access chaperone-bound or stored iron. Some bacteria have surface proteins that capture iron-bound transferrin. Others capture heme, a small molecule sometimes needed to adapt iron for enzymatic use. And nearly all pathogens make and use siderophores.

Siderophores are small chemical structures that bacteria synthesize intracellularly and then export to scavenge iron from the environment. Siderophores are almost flat until they bind ferric iron (Fe3+), when they convert to a claw-like shape where specialized groups surround and grasp a single molecule of iron. The change in shape by the iron-bound form allows the siderophore to be recognized by a dedicated receptor and imported back into the cell so the iron can be removed and used for growth. 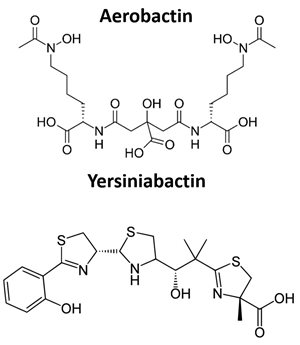 One possible answer is scavenging ability. Different siderophores have different affinities, or strengths, for different forms of iron or for iron bound by different proteins. The E. coli siderophore enterobactin steals iron more efficiently from transferrin than aerobactin does. Perhaps each siderophore is adapted for optimal function at different points in the infection process. Recent studies have demonstrated that enterobactin and salmochelin are preferred for uropathogenic E. coli to colonize the bladder. But aerobactin and yersiniabactin are needed to cause infection. Additionally, some siderophores have affinity for metallic nutrients in addition to iron that bacteria need, like manganese or zinc. 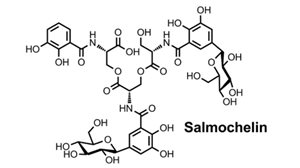 Figure 3. The siderophore salmochelin is enterobactin modified by the addition of glycosyl molecules. Source

Another possibility is that these systems help bacteria avoid the host immune response. Neutrophils—a type of white blood cell—make siderocalin, a protein that binds iron-bound siderophores like Fe-enterobactin. This prevents the siderophore from returning to the host with its iron payload and starves the pathogen of iron. To prevent its siderophores from being waylaid by siderocalin, E. coli also produces salmochelin—a modified version of enterobactin. Other siderophores such as yersiniabactin and petrobactin are also “stealth siderophores” whose structures prevent binding by siderocalin.

Their iron gathering ability makes siderophores essential for bacterial pathogens to cause disease. Starve the pathogen of iron and it has a hard time growing. But are there ways to target these iron gatherers for antibiotic treatment options? And do siderophores have other functions? More to come; stay tuned!