Not too long ago, I received an interesting text from one of our UCLA postdoctoral fellows, Sukantha Chandrasekarian.

"I just talked to Dr. X. He claimed I was inhibiting patient care by not reporting fosfomycin for his patient's P. aeruginosa. I explained we don't have breakpoints or test methods for that organism and drug, to which he responded we should just do the disk diffusion test, and report the zone. Help!"

In her words, the conversation was a special experience. It's not hard to imagine the frustration on both sides of this case—the clinician who has few treatment options for his patient's UTI, and would like a cheap, effective, oral antimicrobial to discharge his patient on, and the laboratory, who would have to venture into a data-penic realm to perform testing for the isolate. I've had several labs email to ask advice on how to approach this exact scenario—so many that I thought fosfomycin testing might be a good topic for this month's AST blog. 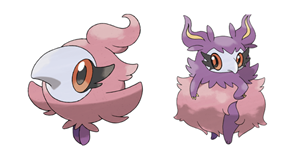 First off, let's talk about the current FDA-cleared form of fosfomycin (Monurol) and its rather narrow indications for use: treatment of uncomplicated urinary tract infections in women due to susceptible strains of Escherichia coli and Enterococcus faecalis. Not for complicated urinary tract infections, pyelonephritis, urosepsis, or perinephric abscesses, and certainly not for species other than E. coli and E. faecalis. Monurol is administered in what they call a sachet—an amusing term to define an antibiotic administration route, given a sachet refers to a small bag containing potpourri, used to scent clothes and linens (first coined in the 15th century, when bathing practices left something to be desired). A sachet is also used to evolve Spritzee to Aromatisse in Pokemon—in case you were wondering. Anyhow, the Monurol sachet contains fosfomycin tromethamine, a synthetic, broad-spectrum, bactericidal antibiotic, which is "perfumed" with mandarin flavor, orange flavor, saccharin and sucrose. The granules are dissolved in water and are taken orally, kind of like Tang. Fosfomycin is a phosphoenolpyruvate analogue which binds covalently to MurA, inhibiting the formation of UDP-N-acetylglucosamine-3-O-enolpyruvate from UDP-N-acetylglucosamine and phosphoenolpyruvate in the organism, thereby inhibiting early steps of peptidoglycan synthesis. CLSI has clinical breakpoints for E. coli and E. faecalis, by disk diffusion and MIC. EUCAST similarly has E. coli disk diffusion breakpoints, and MIC breakpoints for the rest of the Enterobacteriaceae and Staphylococcus species. These CLSI and EUCAST breakpoints differ, because life is complicated.

Fosfomycin is a bit of a beast to test in the laboratory. The CLSI/EUCAST reference methods include disk diffusion (E. coli or E. faecalis, CLSI, and E. coli only, EUCAST), using a 200 µg disk that also contains 50 µg glucose-6-phosphate (G6P)—more on that in a minute. Alternatively, MICs can be determined by agar dilution, using Mueller Hinton agar supplemented with 25 µg G6P. According to CLSI and EUCAST, "broth dilution testing should not be performed." There are also research-use-only Etest strips available. Although the performance of these has not been well-vetted, some performance issues have been noted.

What's the story with the G6P? In order to exert its antimicrobial activity, fosfomycin must be actively transported into the cell. In E. coli, this happens via two transporters: the glycerol-3-phosphate (GlpT, the primary transporter) and the hexose phosphate transporter (UhpT, the secondary transporter). These transport systems are induced by their substrates, glycerol-3-phosphate and glucose-6-phosphate (G6P). Interestingly, in phosphate-rich media, including Mueller Hinton, fosfomycin MICs are higher than when measured in phosphate-depleted media, due to decreased efficiency of these transporter enzymes in the presence of phosphate. G6P is added to the media to compensate for this. Similarly, studies demonstrated that disk diffusion performs best when 50 - 100 µg G6P is added to the fosfomycin disk. Interestingly, when G6P was added to broth and agar media in early studies, broth dilution (BMD) MICs remained 40-fold higher than those obtained by agar dilution with G6P. The inoculum effect is the likely culprit here: the mutation frequency for fosfomycin resistance in E. coli is ~ 10-5 to 10-7. In other words, one Aromatisse for every 100,000 Spritzees exposed to fosfomycin. These are not great odds if you're a Pokemon trainer, but pretty good if you're an E. coli hanging out in the urine, given 105 /mL is the cutoff we use for clinical UTIs. Of course I'm way oversimplifying things here, as a figurative ton of fosfomycin is excreted into the urine, the mutation frequency is inversely related to exposure concentration, and fosfomycin MICs of mutants are overcome by urinary fosfomycin concentrations. But, for AST, the inoculum effect matters: a higher concentration of bacteria is added to routine BMD panels than your typical agar dilution spot, meaning mutants are more commonly observed by BMD, raising the apparent MIC. This effect is also seen, with some frequency, by disk diffusion, as the appearance of colonies in the zone of fosfomycin inhibition. EUCAST recently published guidance for laboratories on how to deal with these colonies in the zone of inhibition. In short, you ignore them, but only if it's E. coli you are testing. Yes, I know—CLSI says we are to measure the colony-free inner zone when doing disk diffusion—but trust me, in this case, not so much. For other bugs, who knows?

Which brings me to the whole point of this blog: what to do if the bug we're asked to test isn't E. coli or E. faecalis? Recently, there has been much interest in the use of fosfomycin for the treatment of multidrug- resistant gram negatives other than E. coli, and in the use of an intravenous solution of fosfomycin for the treatment of a broad range of infections outside the urinary tract. There are clinical data that fosfomycin is effective in the treatment of non-E. coli infections, and multidrug resistant isolates often have "hypothetically treatable" MICs to fosfomycin. EUCAST suggests isolates of P. aeruginosa with MICs below 128 mg/L have been successfully treated, in combination with another antimicrobial. But of course, you'd want to know the relative susceptibility of the organism, and so you call the lab. Many labs (not just us at UCLA, I know there are others out there!) would test by disk diffusion and put a disclaimer on the report, along the lines of "this [not-E. coli, insert species name here] would be considered susceptible/resistant to fosfomycin, if it were an E. coli. Interpret susceptibility results with caution. Research use only." Super-duper clinically helpful, I'm sure. We stopped that, thankfully, when I came to my better senses, and nudged strongly by EUCAST's recommendation against testing non-E. coli by disk diffusion, pending further data.

Then, there are the recent data published by Yohei Doi's group, which documented the fosA gene presence in 98.8% of 2,257 P. aeruginosa genomes they evaluated. In contrast, they found fosA only rarely in E. coli (4.6% of 5,363 published genomes). FosA catalyzes a nucleophilic addition of glutathione to the epoxide ring of fosfomycin, thereby inactivating it. Based on these data, you might classify P. aeruginosa as intrinsically resistant to fosfomycin, as CLSI lists it in the Intrinsic Resistance Appendix B of M100. These investigators also found fosA homologues in most published genomes of K. pneumoniae, K. oxytoca, E. cloacae, E. aerogenes, S. marcescens, M. morganii, and P. stuartii. Interestingly, foscarnet seems to overcome this resistance, but that's another story. And, if you think the inner-colony issue is a problem for E. coli, you should take a look at the data from Raphael Canton's group in Spain on how hard it is to get an Etest or disk diffusion test correlate with agar dilution MICs for P. aeruginosa. They went so far as to suggest diluting the inoculum used in these tests by 1:100 to improve performance (although, to be honest, it didn't really improve it all that much—31% very major errors is still kind of high).

Zavante recently completed their ZEUS trial for IV fosfomycin (data is at FDA), and presented several abstracts at IDWeek on the topic. I am sure susceptibility testing recommendations will come from the company for non-E. coli (or E. faecalis) isolates. Likely with new breakpoints and advice on the use of fosfomycin as part of combination therapy, to boot. In the meantime, unless it's E. coli (or E. faecalis), from the urine, in a patient with uncomplicated UTI, and you're doing disk diffusion. I think the best answer is, "I'm very sorry, but we have no method to test that drug for you, today. Try again next year."