Taking a Shot at Influenza With Educational Games

Share This
This year marks the 100th anniversary of the 1918 influenza pandemic, which killed more people than any other influenza pandemic. Influenza viruses occur naturally in migratory birds and pose a significant threat to both domestic animals (e.g., chickens) and humans. Since highly pathogenic avian influenza viruses spread globally, I think about pandemic preparedness as more than just an academic exercise, with the 1918 pandemic in mind.

My “love affair” with influenza and influenza vaccines to counter it started more than a decade ago. A great part of my career has been devoted to developing vaccines against avian influenza viruses with pandemic potential, such as A/H5N1 and A/H7N9.  And in addition to this research, I have eagerly participated in public outreach to try and communicate the importance of seasonal and pandemic influenza.

Communicating pandemic preparedness doesn’t require a classroom lecture; I’ve found that board games can initiate some of these important conversations. I’ve recently played a game called Pandemic with my kids and other families. Wow, what a great game! For younger players who may not know the epidemiology of global infectious diseases, nor the role of public health, Pandemic boils down the gameplay to the few basic tenets that are universal strategies for outbreak control, with players taking on the roles such as “researcher,” “quarantine specialist,” “operations expert,” or “medic.” If nothing else, the game introduces the simple lesson that accomplishing common goals requires collaborative work.

Pandemic and other educational games are good “teasers” to get players interested in seeking deeper knowledge on the subject matter. The game begins with all players at the Centers for Disease Control and Prevention (CDC) in Atlanta, Ga., which initiates conversations over the role the CDC in public health. While playing Pandemic with my kids, they asked, “Is this what you do in your job?” This allowed me to share a few points about my role as the “researcher” in pandemic preparedness.

I recently participated in Outbreak: Fighting Diseases in a Changing World, a game-like program at Smithsonian’s National Museum of Natural History (NMNH). “Game night” was a wonderful experience. Participants of many backgrounds and ages, ranging from high school students through retirees, worked together to prevent an outbreak of avian influenza. It was so rewarding to watch nonscientists take up discussions on influenza. I enjoyed watching the enthusiastic chatter around the game tables—discussions of the advantages, disadvantages, consequences and overall value of the various control measures in the scenario.  Each table had conversations that were very different from the other game tables—everyone participated and nobody remained silent. 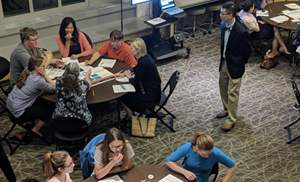 Many of the strategies in the NMNH game have already been debated in the public health sphere, within local public health agencies, at the national level and at the international level. One such example in the game was vaccination of chickens on poultry farms with avian influenza vaccines. Poultry vaccination has been debated among public health authorities in many countries, leading some to initiate routine national vaccination campaigns and others to devote resources to alternative measures, citing that incomplete coverage, viral drift, difficulty with logistical implementation and other reasons could severely limit the effectiveness of this control measure. Many of the deciding factors depend on local, national or cultural context that is unique. Role-playing games, such as Pandemic and the NMNH game, are a great way to introduce these topics and explore why making such decisions can be complicated.

Getting the public interested in these topics is the first step to cultivating greater interest in public health. This was illustrated by 2 college students who approached me at the end of the night to ask about possible careers in public health—they were eager to hear about what types of opportunities were available to them after college. There are so many different paths to take within the sphere of public health! One of the great markers of the success of the game night was that everybody was talking, no one stayed silent, and they kept talking and having side conversations as they were leaving the room!

Great educational games are important tools to help raise awareness of certain scientific themes. In this case, the message was that public health affects everyone, regardless of age, socioeconomic status or career. Incorporating agricultural, educational and governmental aspects into Game Night illustrated the many social facets that a single disease can influence, at the individual or institutional level. Best of all, the participants learned about pandemic preparedness while having fun—the true mark of a great game.

Outbreak: Fighting Diseases in a Changing World is available to interested organizations as part of Outbreak DIY. Those interested in obtaining Outbreak DIY or the game can contact Kerri Dean at deank@si.edu. 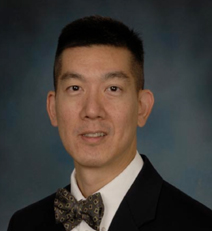 Dr. Wilbur Chen is a board-certified infectious disease physician-scientist and Chief of the Adult Clinical Studies section within the Center for Vaccine Development and Director of the University of Maryland, Baltimore (UMB) Travel Medicine Practice.