Combination Antibiotic Testing: When 2 Drugs are Better than 1 (or 2)

Share This
When it comes to treating bacterial infections, more is not always better – in fact, one of the goals of antimicrobial stewardship is reduction in the unnecessary use of antibiotics – but there are specific scenarios where combination antibacterial therapy has important advantages. Traditional antimicrobial susceptibility testing (AST), however, involves testing a single antimicrobial agent against a bacterial isolate to see if it inhibits growth. So how does AST for antimicrobial combinations work?

Combination antibacterial therapy is not a novel concept: Mycobacterium tuberculosis (TB), one of the oldest known bacterial infections – and one of the world’s most deadly 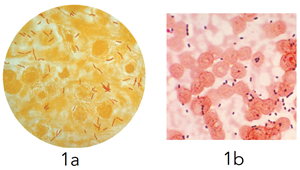 infectious killers – must be treated with multiple drugs to prevent the emergence of resistance during therapy. The simple point mutations by which TB bacilli develop resistance to the drugs used to treat them inevitably occur during the long courses of therapy required for TB treatment, so that a single drug administered alone quickly becomes useless. The likelihood of an individual bacillus developing resistance to three or four drugs simultaneously, however, is vanishingly low. When TB therapy is initiated, clinicians use several drugs to which the patient’s isolate is susceptible individually in order to prevent the emergence of resistance against any of them.

For most bacterial pathogens, however, the development of resistance against commonly used antimicrobials is a much more complex process, involving the occurrence of numerous mutations over time or the acquisition of a fully formed resistance element through transfer of a plasmid, so that resistance is much less likely to emerge during monotherapy. But combination therapy also has potential advantages beyond preventing the emergence of resistance: a second drug may enhance the activity of the first, for example, or may inhibit the activity of a resistance mechanism.

One such method is the checkerboard array, which is a two-dimensional adaptation of the classic broth microdilution (BMD) method. In this method, a bacterial suspension is added to wells in a microtiter 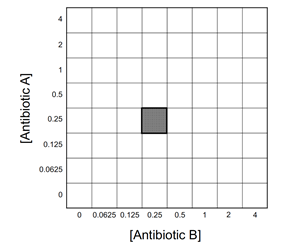 Figure 2. The checkerboard array.  Antibiotic concentrations are expressed as multiples of the MIC. If growth is inhibited in the shaded well, the combination is considered synergistic. (Combinations are only considered synergistic if bacterial growth is inhibited when both drug are at or below one quarter of their individual MIC values, in part because individual drug MIC results have an expected ±1 two-fold dilution variability.).

plate to which two different drugs have been added in serial twofold dilutions (Figure 2). This method has important limitations in reproducibility, related in part to the inherent variability of BMD testing, which is compounded when two drugs are tested at once, although the standard definitions used for synergy in checkerboard arrays take this expected variability into account (see Figure 2).

Another commonly used method is the time-kill assay, in which colony counts are obtained at serial time points from liquid cultures in which bacteria are exposed to each antibiotic individually and to the two drugs together. Unlike the checkerboard array, which can only detect inhibition of bacteria at a given time point, time-kill assays provide information on bacterial killing over time. (It should be noted that these two methods do not always agree, underscoring the need for the development of robust, standardized synergy testing methods).

Interestingly, however, neither of these methods are used in the clinical microbiology laboratory for testing of bacterial pathogens isolated from patients. (A few reference laboratories do offer synergy testing for fungi and mycobacteria.) How, then, does the clinical microbiology lab help to determine whether a drug combination will be useful? For some fixed combination products, labs simply use standard susceptibility testing of the drug combination to determine whether an isolate is inhibited by the combination. This is the case for β-lactam/β-lactamase inhibitor combinations such as amoxicillin-clavulanate or ceftazidime-avibactam. In most cases, the β-lactamase inhibitor component of these combinations (clavulanate or avibactam) is known to be ineffective individually, so if an isolate is susceptible to the combination and resistant to the β-lactam drug alone, then synergy can be assumed.

Trimethoprim-sulfamethoxazole is a commonly used fixed combination antibiotic that consists of two folate synthesis inhibitors that have enhanced activity when used together. Although a bacterial isolate can be tested for susceptibility to each component of this combination individually, labs usually simply test for susceptibility to the trimethoprim-sulfamethoxazole combination. Because the two components of this combination are used almost exclusively in combination (at least in the United States), this result is sufficient: clinicians do not need to know whether the combination is synergistic relative to its components but simply whether it is effective against the isolate infecting their patient.

There is also the special case of aminoglycoside “synergy testing” for Enterococcus species. Properly known as a test for detection of high-level aminoglycoside resistance (HLAR), this is not actually a synergy test at all. It involves testing an Enterococcus isolate for susceptibility to very high concentrations of either gentamicin or streptomycin, aminoglycoside antibiotics that have minimal activity against enterococci on their own. When used in combination with certain cell wall-active antibiotics, however, aminoglycosides (specifically gentamicin and streptomycin) achieve high intracellular concentrations, similar to those used in the HLAR test, and enhance the activity of the primary drug. Thus if an Enterococcus isolate tests negative for HLAR, it can be predicted to respond to aminoglycoside combination therapy (ampicillin, penicillin or vancomycin plus gentamicin or streptomycin).

Another drug that is used almost exclusively in combination is rifampin (Figure 3), which is frequently added to drugs like oxacillin or vancomycin for the treatment of prosthetic valve endocarditis or 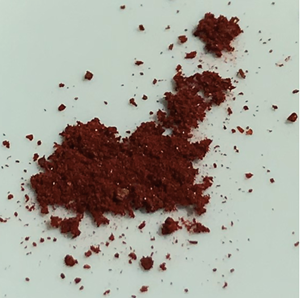 Figure 3. Rifampin. This drug, which has a brilliant red hue, should not be used as monotherapy.

But apart from fixed combination products and the handful of classic examples above, the lab’s role in helping clinicians determine which antibiotic combinations may have enhanced activity for their patients is, at present, very limited. Using the checkerboard array and time-kill methods described above, in vitro studies have identified a host of different combinations with potential synergistic activity, particularly against multidrug resistant pathogens such as carbapenem-resistant Enterobacteriaceae (CRE). Many clinicians who read these articles will be eager, understandably, to have the lab test some of these combinations against a patient’s isolate and will be disappointed, just as understandably, to find out that at-will testing of antibacterial combinations is not offered by clinical microbiology labs.

There are a few important reasons why lab can’t simply test a given drug combination on request. First, the checkerboard array and time-kill methods are time-consuming techniques that most clinical labs don’t have the resources or personnel to perform and, as discussed above, there are some limitations to their reproducibility. Beyond these practical limitations, however, is a concern about the interpretation and clinical relevance of in vitro synergy testing. Antimicrobial synergy studies almost always investigate either in vitro testing or clinical data (which are usually retrospective), but almost never the two in tandem. As a result, we have little understanding of how in vitro results may predict clinical response or of which methods or types of results are most reflective of in vivo activity.

In 2005, a randomized, double-blind trial was published that evaluated outcomes in cystic fibrosis (CF) patients who received combination antibiotic regimens for pulmonary exacerbations that were selected based either on conventional susceptibility testing or on the results of combination bactericidal antibiotic testing. It did not find any improvement in outcomes in patients treated with regimens selected based on combination testing. Because it was one of the very rare randomized, controlled clinical trials in the field of synergy testing, this study received a great deal of attention and has contributed to skepticism about the utility of synergy testing in clinical treatment decisions. However, there are limitations even to traditional AST for isolates from people with CF, because the liquid culture conditions that form the basis of in vitro AST are very different from the biofilms in which pathogens such as Pseudomonas aeruginosa grow in the lungs of CF patients. It is unclear, then, how predictive the results of this study are of the utility of synergy testing for conditions other than pulmonary exacerbations in CF.

It is clear that we need more data to understand which methods of synergy testing are predictive of combination drug efficacy in clinical practice and to standardize and simplify these methods. Techniques that take into account the behavior of both drugs and bacteria in vivo – methods that model pharmacokinetic and pharmacodynamic parameters – may turn out to be more useful than “static” checkerboard or time-kill studies, but they are also more labor-intensive. Any method that might be adopted for the clinical lab would also have to undergo rigorous evaluation for accuracy and reproducibility, which is challenging since quality control parameters for most synergy testing methods are not clearly defined and there is no established process for regulatory approval of synergy testing. In the face of an antibiotic development pipeline that is unable to keep pace with the rise of multidrug resistance, the repurposing of existing antimicrobials in combination regimens has the potential to dramatically expand treatment options, and research to establish and validate practical, predictive combination antibiotic testing methods will be critical.
Share This