Share This
This post is published as part of a collaboration between ASM and the Association of Public Health Laboratories.

Carbapenem-resistant bacteria are kind of a big deal, but don’t take my word for it: both the Centers for Disease Control and Prevention (CDC) and the World Health Organization (WHO) have assigned carbapenem-resistant Enterobacteriaceae, multidrug-resistant Pseudomonas aeruginosa, and multidrug-resistant Acinetobacter baumannii their highest threat level. These organisms are a significant burden in healthcare facilities, have a high rate of resistance, and pose a serious global health threat.

The threat comes from the resistance of these disease-causing bacteria to carbapenems, the last line, broad-spectrum beta-lactams that disrupt bacterial cell wall synthesis.The most clinically important resistance mechanism in Gram-negative bacteria occurs via the production of enzymes that hydrolyze carbapenems. The term itself is misleading as carbapenemases are broadly active on almost all beta-lactams; carbapenemase-encoding genes have been horizontally transferred, leading to a frighteningly rapid global spread; and the mobile elements that carry these genes also confer resistance to other antibiotic classes, leading to multidrug- and pandrug-resistant bugs. This, in turn, leads to use of last-resort antimicrobials like polymyxins (e.g., colistin) and a concomitant increase in resistance to those drugs. More on that later.

It’s important to detect these resistant organisms as soon as possible. Thus, organizations like the WHO and CDC have prioritized development of diagnostics that will enable clinicians to better combat the infections they cause. Matrix-assisted laser desorption/ionization time-of-flight mass spectrometry (MALDI-TOF MS) has revolutionized clinical microbiology diagnostics. The principle of MALDI-TOF MS for microbial identification is simple: an unknown infectious agent can be directly introduced into the mass spectrometer; then, the instrument generates a mass spectrum of microbial proteins, compares it against a reference database of spectra from known organisms, and provides a species identification…all in seconds per sample! It has excelled at every performance metric for a diagnostic test: turnaround time, cost per sample, accuracy, you name it. But can it do anything else? Can it give us more than a species ID? Could it even tell us something about antimicrobial susceptibility?


Detection of carbapenemases by MS began in earnest in 2011 with a study by Burckhardt and Zimmerman. They introduced the strategy that would become the platform most ripe for study in this field and from which commercial platforms would eventually be developed: indirect measurement of carbapenemase activity by detection of degradation products of a carbapenem. In essence, when isolates are incubated in the presence of a carbapenem (usually for < 2 hours), a carbapenemase-producing organism (CPO) will degrade the antibiotic. Thus, when incubation tubes are centrifuged and supernatants are analyzed by MALDI-TOF MS, the degraded carbapenem will be seen (or not seen) in the mass spectra. So, the mass spectrum from a carbapenemase-negative isolate will have peaks corresponding to the intact carbapenem, whereas resistant isolates will instead show the loss of those peaks and possibly the gain of carbapenem hydrolysis product peaks in their spectra. (Figure 1) It’s a simple yet elegant concept. A flurry of studies followed that expanded this platform to include:
These studies were driven by only a few groups, and many are supported by Bruker Corporation, a manufacturer of scientific instruments with a substantial cut of the diagnostics market (your mass spectrometrist colleague has definitely heard of Bruker).  It’s therefore unsurprising that the vast majority of these studies are performed on Bruker mass spectrometers (with a couple exceptions), and that Bruker is the only company to offer commercial products for antimicrobial resistance (AR) detection by MS: the MALDI Biotyper Selective Testing of Beta-lactamase Activity (MBT STAR-BL), which launched in 2014. Optimization and refinement of modules within this software package dominated their ASMS 2016 posters, and there have been a few notable studies evaluating its performance (spoiler alert: it performs well). Bruker followed this up with the unveiling of several microbiological assays at ESCMID 2017, including the MBT STAR-Carba IVD kit, a universal sample preparation assay for MS-based carbapenemase testing. Commercialization of MALDI-TOF MS for carbapenamase detection is moving swiftly.


But this is certainly not the only strategy out there. Remember I mentioned the association between carbapenem resistance and subsequent resistance to colistin? This is why clinical labs and health departments also monitor colistin susceptibility of their CPOs via antibiotic susceptibility testing (AST) and PCR. Resistance to colistin, a toxic, last-line antimicrobial of the polymyxin group, occurs via modification of the lipopolysaccharide (LPS) of Gram-negative bacteria. These modifications – usually the addition of neutral or positively-charged functional groups onto lipid A, the membrane anchor of LPS – reduce colistin binding and the resulting disruption of the bacterial membrane. MS has long been used to observe this, elucidating the structure and mechanism of modified LPS in colistin-resistant Klebsiella pneumoniae, P. aeruginosa, and A. baumannii. But it has also been proposed that these spectra could be diagnostic, and a few groups set out to prove it (full disclosure: this blog writer works with one of those groups).

In 2016, Larrouy-Maumus et al. developed a method for MALDI-TOF MS analysis of lipid A from intact cells and later applied that method to the identification of colistin-resistant E. coli. Interestingly, the authors were able to distinguish between chromosomally-encoded resistance and resistance conferred by the plasmid-mediated mcr-1 gene. Yep, the gene of “Apocalypse Pig” fame. In 2017 and 2018, Leung et al. employed a rapid extraction plus MALDI-TOF MS analysis for the detection of colistin susceptibility in several studies, including a large, prospective evaluation of colistin-resistant A. baumannii clinical isolates in which MS data correlated well with minimum inhibitory concentration (MIC) interpretations. This platform has also included concurrent studies to improve extraction and develop machine learning algorithms for automated IDs to make it more usable for the clinical laboratory. Importantly, both strategies are highly scalable and based on the same MALDI-TOF technology currently in clinical use, although the current MALDI-TOF platforms are not equipped to acquire and analyze lipid A spectra. And I’ll be the first to admit that there is MUCH still to be done.


Will diagnostic labs be ditching traditional AST methods? AR detection by MALDI-TOF MS is not replacing traditional AST, at least not any time soon. For one thing, redundancy in testing results helps avoid misdiagnoses, and you can’t really go wrong with a robust, overlapping confirmatory testing pipeline. But perhaps most importantly, the aforementioned technologies cannot give an antibiotic MIC. I agree with Oviaño and Bou when they said, “The most appropriate position for antimicrobial resistance detection by MALDI-TOF MS is as a rapid technique to solve or confirm individual cases of antimicrobial resistance, such as carbapenemase detection, in a similar way as biochemical methods, like the Carba NP method…are applied.” Nevertheless, the technologies are highly promising. With continued work, I see no reason why AR detection by MS would not find its way into the clinical microbiologist’s toolbox.

The above represent the views of the author and does not necessarily reflect the opinion of the American Society for Microbiology.
Share This 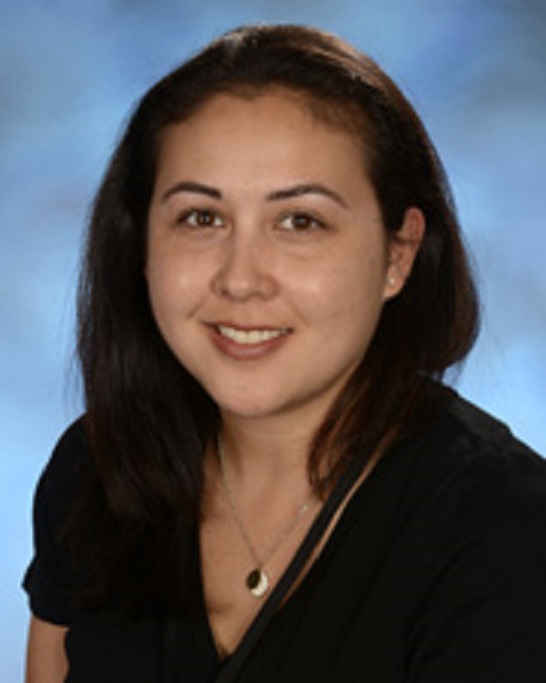 Dr. Lisa Leung is a reviewer of microbiology diagnostic devices at the U.S. Food and Drug Administration Center for Devices and Radiological Health (CDRH). You can follow her on Twitter at @LeungTweets.