Leaving Academia as a Tenured Professor

In academia, there is an assumption that faculty don’t leave the professoriate once they earn tenure. However, there have been several articles recently about people leaving academia like Giving Up Tenure? Who Does That? and There’s no shame in leaving academia that made me wonder why tenured professors choose to leave after spending 20+ years in academia.

I interviewed Dr. Benjamin Levitt, who was a tenured mathematics professor before leaving academic research. He currently is a Data Analytics and Communications Manager at Weill Cornell Medicine.

Tell Us about Your Academic Career Path

In undergrad, I studied literature. Then I started a graduate program in comparative literature and found that it wasn’t quite for me and left with a Master of Arts. I intended to do what I felt might be the opposite - electrical engineering. I first worked at a stationary store, then as a cook, while taking math classes around my work schedule. I took an abstract algebra course, which seemed to click at first, so I did a Ph.D. in math and algebraic geometry at the University of Arizona. I ended up going straight into a tenure-track position from graduate school. I had a Research Experience for Undergraduates and Teachers grant from the NSF which got renewed for 6 summers. I primarily taught and led projects with undergrads. While I liked answering basic questions, math was not my calling and it didn’t have much to do with my identity. I stuck around long enough to get tenure and then quit academia.

Why Did You Leave Academia?

I wasn’t loving the cloistered and ossified culture of academia and didn’t want to be in it anymore. I started looking for other opportunities and it was overwhelming at first. I didn't know how to find other jobs because I only met people in academia.

I ended up getting an email from the newly started National Museum of Mathematics in New York City, and they were looking for someone to run their education department. After a long application process, I got the job offer. Since this is the type of job that only comes around once, I said yes. I left in the middle of the semester and moved to New York to work at the museum, when it was still mostly a construction site.

How Was the Transition from Academia to Working at the Museum?

Personally, it was an adjustment, because being a professor is a whole identity and leaving that behind took some examination. I had to reassert my authority over my own identity, which was not being a professor or a mathematician. Some parts of that identity are still there, including the way of thinking and approaching problems. But what I enjoy now is being free of the assumptions and stereotypes that come with being a mathematician.

It was a bigger adjustment professionally. It was hectic and I had no time to reflect on the transition. Thinking about it now, I used a lot of skills that went well with the different activities I had to do. For all non-academic jobs I've had, there has been a greater variety in the day-to-day tasks than I had seen and experienced in academia.

How Is a Non-academic Career Different from Your Academic Life?

In academia, you are used to long-range planning and working many years ahead for your next career step. For non-academic career paths like the museum, it’s okay not to know what the next step is because if it’s not the right thing, you can always do something else.

Another difference in academia is that it has a leisurely pace. I took more time to think about a single thing and there was no outside pressure to drive towards results. For tenure, the pressure is coming from within you. Now, it’s more apparent that I need to do something because someone needs to get results so they can move forward in their work. So it comes with pressure and being part of something bigger than yourself in a very tangible way, which is very rewarding.

What Do You Currently Do?

I am now back in an academic setting on the administration side, and mathematics is not in my title. I am a Data Analytics and Communications Manager at Weill Cornell and work for a Tri-Institutional M.D./Ph.D. program inside the medical school. What I do now combines mostly what I’ve been doing in different settings altogether, including data management, analytics and communication. Because it’s a smaller operation, I end up doing lots of different things, which keeps things interesting and busy.

I enjoy being on the other side of academia. I was not very qualified having limited experience. But your Ph.D. proves that you can learn how to do difficult things well and solve problems. You have to be bold and apply that into other areas. Although I didn’t have credentials for data analysis, I have expertise and resourcefulness that I can use going forward.

What Advice Would You Give to Those Who Want to Transition Away from Academia?

My advice is to be open to opportunities and different ways of self-identifying. I had to accept the fact that I was missing a decade of work experience. So if you have this kind of limitation, recognize it.

Also, ask yourself what you would like to do, cast a wide net and look for opportunities. For example, I was a Mathematics Editor with Birkhäuser. That position helped me gain a very broad view of the entire field and allowed me to learn about a large range of topics at many different levels. I went to a dozen conferences a year, talked to people from different areas, and was able to understand what good research is and what the needs of different fields were.

I see myself as a collection of experiences, skills and interests. I look for places where my package of experiences can be useful and opportunities that overlap with my interests.

This post represents the writer’s and interviewee’s personal views and not the views of their employers, University of California and Weill Cornell Medicine. 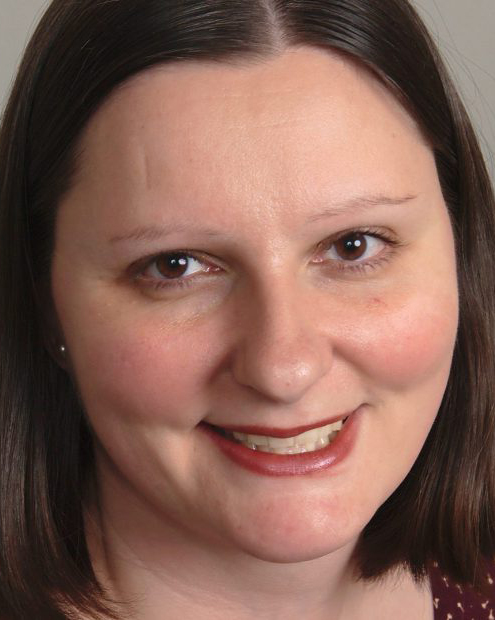 Adriana Bankston is a Principal Legislative Analyst at the University of California Office of Federal Governmental Relations in Washington, D.C.