How Pathogens Penetrate the Blood-Brain Barrier

Share This
The blood-brain barrier (BBB) is a crucial immunological feature of the human central nervous system (CNS). Composed of many cell types, the BBB is both a structural and functional roadblock to microorganisms, such as bacteria, fungi, viruses or parasites, that may be circulating in the bloodstream. As a result, the BBB is a key regulator of microorganism entry into the CNS and exists at the interface of blood vessels and interstitial fluid throughout the brain. The BBB also exists at other intersections of the CNS and periphery, including between blood and cerebrospinal fluid-producing cells. Its purpose is to protect and regulate the brain’s microenvironment.

Composition of the Blood-Brain Barrier

The BBB is composed of multiple cell types. These cells line the microvessels of the brain and work in concert to protect the CNS, and its neurons, from any pathogens located in the periphery.

The BBB is a compound structure following the brain’s labyrinth of vasculature. It’s composed of 4 cell types:

Getting Through the Blood-Brain Barrier

The BBB is effective in protecting the CNS, but as with many barriers, it is not perfect. There remains a healthy debate as to whether the CNS is truly an immunologically-privileged site because it’s not impenetrable to peripheral cells and microorganisms. This permeability raises questions. How do microorganisms enter the CNS? What microorganisms can cross the BBB?

There are 2 mechanisms of transcellular CNS penetration: absorptive-mediated and receptor-ligand mediated. Absorptive-mediated transcytosis (AMT) relies upon charge interactions instead of specific ligand-receptor binding. In AMT, non-specific interactions with the endothelial membrane result in the absorption of a protein, molecule or microbe directly into the endothelial cell. It is then transported across the cell and released into the CNS.

In contrast, receptor-ligand mediated transcytosis (RMT) requires specific binding between the microbe (ligand) and endothelial cell (receptor). Although the absorptive processes for AMT and RMT are similar, host-pathogen interactions require a much higher specificity, thereby limiting the capability of microbes to enter endothelial cells through RMT. Receptors that facilitate RMT include the transferrin receptor, insulin receptor and low density lipoprotein receptor-related proteins 1 and 2 (LRP1 and 2).

Escherichia coli is a popular model for studying microbial transfer across the BBB. Most strains of E. coli are not dangerous, however, particular strains of E. coli, such as E. coli K1, have the unique ability to evade a host’s immune response and reach a high level of bacteremia, which can result in the development of bacterial meningitis. E. coli enters brain microvascular endothelial cells (BMEC) primarily through RMT using a handful of receptors, resulting in host-pathogen binding between the E. coli and BMEC. This pathology is seen most commonly in newborns and can be transferred from mother to child during birth.

Microbes that cross the BBB through the paracellular method pass between endothelial cells, as the prefix 'para,' meaning ‘alongside,’ suggests. In both transcellular and paracellular CNS penetration, microbes must attach to BMEC before they are transferred. In this scenario, a microorganism attaches to a BMEC and enters the CNS between two endothelial cells. Tight junctions, the anchors that hold adjacent endothelial cells close together, are disrupted during this mechanism of microbial transfer.

In contrast to the direct movement of a microorganism across the BBB in trans- and paracellular microbial transfer, the Trojan-Horse method is an indirect form of microbial transfer. The BBB is permeable to phagocytic white blood cells, which regularly circulate in the blood to provide immunological surveillance, migrating in and out of tissues. Some microorganisms co-opt this natural process and use it to their advantage. In the Trojan-Horse method, microbial transfer occurs with the transmigration of an infected phagocyte. As an infected white blood cell crosses the BBB, the microorganism also gains access to the CNS.

Human immunodeficiency virus-1, HIV-1, is a lentivirus that enters the CNS shortly after systemic infection. Although multiple hypotheses exist on how HIV-1 enters the CNS, the frontrunner is that the virus accesses the CNS through the Trojan-Horse mechanism. The virus is well-known to infect host white blood cells using the CXCR4 and CCR5 receptors. Infiltrating, infected monocytes may be the primary carrier of HIV-1 through the BBB.

It’s important to note that these methods of microbial transfer are not mutually exclusive, and microorganisms can use more than 1 route to enter the CNS.

Therapeutics and the Blood-Brain Barrier

Meningitis, syphilis and AIDS are 3 important causes of death worldwide. All 3 are caused by microorganisms that are capable of entering and infecting the CNS, but unfortunately, the BBB’s propensity for protection also acts as a hurdle to treatment.

Therapeutic approaches developed in the last decade exploit existing properties and mechanisms of the BBB. For example, researchers are attempting to deliver neuropharmaceuticals into the CNS using delivery vectors that target receptors on BMECs that are involved in RMT of microbes. Neuropharmaceuticals can also be packaged into biodegradable nanoparticles. This technique also uses existing RMT pathways to gain entry to the CNS and can be further targeted for tissue-specific uptake. 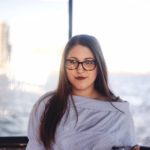 Taylor is a Ph.D. candidate in the Cellular and Molecular Medicine Training Program at Johns Hopkins School of Medicine.