Imposter Syndrome: The Truth About Feeling Like a Fake

Who do you think you are? You don't belong here. Your intellect and experiences are leagues behind that of your peers. There's no way you're cut out for this! Just wait, your proposal will be a flop and then everyone will know that you're a fake. Everything turned out alright, you say? (Again)? The reviewers must not have been paying attention. After all, if you can do it, then anyone can do it.

If someone were to say this to you, you might consider looking for new friends or filing a verbal harassment complaint (and rightfully so). Even very young children can correctly identify this as bullying language. Nevertheless, a lot of us speak this way to ourselves. Why? Engaging in such denigrating internal dialogue could indicate that you, like 7 out of 10 people, experience imposter syndrome (known also as imposterism or the imposter phenomenon), a faulty belief system wherein one chronically doubts his or her abilities in spite of rivaling external evidence.

First described in 1978 by Georgia State University psychologists, Drs. Pauline R. Clance and Suzanne A. Imes, the syndrome's grasp extends far beyond academia. The study population in which Clance and Imes first observed imposter syndrome was a group of "highly successful" professional and pre-professional women (n=150) across several regions, institutes and disciplines, united by their disavowal of personal aptitude. Out of these findings and prior research on theories of gender-based differential success attribution, the authors hypothesized that imposter syndrome — initially thought to affect exclusively women — was the manifestation of internalized social expectations. Because women were regarded as less capable, Clance and Imes reasoned, the cognitive dissonance they experienced from achievement was resolved by concluding the achievement was fake or perceived.

Herein lies the paradox of the imposter syndrome phenomenon: those who suffer from it are typically high-achieving individuals by all objective measures. Contemporary examples include Sheryl Sandberg, Tina Fey, Serena Williams and Sonia Sotomayor. Imposter syndrome has even been attributed to Nobel laureate Albert Einstein, who purportedly admitted, "The exaggerated esteem in which my lifework is held makes me very ill at ease. I feel compelled to think of myself as an involuntary swindler."

Recent data reveals that imposter syndrome affects men as well as women, and disproportionately affects certain racial minorities. Unfortunately, academics are particularly susceptible to imposter syndrome. High rates of experimental failure and administrative rejection, the culture of meritocracy ("publish or perish") and the lack of communication and transparency regarding the arduous journey to professional excellence are among the driving factors. Brilliant instructors and classmates, as well as tomes of obscure theory and technical reports demanding painstaking examination, can be overwhelming for new trainees, potentially sprinkling the seeds of imposterism early on. And, by nature of the syndrome, these feelings don't fade in proportion to experience or length of one's publication record.

Feelings of inadequacy first arose during Teschke's undergraduate years, stemming from a handful of unpleasant encounters, including being yelled at by a laboratory course instructor and being humiliated by a seminar speaker, in both cases for simply asking a question. "I was mortified." She carried these formative experiences with her through her graduate and postdoctoral training. Teschke recalls, "I never asked a question in a seminar my entire time in grad school and rarely asked a question in classes. I was afraid I would ask something stupid and that would negatively impact me with my first advisor." Later, as a new professor, she worried whether she would know the answers to her students' questions.

Imposter syndrome tends to result in chronic, rather than acute, repercussions. A common mechanism by which one becomes trapped in an "imposter cycle" is through overestimating the influence of external factors, such as hard work or networking, relative to intrinsic ability on ultimate achievement. For example, if a grant you perfected for months receives a fundable score, you may attribute your success to the many hours invested rather than the value of your ideas, your writing skills or your preliminary data. A positive reinforcement loop is established where overpreparing becomes synonymous with success. Not only does this belief lead to anxiety when sufficient overpreparation is not possible, it reinforces the personal conviction that you lack ability, and so must compensate with extra elbow grease.

Of course, hard work and well-established professional networks are critical components of an academic's toolbox, but they can only reinforce innate ability, not replace it.

Imposterism is not merely an isolated attitude or opinion; it can drastically affect job performance and has also been associated with anxiety and depression. If you, like many, suffer from crippling imposter syndrome, how can you cope?

Imposter syndrome is not a medical diagnosis; it has yet to appear in the American Psychiatric Association's gold-standard Diagnostic and Statistical Manual of Mental Disorders, for instance. Nevertheless, Clance and Imes demonstrated that cognitive behavioral therapy (CBT) exercises, an evidence-based psychosocial intervention commonly employed by mental health professionals, resulted in positive outcomes among their study population. CBT functions to deconstruct pathologic belief systems and dismantle negative behaviors. One particular exercise calls for simulating the reaction of evaluators upon receiving the subject's confession of intellectual deception, generating such mock responses as: "‘I did not give you an award in English because you charmed me...I honored you for your outstanding work,'" or "‘I don't like your negating me and my opinions.'" In this manner, CBT challenges the individual's perceptions surrounding feedback and performance to bring about sincere recognition of his or her abilities. Clance and Imes also note that group sessions effectively dispelled notions of imposterism for similar reasons: "Mary cannot believe that Jane thinks she is stupid. After all, Jane has a Ph.D. from an outstanding university, is a respected professor and is obviously bright," prompting Mary's acknowledgement that her own feelings of inadequacy are not substantiated by reality.

Thankfully, comparable techniques can be deployed wherever you find yourself today. First, stop dwelling on your self-doubt. "When I feel overwhelmed because I just can't do it all, I say to myself that this isn't productive and I tell myself to get it done," Teschke reflects. Replace imposteristic thoughts with alternative interpretations. Can you rule out with absolute certainty the role of innate ability in your recent sensational chalk talk or research article? Keep a diary of your conditioned reaction to positive feedback and learn to recognize and resist such habits moving forward, another strategy prescribed by Clance and Imes. Above all, talk to others about how you're feeling. "Finding allies is really important. You should have someone that you can talk to and [that] can back you up," says Teschke, whose case of imposter syndrome abated as she grew into her teaching role and developed a research niche, although it still flares up before interviews. Imposter syndrome is absurdly common; it's practically the norm! Hearing from others about their experiences will assure you that you are not alone in your self-doubt. The respite of solidarity should not be underestimated.

In addition to considering individual management of imposter syndrome, are there benefits to be reaped from systemic improvement, as well? The extraordinary difficulty of academic careers is rarely addressed in any substantive way, potentially leading many who struggle to assume that they're the only ones. Increased transparency surrounding the trials and triumphs of all academic career stages should be prioritized. To this end, one Princeton professor published his "CV of failures" — a list of all the programs, opportunities and grants from which he'd been rejected — sparking an internet trend in which countless scholars followed suit.

Normalizing candid conversations within and across fields of study, especially when led by prominent academics, would unmask the nonlinear path to success. Equally important is the timing of these conversations; the earlier, the better. If trainees can anticipate feeling overwhelmed or incompetent, they may be steeled against full-blown imposterism. Individuals at all levels must act with goodwill and humanity. Professional growth does not need to be traumatic. One-upsmanship in the form of toxic competition between colleagues is not productive, potentially stifling collective progress by creating a community in which people are afraid to ask questions, afraid to fail: innovation's prerequisites.

If you feel like an imposter, you're in good company. The symptomatic feelings of inadequacy can be managed with time and practice, but they may never subside altogether. That's okay. Teschke concludes, "Self-doubt is part of being human. I worry when I see people who appear to be completely confident – I think they generally are not very empathetic." It's important to leave room for humility as a scientist and to leave room for empathy as a person. They beget authenticity. Is there anything more antithetical to an imposter?

Note: The above content is not to be regarded as medical advice, diagnosis or treatment. Always seek the advice of your physician or other qualified healthcare provider with any questions you may have regarding a medical condition or treatment and before undertaking a new health care regimen. Never disregard professional medical advice or delay in seeking it because of something you have read on this website. 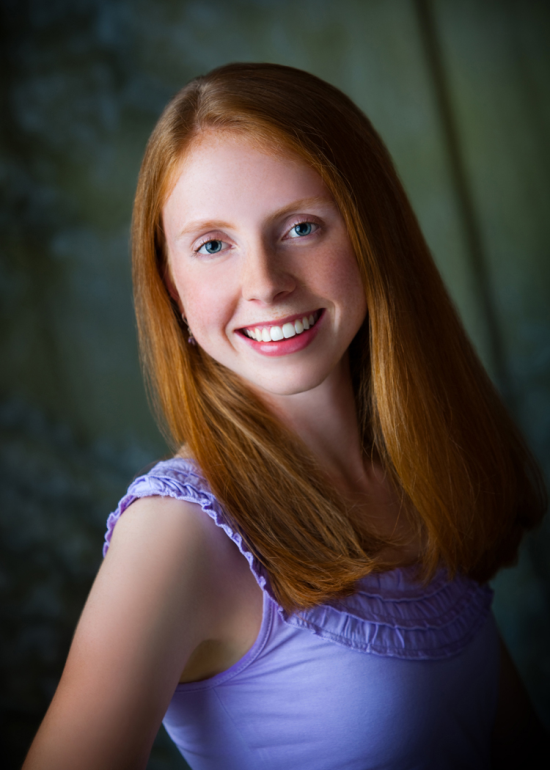 Katherine Caflisch is a Ph.D. candidate at the Mayo Clinic Graduate School of Biomedical Sciences and a member of ASM’s Committee on the Status of Women in Microbiology (CSWiM).