Share This
Dr. Adrian Land is a senior manager of regulatory affairs at Procter & Gamble, where he is responsible for getting new products to the market by focusing on product safety, microbiology and development. Shockingly, becoming a microbiologist was not Land’s original goal when he started his academic journey. In fact, he came to microbiology through a desire to work in science policy and as a way to “honor God through service to others.”

During his undergraduate years, Land originally focused on becoming a physical therapist. An internship with the National Oceanic and Atmospheric Administration Educational Partnership Program with Minority Serving Institutions (NOAA EPP/MSI) changed his life forever. As an intern, he worked in science policy, which provided multiple opportunities to explore non-traditional careers in science. Upon completion of the internship, he knew he wanted to use his career to impact the lives of people around him. With the goal of a career in science policy in mind and encouragement from his advisor, Land decided to pursue a Ph.D. with hopes of opening up career opportunities. Land’s Medical Microbiology class sparked his interest in infectious diseases and “how [they] impacted individuals and the economics of countries.” This ultimately determined his scientific focus on microbiology.

As he transitioned into graduate school, Land was challenged by imposter syndrome, but progressively realized that all of the graduate students were struggling with something as well. It wasn’t just him. Several staff members in the Biology department, his fraternity brothers, faith community and then fiance/now wife provided Land with the courage he needed to step outside of that imposter syndrome and fully take advantage of his training. Over time, his success and love for research became more and more apparent, as he received research fellowships and grants and published multiple manuscripts. These achievements left Land with less apprehension regarding whether or not he belonged in science. Most importantly, he was now aware that he could help others through science and his sense of belonging was strengthened by his research success.

Land constantly uses his past laboratory experience as a microbiologist within his current role, especially when evaluating the impact of preservative efficacy and microbiological quality regulations. During his research career, Land identified microorganisms contaminating counterfeit and unapproved contact lenses, confirmed tobacco product composition and even enhanced vaccination design and antimicrobial targeting. These achievements represent years of successful training that Land utilizes daily while providing trustworthy products to over 5 billion Procter & Gamble consumers, some of whom are his own family.

Land speaks of the lack of diversity in STEM as having a number of impacts on his journey and development. He stated that, “There is a certain responsibility that comes with being the ‘only one.’ Often, there is an expectation that your thoughts, actions or abilities speak for your race instead of just you.” Land finds several ways to assist students with breaking the barriers that exist due to lack of representation within science. He advises Black scientists to “not limit themselves and to block out negativity.” Land benefited widely from programs like the NOACC EPP/MSI internship and the Annual Biomedical Research Conference for Minority Students (ABRCMS) “that focus their efforts on recruitment and retention of underrepresented groups in STEM.” These efforts allowed him to block negativity through an increased number of opportunities, which provided career development and preparation for him.

Now, Land serves as a resource to others, using every opportunity to serve his community through several platforms, speaking about career paths and the importance of role models and mentoring, volunteering at scholar programs and even housing homeless teenagers. He is an amazing example of a successful scientist who takes the initiative to help others succeed. His core philosophy in life is to “honor God through service to others.” With this mindset, he has discovered a science career and several community initiatives that allows him to do just that.
Share This 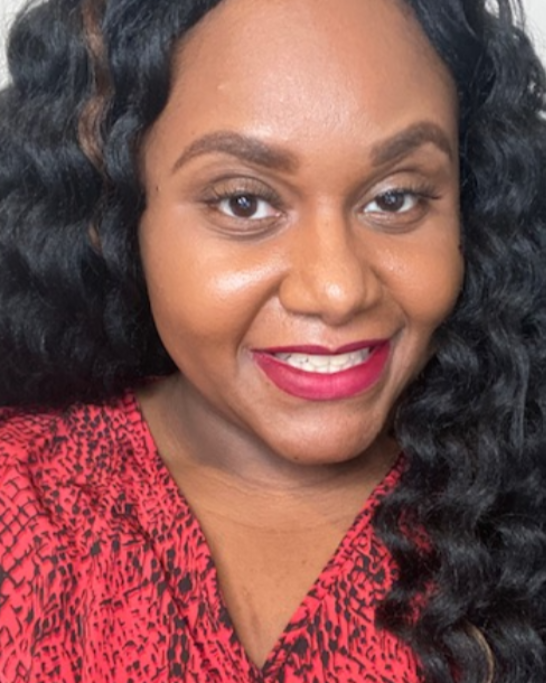 Dr. Lataisia Jones is the Senior Ethics Specialist at the American Society for Microbiology.