Why Studying Microorganisms in the Air Is Vital

Environmental microbiology covers microbes in water and soil, but did you know that air is also a microbial habitat? Air can be considered one of the least hospitable environments for microbes because it holds fewer nutrients and thus supports relatively fewer organisms. As a result, aeromicrobiology, the study of living microorganisms suspended in air, traditionally gets less attention than aquatic or soil microbiology. However, mounting evidence of airborne COVID-19 transmission has generated new interest in the field.

Microbes that are suspended in air are also called bioaerosols. Pathogenic bioaerosols are dependent upon prevailing physicochemical properties of the atmosphere, such as temperature, humidity, solar radiation, wind, precipitation and air pressure, for transport and survival. High temperature, for example, is generally unfavourable to the survival of bacteria and viruses in air, but with a more marked effect on the latter. Climate change has caused increased global atmospheric circulation, thus potentially moving bioaerosols from one geographic location to another. In turn, microorganisms suspended in air can act as nuclei for precipitation and can ultimately affect the climate. Also disturbing is the possibility of emerging and reemerging diseases occurring as a result of erratic climatic conditions adversely affecting microorganisms’ metabolic activities.

The troposphere, or innermost layer of Earth’s atmosphere, is the most favorable for growth and survival of microorganisms. One reason is because it contains more water vapour than the other layers, thus preventing desiccation of the cells and also allowing a certain level of biological activity to be retained. Unlike soil microbes, which can be regarded as native to their environment, microbes found in the air only get there by being introduced from another source. Indeed, certain human activities, such as waste disposal, waste treatment, agriculture and industry, have the potential to release microbes into the air. Soil is a major source of bioaerosols as one gram of soil can hold millions (or even more!) bacterial and fungal cells, some of which exist in their spore form, making it easier for them to survive the harsh conditions of the atmosphere when they do become suspended.

Due to especially high mortality rates in developing countries, tuberculosis remains one of the most economically impactful infectious diseases in the world. Mycobacterium tuberculosis bacteria, the causative agent, have been shown to remain viable in air for up to 6 hours. The very small size of the bacterium (1-5µm range) allows it to remain suspended in air within bioaerosols when released from the lung, where it becomes subject to prevailing aerodynamics and can be transmitted to a susceptible host through inhalation, especially in a poorly ventilated indoor space. However, despite the fact that the spread of the bacteria has been correlated to close proximity with personal contacts, it has been difficult to establish aerosol transmission through conventional methods. Air sampling for viable M. tuberculosis from infected patients has proved challenging, and nucleic acid-based methods, such as PCR, may not always detect viable bacteria. One study used an in vivo air sampling model to show that environmental control measures are very pertinent in preventing the airborne transmission of tuberculosis.

Fungi are found in air mostly as spores. Spores are generally able to survive harsh environmental conditions for the following reasons: possession of a thicker cell wall; protective small molecules (sugars, amino acids, sugar alcohols and betaine) and expression of heat shock proteins. These features allow fungal spores to remain viable in air for longer periods than their vegetative forms. The transatlantic movement of fungal spores by wind from Africa is thought to be the source of certain plant pathogens in Brazil, the Caribbean and the United States. The protracted drought in Northern Africa over decades has also been linked to soil dust bearing aerosolized spores of Aspergillus sydowii, which cause the death of corals in the Caribbean and in Florida. Long distance dispersal (LDD) of fungal spores thus has a marked impact on plants, corals and other marine organisms. Fungal genera found in the air include standard players, such as Aspergillus, Penicillium, Rhizopus and Alternaria, along with other fungi, such as Coccidioides imitis and Histoplasma capsulatum, that can cause potentially life-threatening airborne disease in humans. The latter 2 are both found in guano (bird and bat droppings).

The disease caused by H. capsulatum, known as histoplasmosis, is transmitted by inhalation of conidia and hyphal fragments of the fungus found in dust and aerosols, especially in enclosed spaces like caves. However, as a ubiquitous fungus, it can also be found in open spaces. Environmental conditions, such as humidity of more than 60% (a common feature of bat caves), and temperature of 18-28°C, influence its sporulation in soil. Eventually, the infective propagules become aerosolized and inhaled by humans during recreational activities (e.g., tourists visiting caves) and occupational exposure (e.g., demolition sites).

Another group of microorganisms that are important in aeromicrobiology are viruses. Viruses are transported in air through either respiratory droplets or aerosols, in which they remain viable (depending on the prevailing environmental conditions) until they are transmitted to a susceptible host. Aerosols cannot be seen with the naked eye (except with the use of specialized equipment), while droplets can be seen as the spray of fluid released during a sneeze. The Spanish Flu and COVID-19 are both airborne viral outbreaks that became pandemics, and have left their mark on history. The current pandemic has raised questions about the role certain environmental and climatic factors play in transmission. Studies on the possible effects of environmental factors on airborne transmission of SARS-CoV-2 suggest that higher temperature (⋝38°C), wind turbulence and ultraviolet (UV) radiation slow down the transmission of the virus.

In the wake of the COVID-19 pandemic, people have become more aware of the spread of the severe acute respiratory syndrome coronavirus 2 (SARS-CoV-2) via respiratory droplets. However, the small size of aerosols (<5 µm) bearing viral particles (<100 nm) means the virus can remain suspended in air for longer periods, thus posing a bigger threat than larger respiratory droplets (5-100 µm) that easily succumb to gravity and fall onto surfaces. SARS-CoV-2 bioaerosols released during speech, singing or shouting have the possibility of lingering in indoor spaces, thus increasing the chances of high-transmission events. A 2019 study showed that some individuals are “speech super-emitters” who release aerosol particles at an order of magnitude greater than the average person. The average person releases about 1-50 aerosol particles per second, depending on loudness of their speech. Voice amplitude has also been shown to be directly proportional to the rate of aerosol particle emission. Thus, an asymptomatic super-emitter infected with COVID-19 could have a tremendous impact on the spread of the virus through aerosols in poorly ventilated indoor settings, especially during activities like singing.

The role of the airborne route of transmission of the SARS-CoV-2 virus is receiving increased attention globally. Even though there is some level of controversy regarding the role of aerosols in the COVID-19 pandemic, there is mounting evidence that this is actually a very important route for the spread of the virus. However, only a very limited number of studies have shown the presence of SARS-CoV-2 viral particles in the air. The viability and concentration of the virus in aerosols diminishes after approximately 3 hours, making it difficult to isolate the viral particles in the laboratory. As with M. tuberculosis, this poses a serious challenge in linking the presence of microorganisms in aerosols to the associated airborne disease. Yet, studies have suggested that the impact of aerosols in the spread of the disease is substantial, especially in indoor environments with poor ventilation.

Fields of research like mathematical modelling have opened more possibilities of analyzing infectious diseases, thus providing more understanding about their transmission in the community. It is important to study airborne diseases from a multidisciplinary angle in order to achieve a comprehensive picture and ultimately a multipronged approach to tackling and preventing future outbreaks. Applying data science tools such as artificial intelligence and big data would provide valuable insight in studying microorganisms suspended in air and their impact not just in health but in climate change and the environment. A consortium of experts in microbiology, epidemiology, infectious diseases, aerosol science, mathematical modelling, data science and public health, working together as a team, could beneficially impact the study of microbes suspended in air. The intricacies of airborne diseases and their health implications is only one of the reasons that should motivate us to pay bioaerosols this deserved attention. 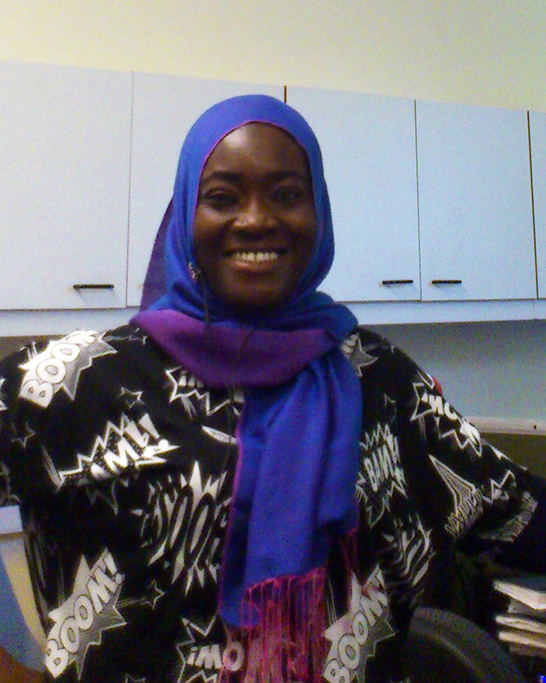 Dr. Habiba I. Atta is a senior lecturer of environmental microbiology in the Department of Microbiology, Ahmadu Bello University, Zaria, Nigeria.