Share This
Dr. Elizabeth McCoy was a pioneering microbiologist and dedicated mentor at the University of Wisconsin. Her discoveries in antibiotics and industrial fermentation have left a legacy of using microbial solutions to solve humanity's problems.

Wonder of the Natural World

McCoy’s fascination with the natural world started on the family farm where she was introduced to, as she called it, “applied bacteriology.” Her mother taught her the importance of household hygiene and canning techniques, while her father taught her about pasteurization and tuberculosis (Mycobacterium bovis) eradication in cattle. Communicable diseases of the day such as scarlet fever, pneumonia and spanish flu, combined with a painfully infected pony bite, helped cultivate her curiosity of the microbial world.

McCoy followed her curiosity to the neighboring town of Madison, at the University of Wisconsin, where she studied agricultural bacteriology as an undergraduate. In 1925, about to graduate and with a job offer from the U.S. Department of Agriculture (USDA) Bureau of Home Economics, McCoy was faced with a decision that would change her life. An opportunity arose to work with Dr. E.B. Fred, “the genius of the [Agricultural Bacteriology] department” as described by then-chairman Dr. Edwin G. Hastings. McCoy chose graduate school and Fred’s lab and never regretted it.

Establishing the Field of Acetone/Butanol Fermentation

During and after World War I (WWI), due to shortages in precursors of rubber and munitions, combined with supply chain interruptions, industries invested in developing large-scale production of acetone and butanol using microbial fermentation. Fermentations were performed with enriched cultures and uncharacterized isolates until McCoy carefully characterized acetone/butyl producing Clostridium bacteria and proposed the name Clostridium acetobuylicum. She characterized growth conditions, fermentation products and serological relationships to disease-causing Clostridium species.

McCoy’s work on Clostridium, in addition to writing the “root nodule bible,” earned her an M.S. in 1926 and Ph.D. in 1929. The newly minted Dr. McCoy embarked on a National Academy of Sciences Fellowship and visited multiple labs throughout Europe, but returned home to the University of Wisconsin as an assistant professor in 1930, advancing to full professor in 1942.

Contributions to the Golden Age of Antibiotic Discovery

During World War II (WWII), a collaborative effort was established to increase the production of penicillin, as the miracle drug was prohibitively expensive to produce. McCoy identified a key penicillin-producing strain, and mailed the first samples to industrial scientists. Strains were openly shared to help with the war effort, an example of scientists working together during a time of need instead of prioritizing profits. The project was a great success and led to the mass production of penicillin, allowing treatment of previously deadly infections and aiding the war effort by saving the lives of wounded soldiers who otherwise would be faced with amputation or death.

McCoy continued research into antibiotics with graduate student Robert Smith, leading to the isolation of the antibiotic oligomycin. Oligomycin inhibits ATPsynthase and blocks protons from being pumped across the inner mitochondrial membrane. While never adapted as an antibiotic for clinical use due to its high toxicity, oligomycin became a tool to study metabolism and energy, particularly in mitochondria. Further research building on McCoy’s discovery of oligomycin has led to compounds that are currently being tested as cancer treatments.

McCoy was a well-rounded bacteriologist, as she initiated and collaborated on projects ranging from lake microbial ecology, Streptococcal diseases, antibiotic resistance and effects on microflora, micronutrient requirements, food safety, wastewater treatment and bioremediation.

McCoy retired in 1975, but remained active in mentorship and research until she passed away in 1978. McCoy generously donated to her community, contributing money, property and patents to Wisconsin-centered organizations. During her 43 years at the University of Wisconsin, McCoy trained 47 Ph.D. and 110 master’s students. Some notable trainees and their contributions include the following:

On the issue of gender discrimination, McCoy said she always felt welcome and part of a team at the department of bacteriology and was given the support and responsibility she needed. During WWII, lecture positions opened in the university as young men left for the war, which allowed McCoy to gain responsibility and establish herself.

Although McCoy felt welcome, evidence of microaggressions remain in newspaper clippings. In 1946, The New York Times wrote about McCoy’s patent for acetone and butyl alcohol production titling their piece, “Wisconsin University Girl Wins Patent on an Industrial Solvent.” In 1952, the local paper highlighting her farmhouse wrote, “she is connected with the faculty of the University of Wisconsin Department of Bacteriology.” McCoy was a full professor at the time both articles were written.

McCoy’s legacy is best summarized in a University of Wisconsin remembrance from James Batt, “She is abroad in the minds and the hearts of her many former students, whose lessons from Elizabeth spoke to the human spirit as much as to the human intellect. She is abroad through her lifetime of scholarly research, which shall long point the way toward new discoveries and new knowledge.” 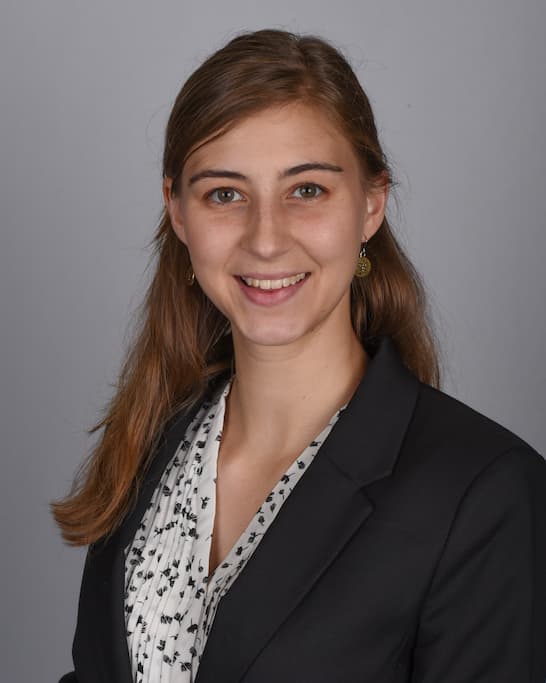 Bridget Conley is a Ph.D. candidate at the University of Minnesota studying the who, why and how of microbes that breathe solid minerals.