Animals and COVID-19 Transmission: Some Answers and a Few Big Questions

Share This
On April 5, the Bronx Zoo and the United States Department of Agriculture (USDA) announced that a Malayan tiger (Panthera tigris jacksoni) at the zoo had been infected with the novel coronavirus, SARS-CoV-2 (the virus that causes COVID-19 in humans).

After several lions and tigers at the zoo showed symptoms of respiratory illness, veterinary personnel took diagnostic samples from an anesthetized tiger. These included nasal and oropharyngeal swabs, as well as aseptically collected tracheal wash samples.

All samples tested were positive for SARS-CoV-2. Sequences from the samples were consistent with human SARS-CoV-2 sequences. The research is published in Microbiology Resource Announcements, a journal of the American Society for Microbiology.

This is the first of multiple instances of Felidae becoming infected by SARS-CoV-2 in the United States. All are expected to recover.

The investigators write that “this finding should not be used to infer risk of SARS-CoV-2 infection in companion animals.” USDA and the Association of Zoos and Aquariums (AZA) also state that at this time, there is no evidence to suggest that any animals, including pets or livestock, can spread SARS-CoV-2 to people.

According to USDA and the Bronx Zoo, no symptomatic employees worked with the cats. The case suggests that a zoo employee who was either asymptomatic or who had not yet developed symptoms spread the virus to the tiger.

Zoos and aquariums accredited by AZA, most of which are temporarily closed to the public as a result of the COVID-19 pandemic, have received guidance to take precautions, including social distancing from coworkers and animals and higher use of personal protective equipment.

The research is timely because of the possibility that SARS-CoV-2, which likely originated in bats, might find new hosts, from which it could leap back into people, Ralph S. Baric, Ph.D., told National Geographic. These new hosts could then act as reservoirs for the virus, continually reintroducing it into human populations. The risk is low, but merits attention, he said, in order to avoid resurgence of the pandemic. Dr. Baric is William R. Kenan, Jr. Distinguished Professor, Department of Epidemiology, and Professor, Department of Microbiology and Immunology, Gillings School of Global Public Health, University of North Carolina, Chapel Hill.

Animals that have the most contact with humans have the highest probability of becoming infected, disease ecologist Peter Daszak, Ph.D., President of EcoHealth Alliance, New York, N.Y., told National Geographic. He said that antibody testing of key species would be the most strategic monitoring method.

In a study published April 8 in Science, investigators from the Peoples’ Republic of China inoculated individual animals from multiple species with SARS-CoV-2. They found that ferrets—frequently used as animal models of respiratory disease—and domestic cats have high susceptibility to SARS-CoV-2, dogs have low susceptibility and chickens, pigs and ducks are not susceptible. The investigators showed that virus-free cats could become infected via airborne transmission of virus from infected cats.

Since then, a small study, published as a letter May 13 in the New England Journal of Medicine, demonstrated cat-to-cat transmission in 3 cohorts of 2 cats, each.

However, some top experts are not concerned about pets transmitting the virus to humans. Anthony Fauci, M.D., Director of the National Institute of Allergy and Infectious Disease at the National Institutes of Health, has said that "there is no evidence whatsoever that we've seen, from an epidemiological standpoint, that pets can be transmitters within the household."

According to guidance from the Centers for Disease Control and Prevention (CDC), “the risk of animals spreading COVID-19 to people is considered to be low.” Nonetheless, CDC has recommended that pets should be kept at social distances from people and animals from other households. USDA and CDC do not recommend routine testing of animals for this virus.

USDA recommends those diagnosed with COVID-19  restrict contact with pets and other animals while exhibiting symptoms until more information is known about the virus. If you must care for your pet or be around animals while you are sick, wash your hands before and after you interact with them.

At this early stage, CDC’s caution sounds wise in view of the above-mentioned studies in Science and the New England Journal of Medicine that found high susceptibility to COVID-19 in cats, and cat-to-cat transmission, respectively, as well as findings from Wuhan, China, where the pandemic originated, that 15 out of 102 cats tested were found to have antibodies to SARS-CoV-2. Three of these infected cats’ owners had had COVID-19; 6 were strays, and 6, sampled at veterinary clinics, had had no known contact with an infected owner. ). More cats have been infected in other parts of the world. In light of this, and of their own results, the Science authors advise that “surveillance for SARS-CoV-2 in cats should be considered as an adjunct to elimination of COVID-19 in humans.” 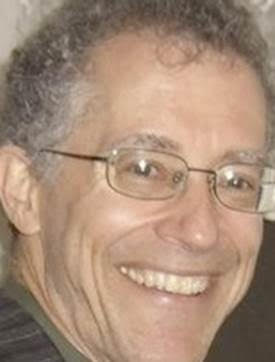