Share This
The Joint United Nations Programme on HIV/AIDS (UNAIDS) 95:95:95 goal is to have 95% of people living with human immunodeficiency virus (HIV) know their HIV status, 95% of people who know their status in treatment and 95% of people on HIV therapies have suppressed viral loads by 2030, thereby ending the global epidemic. These targets are based on the fact that individuals living with HIV who are in treatment and maintain an undetectable viral load have quantities of HIV in their bodily fluids that are untransmittable to others. This is known as the U=U concept—undetectable=untransmittable.

However, the large number of HIV positive individuals who go undiagnosed or untreated, viral resistance to antiretroviral drugs and breakthrough infections in those taking pre-exposure prophylaxis (PrEP) are complicating the path to ending the epidemic.

HIV-infected individuals typically experience flu-like symptoms within 2-4 weeks of exposure. During this acute phase of infection, the virus replicates rapidly and HIV RNA and HIV p24 antigen levels rise. After the acute phase of infection, the rate of HIV replication slows. More serious symptoms of HIV infection, such as opportunistic infections like Karposi’s sarcoma, can take years to manifest. Without treatment, HIV infections eventually advance to acquired immunodeficiency syndrome (AIDS).
The Centers for Disease Control and Prevention (CDC) estimates that roughly 1.1 million people in the U.S. are HIV-positive. Of those 1.1  million, roughly 154,000 (~14%) are not aware that they are living with HIV and urgently need testing. The CDC estimates that, of the new HIV infections that occurred in 2016 in the U.S., roughly 80% of them originated from HIV-positive individuals who either did not know their status, or were aware of their positive status but were not receiving HIV therapies. Even of the 67% of HIV-positive individuals (diagnosed and undiagnosed cases based on prevalence estimate report) in the U.S. receiving HIV therapies in 2016, only 53% were virally suppressed (<200 copies of HIV per milliliter of blood). These numbers fall far short of the 95:95:95 goal, perpetuating the cycle of transmission.

First line treatment regimens typically consist of 2 nucleoside reverse transcriptase inhibitors (NRTIs) prescribed in combination with one of 3 drug classes: an integrase strand transfer inhibitor (INSTI), a non-nucleoside reverse transcriptase inhibitor (NNRTI) or a protease inhibitor (PI). Regular viral load monitoring is imperative to ensure that treatments are working effectively to suppress the virus, and that the patient is not able to transmit the virus to sexual partners. If treatments are missed or inconsistently taken, viral replication resumes. Each round of replication is an opportunity for mutations in the viral genome, which could potentially confer drug resistance. Random mutations that lead to ART resistance render the patient’s treatment regimen ineffective and create an environment where the mutant quasi-species thrives over wild-type quasi-species when treatment is resumed. For example, resistance in individuals who re-initiated efavirenz and nevirapine (both NNRTIs) after stopping treatment was 21% higher compared to first-time users. Drug-resistant strains are then transmissible to subsequent sexual partners.

The impact of a mutation on a patient's treatment options varies depending on the specific mutation, and performing drug resistance testing can aid in selecting an alternative treatment regimen. Certain classes of drugs are more vulnerable to debilitating mutations than others. For example, some single base mutations can confer high-level drug resistance to nucleoside/nucleotide reverse transcriptase inhibitors (NRTI/NtRTI) and non-nucleoside reverse transcriptase inhibitor (NNRTI) drug classes. Conversely, multiple simultaneous mutations need to occur to confer resistance to protease inhibitors (PI).

From 2014 to 2018, HIV drug resistance to NNRTIs exceeded 10% in the majority of countries who report data to the World Health Organization (WHO), with the rate of HIV drug resistance in women almost double that seen in men in the same areas. (Because of WHO recommendations for reducing mother-to-child transmission, many women living with HIV were prescribed antiretrovirals throughout pregnancy and then terminated treatment post delivery. In 2015, the WHO changed the guidance and recommended that expectant and breast-feeding HIV positive mothers remain on antiretrovirals for life.) The increasing prevalence of drug resistant strains complicates the path to achieving viral suppression in 95% of people living with HIV.

How Do PrEP Breakthrough Infections Occur?

Pre-exposure prophylaxis (PrEP) is a highly effective intervention that helps prevent HIV acquisition in HIV-negative individuals who are at high risk of becoming infected. PrEP, in conjunction with safer sex counseling and safer injection practices, is a cornerstone in reducing HIV incidence. PrEP is a single daily pill containing 2 NRTI drugs, tenofovir and emtricitabine, which, when taken consistently, prevents HIV from establishing an infection.

Although PrEP is highly effective for preventing HIV transmission, some concerning breakthrough infections have occurred. In one example, it was difficult to discern, due to lack of monitoring, if the breakthrough infection occurred because the patient was exposed to tenofovir- and emtricitabine-resistant HIV, or if the patient acquired HIV, and due to subtherapeutic drug levels from incomplete PrEP adherence, resistance to tenofovir and emtricitabine emerged. This highlights the necessity of strict adherence to the PrEP regimens to prevent widespread HIV resistance. Although concerning, the likelihood of breakthrough infections occurring in individuals consistently taking PrEP is exceedingly rare, with only 6 cases recorded as of April 2019.

Finally, there are concerns that the potential benefits of PrEP could be offset as people feel there is an added layer of protection, and thus are more willing to engage in high-risk behaviors. The increasing use of PrEP is associated with decreased condom usage and also coincides with an increase in other sexually transmitted infections (STIs). PrEP needs to be accompanied by education from healthcare providers explaining why vulnerable populations need to continue to participate in safe sex practices. Furthermore, public health advocates need to continue to promote condom usage in all at risk populations.

We need improved global HIV screening and HIV drug resistance screening programs if the UNAIDS 95:95:95 goal is going to be met. Further research and innovation are essential to ensure that new, efficacious therapies continue to be available to patients. Although the HIV landscape has dramatically improved over recent decades, much work is still needed if global targets to end the HIV/AIDS epidemic are to be met.
Share This 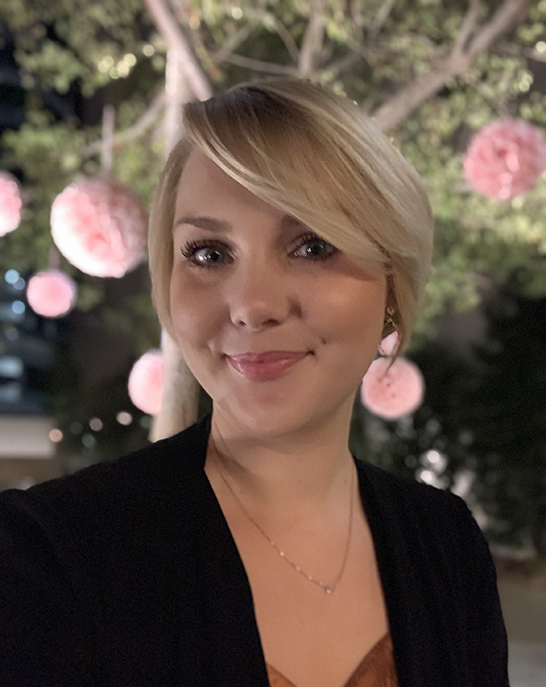 Jordanna Jayne, Ph.D. is a regulatory affairs specialist at Hologic, Inc., in the diagnostics division.