Bacterial communication relies on versatile chemical signaling molecules called autoinducers, which regulate bacterial gene expression in a process known as quorum sensing. Like languages between humans, these signals vary between species. Some bacterial species can interpret many different signals, while others respond to a select few. Quorum-sensing allows individual bacteria within colonies to coordinate and carry out colony-wide functions such as: sporulation, bioluminescence, virulence, conjugation, competence and biofilm formation.

"critical mass." That threshold makes it energetically unfavorable for intracellular autoinducers tocontinue to leave the cell (whether through diffusion or transport), resulting in an increase in their intracellular concentration. Once intracellular concentration increases, autoinducers bind to their receptors, triggering signaling cascades that alter transcription factor activity and therefore, gene expression. For many bacteria, the change in gene expression includes downregulation of autoinducer synthesis in a negative feedback loop.

Quorum Sensing Within a Species Can Coordinate Disease Progression

The infamous gram-negative pathogenic bacteria Vibrio cholerae uses quorum sensing for virulence during a cholera infection. V. cholerae builds biofilms to help transport nutrients between colonies while simultaneously protecting them. The ability to form biofilms within its host ensures the success of the bacteria’s reproduction cycle and eventual secretion of cholera toxin, 1 of 2 virulence factors that contribute to 21,000 to 143,000 cholera deaths worldwide each year.

Biofilm production comes to a simultaneous halt across all V. cholerae bacteria, and a new sequence of quorum sensing moves V. cholerae through its infectious process. With this knowledge, researchers are now exploring V. cholerae’s quorum-sensing process as a therapeutic target. For instance, one exciting study demonstrated that overloading V. cholerae with its autoinducer can halt the process of biofilm formation completely, and potentially delay the infectious process enough for our immune systems to catch up. Disrupting the bacterial communication structure is an exciting innovation and practical response to the sharp rise of antibiotic resistance across bacterial species.

Quorum sensing between different bacterial species occurs as well. For example, some species cannot produce their own autoinducers, but have receptors for the autoinducer molecules of other species, allowing them to sense and respond to others in their environment. Like humans, bacteria operate on a continuum of individualism and collectivism. This quality can breed conflict, but also collaboration and interspecies quorum sensing can take both forms.

Right now, bacteria distributed throughout your gut use quorum sensing during a never-ending war against harmful bacteria. One study determined Bacillus spores in our gut can prevent Staphylococcus aureus, a common cause of food poisoning, from colonizing the intestinal tract by disrupting its Agr quorum sensing system. S. aureus uses the Agr quorum-sensing system to promote inflammation in an effort to improve its uptake of nutrients (and induce symptoms associated with food poisoning). Bacillus sp. produce the chemical fengycin, which is known for its antifungal properties. However, fengycin also disrupts S. aureus’s virulence by competing for the S. aureus autoinducer binding sites, mitigating colonization and therefore virulence.

Alarmingly, some bacterial species seem to use quorum sensing to enhance each other’s virulence, such as Burkholderia cepacia and Pseudomonas aeruginosa, which sometimes co-infect the lungs of cystic fibrosis patients. One paper showed that inoculating B. cepacia in P. aeruginosa-conditioned culture media results in higher concentrations of B. cepacia protease and siderophore virulence factors in vitro compared to baseline. P. aeruginosa’s remaining extracellular autoinducer in the conditioned media altered B. cepacia’s gene expression, enhancing it’s virulence. Other research found that Porphyromonas gingivalis and Streptococcus goronii use the same autoinducer to form mixed-species biofilms, a symbiotic relationship that makes for a very potent periodontitis coinfection.

Humans have become effective communicators during our short time on Earth. However, our communication pales in comparison to bacteria. Quorum sensing using autoinducers allows bacteria to communicate within and between species. With the latter, they can either compete or collaborate with other species based on the autoinducer "message" they receive. With our many different languages, cultures and nuances, humans have a long way to go before our communication structure rivals bacteria. 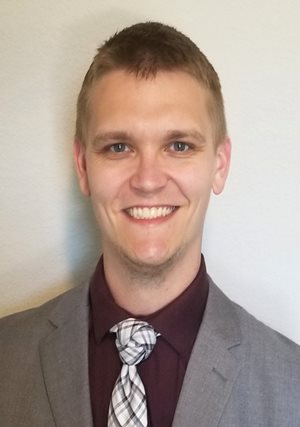 W. Jon Windsor, MLS(ASCP), MPH-Epidemiology, is a medical laboratory scientist and epidemiologist for the Colorado School of Public Health, Center for Global Health.