Share This
The live microorganisms that inhabit sourdough starters are responsible for the unique aspects of sourdough bread, including its flavor and extended shelf life. To make a sourdough starter, you mix just 2 ingredients: flour and water. After a few days, a symbiotic microbial community blooms, ready to help create a loaf of sourdough bread.Each starter contains a unique blend of microbes that create a “secret sourdough bread recipe” — secret not only to the baker, but also to those they share it with or pass it down to through the generations.

Why Study the Sourdough Microbiome?

Bread has been around for ages, and yet, there are many aspects of its creation that remain a mystery to us. Microbial communities that thrive in flour and water are essential in bread making, and understanding these communities is key to unlocking why bread tastes, feels and looks the way it does. If we identify the microbial community members that play specific roles in flavor, texture and appearance, that knowledge can be used by industry to improve or customize bread quality.

On a basic microbiology level, though, sourdough starters provide a system to study microbial ecology. Researchers may study this specific system, but ask questions, make hypotheses and draw conclusions about microbial communities in general.

What We Know About the Sourdough Microbiome

Fermentation has been used for thousands of years to help preserve and improve the quality of food. However, the microbial role in fermentation was not demonstrated until the late 1800’s by Louis Pasteur.

What we know with certainty about microbes in sourdough starters is that they include lactic acid bacteria and yeast. The yeasts cause the dough to rise by creating carbon dioxide bubbles, while the lactic acid bacteria provide the sour flavor (in the form of acetic acid and lactic acid) and preserve the bread by lowering its pH, which prevents the growth of food borne pathogens.

Where Do the Microbial Species in Sourdough Starters Come From?

In a January 2020 study, Reese et al. sought to determine the source of microbes by sequencing the bacteria and fungi in sourdough starters prepared by 18 professional bakers using a standardized recipe and ingredients. The microbes in the starters were compared to those on the bakers’ hands and in the ingredients. Microbes previously documented in sourdough starters were also found in the professionals’ starters: the most common orders were Saccharomycetales for yeasts and Lactobacillales for bacteria. The microbial communities found in the starters were overall most similar to that found in the flour; therefore, most of the bacteria and yeast arrive with the flour.

However, some of the microbes did come from the bakers’ hands. The “different bakers had different microbial communities in their starters despite all bakers using the same starter recipe and using the same flour source,” says Anne A. Madden, Ph.D., one of the authors of the study. She found it surprising how much the communities varied amongst the bakers and that the “differences correlated with discernible differences in the final flavors of breads made with these starters.”
Do these communities change over time? When the flour and water are mixed, an initial population of microbes grows within sourdough starters, but then shifts through a process called microbial succession. Eventually, certain species of lactic acid bacteria and yeast dominate the population. Those communities can either remain stable or change for various reasons, including the introduction of microbes from added flour or the environment and variation in the length of fermentation or salt concentration.

What We Have Yet to Learn About the Sourdough Microbiome

However, scientists from the Dunn lab that conducted the study described above teamed up with the labs of Ben Wolfe at Tufts University, Noah Fierer at University of Colorado and Albert Robbat at Tufts University. Through The Global Sourdough Project, they seek to determine how each factor — people, flour, climate or water — contributes to the sourdough microbiome.

The forthcoming publication is still under peer-review, but the team of researchers shares updates through the project’s website, which includes an interactive map depicting the microbes identified from sourdough starters from various geographic locations. The “preliminary assessments reveal that some starters vary drastically in composition, even when they are found geographically close to one another,” says Madden.

In a video from on the project’s website, researchers Erin McKenney, Ph.D. and Lauren Nichols describe some of the preliminary results. They found over 70 different types of yeast in sourdough starters, which is in contrast to the common practice of baking bread with only 3 strains of the yeast Saccharomyces cerevisiae. These yeasts vary based on geographic location due to climate. However, the bacteria present in starters depend on factors within the home, flour, location of the starter in the house and whether they were prepared by a male or female baker.

The Dunn lab recently started the Wild Sourdough Project, a citizen science project to characterize sourdough starters based on aroma, time to rise, height of rise and appearance and to see how these factors vary depending on geographic location and flour type. “We’ve asked folks to grow a new starter from scratch — so that we know that all starters being compared are the same age — and to only feed 1 type of flour to each individual starter — so that we can similarly control for the starters’ diet,” says McKenney. The researchers are collecting data on the starters even if they fail, which no one has done before. “We’re hoping that if we include the failures, we can identify which factors might contribute to success or failure (and help future bakers avoid pitfalls).” Although this project does not directly investigate the microbiome, this research will likely help improve the sourdough bread baking experience. 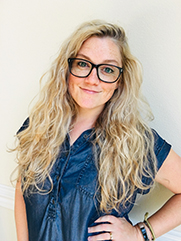 Justine Dees is a freelance microbial science writer with a Ph.D. in microbiology.