Disease Eradication: What Does It Take to Wipe out a Disease?

Disease eradication is the holy grail for health officials, as eradication of disease and better health ultimately benefits ecosystems on a global level. Initiatives such as One Health, embraced by the Centers for Disease Control and Prevention (CDC), aim to integrate human health, animal health and environmental factors when tackling disease prevention, treatment and eradication. One Health considers the impact that climate change, increased human presence in previously unpopulated locations, increased human-animal interactions and global human and animal migration have on the spread of disease.

To date, the World Health Organization (WHO) has declared only 2 diseases officially eradicated: smallpox caused by variola virus (VARV) and rinderpest caused by the rinderpest virus (RPV). Smallpox was an ancient disease that caused epidemics throughout human history, resulting in 300-500 million deaths (an estimated 10% of all deaths) in the 20th century. Rinderpest was a deadly bovine disease causing the deaths of cattle herds throughout Europe and Africa from the 18th to the 20th century, until a dedicated global campaign led to its eradication.

Eradiction can be hard to conceptualize. Infectious disease anthropologist Thomas Aiden Cockburn defined disease eradication as “the extinction of the pathogen that causes disease.” By this definition, smallpox and rinderpest are not eradicated. Samples of both viruses still exist in the world: the United States and Russia have stocks of VARV securely stored, while samples of RPV remain in many facilities around the globe. Extinction would require the destruction of these stocks, a complex topic involving geopolitics and cultural norms, as well as microbiology.

Another definition of eradication that is widely accepted by many organizations, including the WHO, is the “permanent reduction to zero of the worldwide incidence of infection caused by a specific agent as a result of deliberate efforts.” The last reported case of smallpox occurred in Somalia in 1977 and the last reported case of rinderpest occurred in Kenya in 2001. Since then, health officials have scaled back those eradication campaigns and no new infections have been detected, leading to declarations of eradication for smallpox in 1980 and rinderpest in 2011. However, attempts to eradicate other diseases have had limited success. Organizations like the WHO and the Chan Zuckerberg Biohub have shifted to the use of the term 'disease elimination,' with a definition that is less stringent and more attainable than eradication, in an effort to spur confidence in global health initiatives. Disease elimination does not require the permanent worldwide reduction of disease incidence to zero, but rather reducing incidence to zero in a particular geographic area. One example of this difference would be the elimination of cholera from countries like Peru, despite Vibrio cholera not being eradicated globally.

The Microbiologist’s Checklist for Disease Eradication

To determine if a disease can be eradicated, consider the science, the political climate and the economics involved. Focusing on the scientific criteria, scientists and public health officials can study the eradication campaigns for smallpox and rinderpest. Both of these diseases had particular characteristics that facilitated their eradication.

#1: Is the disease easily diagnosable or recognizable?

Disease symptoms are one way to quickly diagnose the presence of a disease at the individual or community level. The smallpox eradication campaign benefited from the characteristic sores and rashes caused by VARV infection. These distinct symptoms allowed health officials across the world to easily and effectively diagnose patients and track disease epidemiology in their communities. As another example, poliomyelitis, caused by poliovirus (PV), produces characteristic, rapid-onset paralysis in a subset of patients that has been used as a marker for active community transmission.

The more sophisticated the methods of disease diagnosis, the less likely that disease will be eradicated. Malaria, a disease that has been targeted for elimination, historically required skilled medical professionals able to interpret patient blood smears to identify infected individuals. The lack of trained parasitologists in endemic areas proved to be one of the reasons why the 1950s campaign to eradicate malaria failed.

#2: Is there a non-human reservoir or vector (or both)?

Disease-causing pathogens can sometimes infect multiple species, crossing phylogenetic boundaries. In these cases, the pathogen exists in a species that serves as a ‘reservoir’ for future infections of other species. Consider SARS, caused by the SARS coronavirus (SARS-CoV). While the virus was able to infect and cause severe disease in humans, humans were not the original host for this virus. The non-human reservoir for SARS-CoV is suspected to be bats, as viruses that share striking similarity with SARS-CoV have been detected in bats. Although successful containment strategies eliminated transmission of SARS among people, the continued presence of an animal reservoir means that SARS is not yet an eradicated disease.

Other pathogens not only have the ability to infect multiple species, but have adapted to use one host species as a ‘vector’ for transmission to another host species. Many arthropods are vectors for human diseases and show little to no symptoms from pathogens that cause pathology in people. For example, dengue fever, caused by the dengue flavivirus (DENV), is transmitted to people through mosquito vectors. Even if diseases are eliminated in human populations, their presence in non-human reservoirs or vectors allows for reinfection and further spread.

Because the smallpox variola virus only infects humans, it was a good target for eradication. Human-to-human transmission could be interrupted through targeted vaccination campaigns. Similarly, poliovirus, which also only infects humans, was eliminated in 193 countries. With transmission of wildtype polio limited to Afghanistan, Nigeria and Pakistan, an official declaration of eradication is within sight. In contrast, yellow fever, caused by yellow fever virus (YFV), is reemerging. In Nigeria, vaccination efforts against YFV halted transmission and caused incidence to drop to zero in 1996. Unfortunately, decreased vaccination rates, along with the existence of an arthropod vector and primate reservoirs, caused an outbreak of yellow fever in September 2017. Nigeria has experienced seasonal yellow fever outbreaks ever since.

#3: Is the disease geographically restricted?

There is no question that smallpox affected the global community. Many of the diseases that have been eradicated (smallpox and rinderpest) or targeted for elimination by WHO, such as polio, malaria, measles and rubella, are present in multiple countries. However, as a disease approaches eradication, disease incidence becomes more geographically restricted. This phenomenon has multiple effects.

As a disease becomes more geographically restricted, regions that have zero disease incidence see benefits plateau from the eradication campaigns, with no change in the societal, political and economic costs. This may cause nations that are no longer affected by the disease to scale back their support. This problem plagued smallpox eradication and polio faces a similar obstacle.

One positive benefit of a more restricted geography is the ability to narrow a campaign’s focus on these regions. Some diseases, such as dracunculiasis (guinea worm disease) or yaws, have never been widespread geographically. As such, the WHO and other organizations created targeted campaigns that have pushed these diseases to the brink of eradication.

#4: Is there a vaccine? Are there other transmission-disrupting alternatives?

Vaccines have saved countless lives and prevented an untold amount of suffering. The smallpox and rinderpest eradication strategies relied on vaccines and the majority of ongoing disease elimination campaigns include vaccination strategies. These campaigns seem to highlight the necessity of a vaccine and may even suggest that vaccines are critical for eradication. But is a vaccine truly necessary to push disease transmission to zero?

Dracunculiasis is likely to be eradicated in the near future. It is caused by ingestion of Dracunculus medinensis larvae from contaminated water sources. A year after infection, patients experience excruciatingly painful blisters on the feet and legs. Patients seek relief by soaking the blisters in water sources, such as rivers and ponds, triggering the emergence of the adult worm, which releases infectious larvae into the water. There are no available therapeutics or vaccines for dracunculiasis.

How is guinea worm disease close to eradication without a vaccine? This is where creative infectious disease containment strategies come into play.The Carter Center, in collaboration with UNICEF, has distributed water filtration systems and increased efforts to provide potable drinking water to affected communities. Health workers also prevent patients from entering water sources, instead wrapping the adult nematode around a stick and slowly and methodically pulling it out. Community education and identification of infected individuals has led to the reduction of disease incidence from 3.5 million in 1986 to 53 cases in 2019. If dracunculiasis is eradicated, the campaign will be the first to do so without a vaccine, suggesting that there are multiple ways to eradicate a disease that do not rely on having a vaccine.

We cannot forget that eradication of a disease is not solely dependent on the scientific context. Smallpox and rinderpest eradication required political, economic and social education efforts that led to their success. Global coordination and tracking of disease outbreaks requires cooperation on an international level. Without political support, global health campaigns cannot hope to succeed. Without economic support, crucial resources cannot be mobilized effectively.

One of the more concerning developments in recent times is increased mistrust of science, as evidenced by the rise of anti-vaccination sentiment. Gaining and maintaining public trust in science and in global health initiatives will be the linchpin for eradication campaigns. Smallpox eradication was the prototype for future eradication campaigns and provided valuable lessons, such as the need for political and bureaucratic frameworks to support vaccination efforts and the need to have clear, measurable, universal goals to track progress in any given region. Will disease eradication become the norm, or will smallpox and rinderpest remain outliers? Only time will tell. 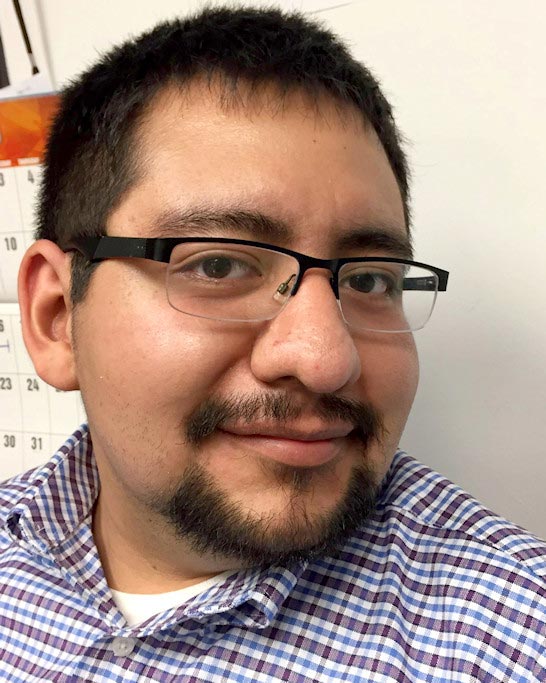