Share This
After months of quarantine, the opportunity to take a walk through a park in temperate fall weather, try a new hiking trail or spend the weekend camping offers a welcome respite. However, enjoying nature also comes with the risk of exposing yourself to tick-borne illnesses. Although you may be familiar with Lyme disease, there are several tick species across the United States that transmit a variety of pathogenic microbes, and cases of tick-borne diseases are increasing.

Vector-borne illnesses comprise 17% of global maladies and cause 700,000 deaths annually. In the United States, ticks are of particular public health relevance and transmit a variety of microbes, including bacteria, parasites and viruses. Furthermore, the number of cases of tick-borne diseases in the U.S. has more than doubled between 2004 and 2018. Scientists have also identified a new tick species and 7 more tick-borne pathogens in the U.S. within the last 20 years. Finally, there is evidence that seasonal tick activity is extending and their geographic ranges are expanding, possibly due to global climate change or land usage. These changes expose more people than ever to tick-borne disease and emphasize the need for education about these diseases and their risks.

Compared to many arthropods, ticks have a long life cycle of up to 3 years. During their life cycle, ticks generally go through 4 stages: eggs, larvae, nymphs and adults. Ticks are hematophagous (blood feeding) arthropods, take blood meals during their nymphal and adult stages and are most active from spring to late fall. Some ticks, such as Rhipicephalus sanguineus (brown dog tick), feed on the same host during all life stages. Others, such as Ixodes scapularis (black-legged or deer tick), feed on multiple hosts, including mammals, birds, reptiles and even amphibians. Because ticks can interact with a variety of vertebrate hosts through their life cycle, they can easily acquire or spread microbes.
Ticks cannot fly or jump, so to successfully attach to a host, they detect breath, odor or vibrations. They lie in wait in tall grasses and bushes in a “questing” position with their first pair of legs raised.  If a host passes, they attach themselves. In either nymphal or adult stage, if infected, they may spread disease through their saliva  to a host while feeding.  Inversely, the tick may acquire pathogens by feeding on an infected host. Lyme disease is the most prevalent tick-borne disease in the U.S. In 2018, 33,666 out of 47,743 (about 71%) of  tick-borne disease reports were Lyme. However, 29% of tick-borne diseases were caused by other pathogens.

Spotted fever rickettsioses are a group of diseases caused by various Rickettsia species. Rickettsia spp. are a group of small, obligate intracellular, gram-negative bacteria. In 2018, there were 5,544 cases of spotted fever rickettsiosis, making it the second most prevalent tick-borne disease in the U.S. Of these,Rocky Mountain Spotted Fever (RMSF), caused by Rickettsia rickettsii, is the most common  and most serious rickettsial disease. After the bite of an infected tick, R. rickettsii invades cells lining the host’sblood vessels, causing inflammation, vascular damage and vascular permeability. Symptoms appear approximately 1-4 days after the tick bite. RMSF can be treated early with doxycycline. A distinct RMSF rash may develop later in infection, but because initial symptoms are often non-specific (headache, fever and nausea), early diagnosis is sometimes difficult. Left untreated, RMSF can progress to coma, tissue necrosis or multiple-system organ failure and death.

Anaplasmosis is an acute febrile disease, originally called human granulocytic ehrlichiosis. Anaplasma phagocytophilum is a gram-negative, intracellular bacterium and the causative agent of anaplasmosis. It is related to Ehrlichia bacteria, but was recategorized into the Anaplasma genus in 2001, leading to the renaming of the disease. A. phagocytophilum invades immune cells, such as neutrophils, leading to inflammation and, eventually, tissue damage and the inability to clear the infection. Symptoms appear between 1-2 weeks after being bitten by an infected tick and include headache, body aches, chills and fever. If not treated or if underlying medical conditions are present, respiratory failure, organ failure and death may occur. Severe anaplasmosis can be avoided if the patient is treated with doxycycline early after infection. A total of 4,008 cases were reported in 2018. I. scapularis and Ixodes pacificus (Western black-legged tick) transmit A. phagocytophilum in the Northeast and upper Midwest, and West Coast, respectively.

Protozoan parasites from the genus Babesia cause a disease called babesiosis that is sometimes confused with other tick-borne diseases, or with malaria. While individuals often resolve the infection without developing symptoms, mild symptoms include fever, headache and chills. There are 4 clades, or categories, within the Babesia genus, but Babesia microti is the main disease-causing parasite in the United States. When the infected tick pierces the skin, B. microti invades and reproduces inside of red blood cells, leading to cell lysis. Severe disease may cause anemia, jaundice and fever. Those over age 50 or who are immunocompromised are at risk for the most severe disease. Babesiosis can be treated with a combination of antibiotics, antiparasitics, supportive care and even blood transfusion for those with severe symptoms. I. scapularis is culpable for spreading Babesia spp. in the Northeastern and upper Midwestern United States. In 2018, 2,160 cases of babesiosis were reported. Interestingly, Ixodes ticks are responsible for transmission of Lyme disease, anaplasmosis and babesiosis, which may lead to possible coinfection and misdiagnoses of disease.

Preventing ticks bites is crucial to avoiding disease. Approaches that address how ticks move between humans, animals and the environment can help reduce tick-borne illnesses. One primary step you can take is to learn about your area, which ticks and animal hosts are common and how best to avoid coming into contact with them. One option is to groom the outdoor area around your house. Employ a deer fence, remove mouse habitats and create a barrier between your lawn and shrubs or tall grasses.
Other ways to avoid tick bites include avoiding overgrown areas that have tall grasses, shrubs and leaf litter, applying insect repellent and staying in the center of marked trails. Additionally, perform a tick check on yourself, your gear and your pets after returning from outdoors. Be sure to check the backs of your knees, hair and behind your ears. If you do find a tick, use a pair of fine tweezers to grab the tick as close to the skin as possible. Then, pull upwards. Twisting or wiggling may cause its mouthparts to remain in the skin. You can dispose of a tick by flushing it, putting it in alcohol or sealing it in a bag. If you develop a fever or rash within several weeks, visit your doctor.
There are many species of ticks spread across the U.S. that carry a multitude of pathogens. These pathogens are not limited to those discussed here. Ticks tend to be active throughout the spring to late fall, which are popular seasons for spending time outdoors. However, if you are vigilant and informed, you can limit your risk of contracting disease.


See also: Jorge Benach discusses his research on Lyme disease and other tick-borne infections, including his role in identifying the Borrelia spirochetes.
Share This 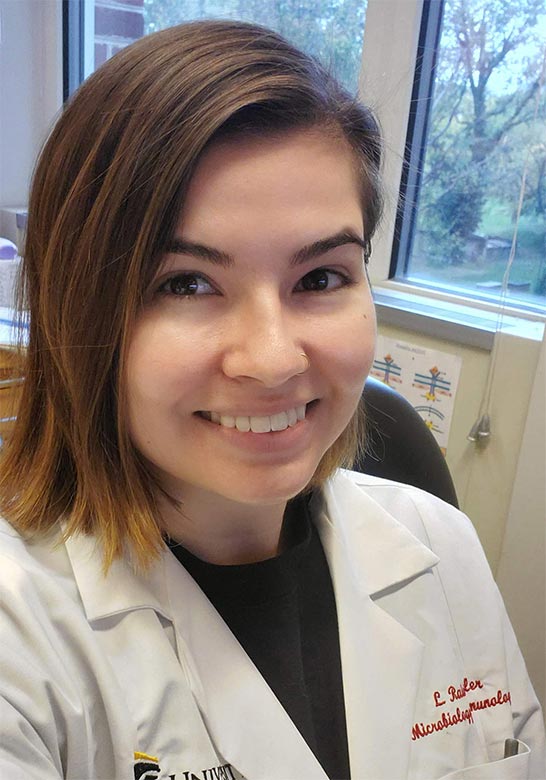 L. Rainer Butler is a Ph.D. student at the University of Maryland Medical School, where she studies tick-borne diseases and tick biology.