Working in Academia with Mentorship at the Forefront

Share This
Dr. Jorge Vidal studies the molecular pathogenesis of Streptococcus pneumoniae. He started his career in medical laboratory science and eventually became an Associate Professor in the Department of Microbiology and Immunology at the University of Mississippi Medical Center. ASM celebrates National Hispanic Heritage Month by highlighting his accomplishments in research and mentoring. Vidal also serves on ASM's Minority Sub-committee under the Education Committee.

As a Mexican-American, Vidal has seen a variety of infectious diseases in Mexico and other Latin American countries, which influenced him to pursue higher education in microbiology. He studied Medical Laboratory Science and graduated with honors from the University of Puebla (BUAP), Mexico. Then, he continued to study microbes while obtaining a Master’s Degree in Microbiology from the National School of Biological Sciences (ENCB) of the National Polytechnic Institute, and a Ph.D. in Cellular Microbiology from the Center for Research and Advanced  Studies in Mexico. During his graduate studies, he worked in the laboratory of Fernando Navarro-Garcia investigating targets of a toxin produced by diarrheagenic EPEC in cell culture models. After graduating, he did a postdoc in the lab of Dr. Bruce A. McClane at the University of Pittsburgh School of Medicine, studying the effect of bacterial toxins in animal models.

After his postdoc, he was recruited to the Rollins School of Public Health at Emory University to serve as Assistant Professor where he combined his expertise in microbiology, cellular microbiology and bacterial genetics. He developed his own research programs and secured intra- and extra-mural funding which led to his own research lab. He later became an Associate Professor and was recruited to the Department of Microbiology and Immunology at the University of Mississippi Medical Center. He continues to study one of the biggest killers of children, pneumococcus. He also trains the next generation of scientists and medical students and contributes to society.

Vidal’s lab studies the molecular pathogenesis of Streptococcus pneumoniae (Spn), the molecular epidemiology of pneumococcal disease, acquisition of antibiotic resistance and new therapeutic approaches for pneumococcal disease. In the past few years, they learned how Spn strains colonize the human upper airways and regulate their density in the nasopharynx. An increase in nasopharyngeal density is a risk factor for developing pneumococcal disease. The lab collaborates with Drs. McGee and Velusamy from the CDC and international scientists to develop molecular reactions to detect and quantify S. pneumoniae strains and its now 100 known serotypes. They have developed molecular technology and high-throughput platforms, including a TaqMan array card named “PneumoTAC”. This technology allows them to assist Phase III clinical trials of new antibiotics, participate in vaccine effectiveness studies and conduct studies focused on the molecular epidemiology of pneumococcal carriage and disease.

The Impact of ASM on Vidal’s Career

While Vidal’s career seems like one smooth transition to another, it was not the case. After completing graduate school, he was contemplating whether to do a postdoc or not. With a fellowship from ASM, he attended the two ASM meetings, General Meeting and ICAAC. The presentations from investigators and networking with some of microbiology’s heroes inspired him to do a postdoc. He realized that microbes have a big impact on the world and that the field of microbial sciences needs more young scientists with the skills and natural talent for doing research. He moved to the US, started a postdoc position and immediately received another ASM fellowship that let him go back to the ASM General Meeting. He met other trainees and early career scientists from historically underrepresented  groups. The majority of them went on to academic positions and support other Hispanic microbiologists in different ways.

At the time that he received the fellowships, Dr. Houston was the president of the ASM, who made a concerted effort to advance microbiologists from historically underrepresented  groups. Houston’s  inspiration and the opportunity to come to the meetings led Vidal to undertake a faculty position and dedicate his professional life to finding ways to alleviate diseases caused by microbes.

Vidal takes his mentorship of young scientists very seriously. He finds it to be an incredible experience and a privilege. He recommends that other mentors do the best they can to generate helpful science and career information, and pass that along to trainees. This will have a positive impact on a mentee’s future career, their lives and our society.

When Vidal thinks about his experiences, being Mexican-American is an integral part of who he is. For Hispanic Heritage Month, he shares his wonderful culture with his lab by taking them to a Mexican dinner with mariachi music. During this time of the year, he is reminded of how rich his culture is, and how much his ancestors offered to society. He also takes the time to reflect on those who have supported him and maintained his proud heritage.

He encourages Hispanic students to follow their passion for microbiology and focus on getting themselves educated in whatever topics interest them. Also, utilize available resources to acquire relevant skills such as communication, networking and choosing a career path, whether in academia or industry. These resources are available through different societies including ASM and the Society for Advancement of Chicanos/Hispanics and Native Americans in Science (SACNAS). Lastly, Vidal recommends finding work-life balance and maintaining it.
Share This 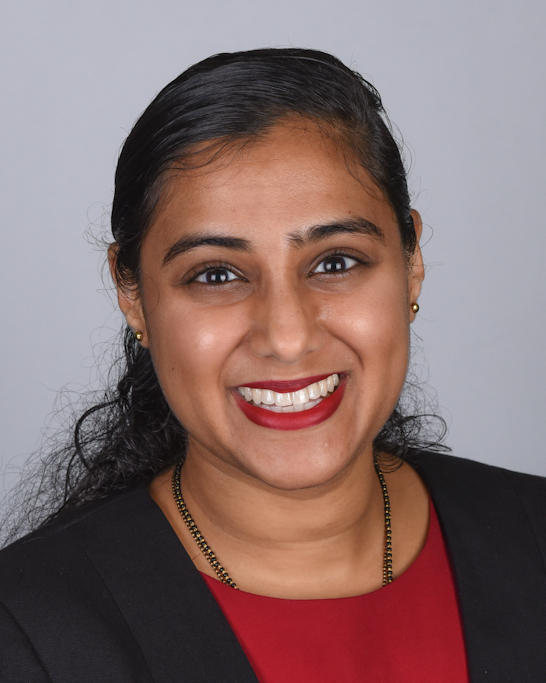 Shilpa Gadwal is the Career Resources Specialist at ASM.