Chagas Disease in the U.S.: What We Do and Don't Know

What Is Chagas Disease and Why Don't More People Know About It?

Chagas disease is a life-threatening parasitic infection caused by the protozoan Trypanosoma cruzi (T. cruzi). It is endemic through much of the Americas, from the southern United States to Argentina and Chile. Carlos Chagas, a Brazilian bacteriologist, is credited with the modern discovery of Chagas disease in 1908. Today, there are an estimated 8 million people living with Chagas disease globally, and more than 10,000 deaths per year can be attributed to this significant public health problem.

The geographic distribution of Chagas disease has changed substantially in recent decades. It was originally found primarily in rural areas of Latin America, however due to global migrations, many people with the disease now live in large urban areas across the globe. It is estimated there are at least 230,000 people living with Chagas disease in the United States, many of whom are unaware they are infected. Both the parasite and the insect vector, triatomine bugs, are present in the Southern portion of the U.S., with the potential for local transmission. In Texas, for example, where Chagas disease is reportable, 126 cases were observed between 2013 to 2018, with 26 of them contracted locally. Despite this, most people, including healthcare providers, are unaware that this disease even exists in the U.S.

There are significant barriers to an appropriate public health response to Chagas disease in the United States. Some of these factors include: 1) limited awareness by healthcare providers and the general public, 2) systemic problems with access to adequate healthcare in lower income populations, 3) diagnostic complications and 4) a lack of epidemiologic data and surveillance. However, simple awareness of the disease in the United States seems to be the biggest barrier. World Chagas Disease Day was created to bring to light this neglected disease and spread awareness. Begun in 2017, it was adopted as an annual awareness day on April 14 by the World Health Organization as of 2020.

How Is Chagas Disease Transmitted?

Chagas disease is transmitted through various routes, but primarily via triatomine insects, also known as kissing bugs. The T. cruzi parasite is found in the hindguts of a variety of species of triatomines in North, Central and South America. These insects feed at night on the blood of animals, as well as humans, and have a relatively painless bite. If an infected triatomine defecates while feeding, it can transmit the parasite through its feces. When the person or animal who has been bitten (usually still sleeping) scratches the bite or rubs the area, they may unintentionally introduce triatomine feces contaminated with T. cruzi into their bloodstream. The disease can also be transmitted several other ways, such as orally through consumption of food or drink contaminated with triatomine feces, from infected mothers to their infants during pregnancy, blood transfusions and organ transplantations, laboratory accidents and sharing of syringes.

What Are the Symptoms of Chagas Disease?

Chagas disease is tricky to manage medically because it is mostly asymptomatic or mild until it is too late for treatment. The acute phase, which begins several days after infection, is usually asymptomatic or with mild flu-like symptoms and lasts about 8-10 weeks. After the acute phase, the person enters into the chronic phase of the disease. There are 2 possible chronic disease phases, the indeterminant (or asymptomatic) phase and the determinant (or symptomatic) phase. About 70-80% of people will remain asymptomatic for life and never develop Chagas-related symptoms. However, an estimated 20–30% of infected people will develop health problems years to decades later that are often fatal. The most common symptoms in this late symptomatic stage are cardiac and include conduction abnormalities (arrhythmias), heart failure and sudden death.

Most people with Chagas disease are unaware they are infected, yet once noticeable chronic symptoms develop, it is most likely too late for treatment. The challenge is to identify people with the infection as early as possible so they may receive proper care. There has been some success with heart transplantation for progressive cardiomyopathy from chronic Chagas disease. However, because of the immunosuppression required for a transplant, reactivation of the T. cruzi parasites will most likely occur and should be monitored closely.

How Is Chagas Disease Diagnosed and Treated?

In the acute phase, Chagas disease can be diagnosed through direct observation of the parasite in peripheral blood. However, most people are tested during the chronic phase, which requires positive serology on at least 2 different tests to be confirmed as a positive diagnosis (a single test is not sensitive or specific enough to confirm a diagnosis). The most common tests include enzyme-linked immunosorbent assays (ELISA) and immunofluorescent antibody tests (IFA). There are several algorithms available for healthcare providers to determine the best process for diagnosing their patients. The Centers for Disease Control (CDC) should always be consulted to confirm a positive diagnosis.

Benznidazole and nifurtimox are currently the only drugs available for treating Chagas disease. Initially, they could only be obtained through the CDC, but both drugs are now FDA approved and fully available in the U.S. either online or through a pharmacy. Both drugs are currently only approved for use in children, however use of these medicines outside of the approved age range should be based on a clinical diagnosis by a prescribing healthcare provider. Once a patient has received a confirmed diagnosis from the CDC, they should be further evaluated to determine if treatment with either of these drugs is an option.

Who Should Be Screened for Chagas Disease and How Can We Do a Better Job Saving Lives?

Proactive, provider-initiated testing and screening can make a significant difference in getting people treated for Chagas disease before it is too late. Currently, systematic screening for Chagas disease only happens for blood donations, and usually only for first-time blood donors. Screening via primary healthcare is likely the best way to address the current underdiagnosis of the disease in the U.S., since screening of blood donations likely underrepresents the socioeconomically vulnerable segment of the population with Chagas disease. Also, widespread screening of at-risk pregnant women could be implemented as part of obstetric care. There are resources and trainings available for healthcare providers to learn more about Chagas disease to better serve their patient population.

Not everyone is at risk for Chagas disease. Currently, the Pan American Health Organization (PAHO) recommends screening persons who were born in or lived longer than 6 months in highly endemic regions, such as South America, Central America and Mexico. Also, anyone who was born to a mother who lived in highly endemic regions may be at risk from congenital transmission and may want to be tested. Those who do not fit into this category, but who have lived in the Southern United States and have spent a lot of time outdoors camping or hunting, or have lived in poorly constructed housing, may also consider testing. This is especially true if the person is able to readily identify kissing bugs as an insect they have seen before in or around their sleeping areas.

There is a need for increased Chagas disease screening across the U.S., however, meeting the need will require more awareness by healthcare providers. 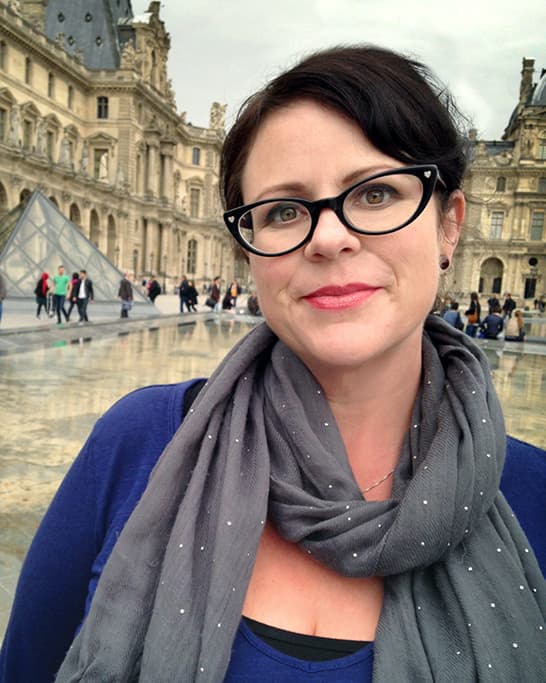 Dr. Paula Stigler Granados is an assistant professor in the School of Health Administration at Texas State University.