The Black Clinical Microbiologists on Whose Shoulders We Stand

Hinton never attended an ASM meeting because he feared that if colleagues knew he was a Black man, his work would not continue to be received by the scientific community. Much has been written about him as the first Black professor at Harvard University and developer of the Hinton Test, a serologic test for the detection of syphilis. However, aside from Hinton, contributions of Black scientists to clinical microbiology are not well known. For those who ask why it is important to highlight these contributions, think of how amazing it is that just one generation removed from slavery, Black scientists emerged among the first American Board of Medical Microbiology (ABMM) Diplomates and became physicians, inventors, pioneers and entrepreneurs.

Early Black scientists attempted to participate in ASM activities, yet Dr. Marian Johnson-Thompson (microbiologist and ASM member emerita) has written about the racism and inequity they faced both in their careers and within the society. Unfortunately, the recent ASM Diversity Equity and Inclusion Task Force Report shows that Black microbiologists still make up only 5% of ASM's members and members perceive, accurately, an overall lack of diversity in ASM leadership. The report further contends "ASM perpetuates inequitable distribution of power despite best intentions." ASM is currently making efforts toward matching outcomes to its intentions to support the equitable advancement of historically marginalized groups. In light of those efforts, it is important to take the opportunity during Black History Month to celebrate the achievements, challenges and contributions of Black clinical microbiologists who paved the way and made significant impacts in the field.

Dr. Hildrus Poindexter was the first known Black Diplomate of what is now the ABMM in 1962 (certificate #141). Born in 1901, Poindexter earned an M.D. from Harvard Medical School in 1929. Later, he received a Ph.D. in microbiology and immunology in 1932 from Columbia University. Poindexter attended his first ASM meeting in 1937, but did not become an ASM member until 1947. His career was largely spent internationally as a commissioned officer in the U.S. Public Health Service working in Africa, Asia, South America, the Caribbean, Europe and the Middle East. Poindexter was awarded the Bronze Star for his work in the South Pacific and commended for his "faithful, energetic, aggressive and skillful work" to significantly reduce malaria and schistosomiasis among U.S. service members abroad.

During his career, Poindexter focused on teaching and mentoring future microbiologists. As a professor and department head at Howard University, he worked with many emerging microbiologists, including Dr. Jane Hinton, the co-developer of Mueller-Hinton agar and Dr. Ruth E. Moore. Moore was the first Black woman to earn a Ph.D. in the natural sciences and ultimately succeeded Poindexter as the Head of Microbiology at Howard University. Despite his work as a microbiologist, teacher and leader, he still faced racism in his career, as documented in his book, My World of Reality. At one point, the Parasitology Society offered Poindexter membership, which they later revoked upon learning that he was "Negro."

Dr. Welton Taylor published more than 40 articles over the course of his career, was chair of the committee that founded the Journal of Clinical Microbiology at ASM and sat on the journal's first editorial board (1975-1983). Taylor earned his Ph.D. from University of Illinois in Champaign-Urbana after serving in the U.S. Army as a combat pilot. He was a bacteriologist at the University of Illinois College of Medicine when he demonstrated that penicillin could be used as prophylaxis for tetanus and gas gangrene. In 1954, Swift & Company recruited Taylor to identify the source of an outbreak of Salmonella contamination in baby food. Taylor also served as Microbiologist-in-Chief at Chicago's Children's Memorial Hospital and a microbiology consultant at 12 other hospitals. Early papers described effective isolation of Salmonella and Shigella from food, which led to his development of xylose lysine desoxycholate (XLD) agar in 1965. Taylor was elected as a Fellow of the American Academy of Microbiology and became Diplomate of the ABMM in 1974. In 1985, the bacterium Enterobacter taylorae was named in honor of Taylor and a British colleague, an honor held by no other Black microbiologist at the time.

Ever the innovator, Taylor invented a microorganism detection system that was approved by regulatory agencies in the U.S., Canada and Europe. It used differential culture media in various compartments to allow for rapid identification of organisms. He developed several different panels that allowed for the identification of non-fermenting gram-negative rods, Enterobacterales and yeasts. He eventually formed of his own manufacturing company, Micro-Palettes. The company produced Pseudo-Palette II and Entero-Palette, capable of generating organism identification within 4 hours. Taylor was truly a pioneer, holding 4 patents, leading the inception of the Journal of Clinical Microbiology and opening the doors of industry and entrepreneurship.

These earliest Black clinical microbiologists (and others) made significant contributions to ASM and the field of clinical microbiology, yet they were excluded from committee appointments, awards and other recognition within the society. Unfortunately, as described by Dr. Johnson-Thompson, these experiences led early Black microbiologists to remove themselves from ASM for extended periods of time. This pattern of contribution, yet exclusion, often left ASM devoid of significant Black representation outside of specifically minority-serving committees, and certainly contributed to lack of representation in specific sub-specialties, including clinical microbiology.

By the 1970s, 50 years after Hinton's membership in ASM, there were still few Black clinical microbiologists participating in the society. Drs. Lizzie Harrell and Yvonne Lue have both been ASM members for over 40 years. They joined at the height of the American civil rights movement and the protests against the Vietnam War.

Harrell was active on many ASM committees and continues to serve on a U.S. Food and Drug Administration (FDA) advisory committee. She mentored countless Medical Microbiology fellows and published numerous papers during her 33-year career at Duke. Harrell attributes the flourishing of her career to becoming a Diplomate of the ABMM in 1991. She recounts that at that time, she was one of a very few Black microbiologists attending the ASM General Meeting and the only other Black clinical microbiologist attending was Lue.

Lue, a native of Jamaica, received her Ph.D. at Columbia University Graduate School of Arts and Sciences and did her postdoctoral training at Columbia University College of Physicians and Surgeons, despite wide discrimination and hostility. These experiences only fueled her motivation that "success would be the best revenge." Early in her career, she became involved in ASM, and when she passed the ABMM examination in 1984, she was the only historically underrepresented scientist she was aware of that passed that year.

Lue served on several ASM committees, including the Journal of Clinical Microbiology editorial board and the Council Policy Committee (CPC) as an elected Member-at-Large representing branches. She has also been extremely active in the New York City Branch of ASM, serving in multiple roles, including President. It is at the local ASM Branch level that Lue has experienced the greatest gratification, mentoring and training local microbiologists.

Over their 30+ year careers, Harrell and Lue enjoyed a friendship that inspired their continued success. For Harrell, the journey as a trailblazing Black woman in clinical microbiology hasn't always been easy. She says, "as a Black woman, you know that you have to prove yourself and, once you show your capability, you gain the respect you deserved all along." When it comes to going beyond simply the presence of historically underrepresented groups, Lue asks, "Is it the system [that is broken] or is it the people?" A system may be designed to work, but it is the people working in the system who are responsible for creating an inclusive environment where the presence and abilities of all scientists are valued.

Black Clinical Microbiologists: The Next 100 Years

There may not be another time in history during which the contributions of clinical microbiologists are more important than the pivotal role we are playing during the COVID-19 pandemic. Although the pandemic has disproportionately affected the Black community, Black clinical microbiologists are not only leading their institutions' efforts in SARS-CoV-2 testing, but are also national voices providing information to the scientific community and to the public. These microbiologists, and others, have finally cracked the "glass petri dish" and are experiencing the inclusion, recognition and leadership opportunities that bypassed many that came before them.

Now, there are many Black clinical microbiologists who are leaders in the field, like Dr. Omai Garner of the University of California Los Angeles Health System, who is a CPEP program director, chair of the ASM Coding and Reimbursement Committee and founder and chair of the Social Justice Learning Institute, an organization focused on using education and empowerment of youth to bring about social change. Garner has published over 50 papers across clinical microbiology, with a focus on use and clinical impact of point-of-care diagnostics. He believes that highlighting and celebrating the achievements of Black clinical microbiologists throughout history is not only the right thing to do, but it also creates a sense of community and recognition.

Dr. Esther Babady of Memorial Sloan Kettering Cancer Center is an expert in molecular microbiology, with over 80 publications demonstrating a special emphasis on diagnosis of infections in immunocompromised hosts. Babady is the incoming chair of the Evidence-Based Lab Practices Guidelines Committee, a member of the CPEP directors committee, President-elect of the Pan-American Society for Clinical Virology and newly elected Fellow of the Academy of American Microbiologists. For Babady, it's time for clinical microbiology to move beyond saying it is an inclusive profession, she wants to "see diversity through all of the ranks, or else it's just words."

Dr. Laurice Flowers, a current CPEP fellow, recognizes the progress that ASM has made in improving representation and active participation of diverse microbiologists. She notes that while progress isn't always fast, we are moving forward. 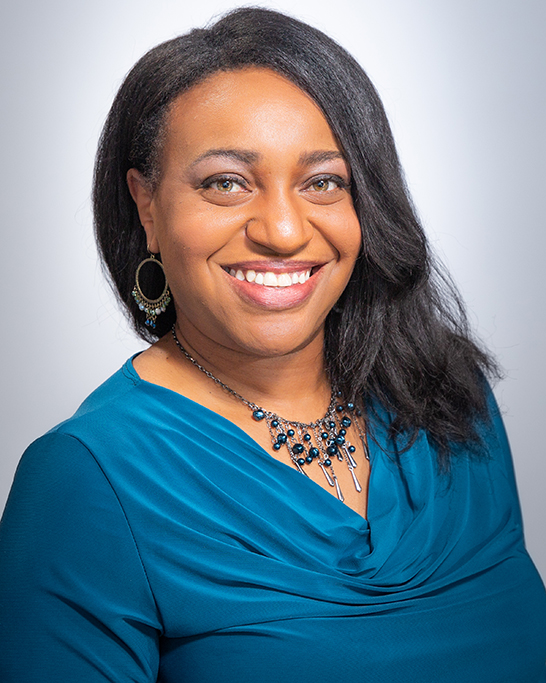