What Is the New SARS-CoV-2 Variant and Why Is It Important?

In early December 2020, concern was raised among scientists and public health officials about a surge of cases in southeastern England caused by a specific variant of SARS-CoV-2. Routinely, approximately 5-10% of all COVID-19 cases in the United Kingdom are sequenced for epidemiological surveillance, and although only 4% of cases in Kent, England had sequencing data, 117 out of 255 sequenced cases, or almost half, were found to form a distinct phylogenetic cluster. This means that this group of viruses are genetically very similar, and therefore more related to each other than other strains of the virus. This variant was initially designated as Variant Under Investigation (VUI) – 202012/01 upon detection, but, on further review given its rapid spread, has been re-designated as Variant of Concern (VOC-202012/01) or B.1.1.7 (a name derived from its phylogenetic heritage). Notably, the names “variant,” “strain” and “lineage” are all interchangeable terms used by the press and scientific community at this time to describe the novel virus.

Editors Note: In May 2021, in an effort to reduce stigma and misinformation around nomenclature, WHO announced a new naming system for COVID-19 variants based on the Greek alphabet and order of variant detection. The WHO label for B.1.1.7 (which is the variant's scientific name) is therefore Alpha. Importantly, these new labels "do not replace existing scientific names (e.g. those assigned by GISAID, Nextstrain and Pango), which convey important scientific information and will continue to be used in research."

B.1.1.7 has spread quickly beyond southeastern England, leading to issuance of the following report by Public Health England. As of Jan. 15, 2021, it has been reported in 52 countries, including the United States. Although controversial given the minimal data available at this time, statistical modeling suggests that transmissibility for this strain may have increased by 56% and the Rt, or effective reproduction rate, an estimate of how many secondary infections occur from a single, primary infection, has increased by 0.4-0.7. These findings led U.K. Prime Minister Boris Johnson to enact stricter lockdown measures, and travel bans for the U.K. have been issued by multiple countries.

How B.1.1.7 spread across London pic.twitter.com/FCwLiAXvVk

What Is Special about This Variant and What Do We Know About the Mutations?

All viruses evolve and mutate over time, and SARS-CoV-2 is no different, acquiring 1-2 new mutations every month. A mutation is an alteration in the sequence of nucleic acid caused by insertions, deletions, substitutions or rearrangements of bases. While some mutations are “silent” and do not change the organism’s phenotype, others are non-silent and can result in new proteins or altered cellular processing that shifts the organism’s phenotype. Coronaviruses in fact mutate slower than many other RNA viruses due to a proofreading enzyme typically absent in other RNA viruses (mutation rate estimated to be near 2.5 x 10-6 substitutions/nucleotide/cell infection).

Nonetheless, there already have been a significant number of SARS-CoV-2 variants that have been identified from the original Wuhan strain. Early on in the pandemic, a D614G mutation in the spike protein gene associated with higher infectivity emerged and became the predominant global strain by June 2020. B.1.1.7 is defined by 23 mutations from the original Wuhan strain, 8 of which are in the spike protein. The 3 mutations hypothesized to have the largest potential biological effect are N501Y, spike deletion 69-70del and P681H.

The N501Y mutation leads to an amino acid change from asparagine to tyrosine at position 501 in the receptor binding domain of the spike protein. This has been shown to increase how tightly the coronavirus’ spike protein binds to the angiotensin-converting enzyme 2 (ACE 2) receptor, which mediates viral entry into human cells. This mutation has also been independently and recently described in South Africa in a strain named variant 501YV2. It is a distinct virus variant, although it has been similarly found to spread rapidly and displace other circulating lineages.

The 69-70del mutation is a deletion of 6 bases in the RNA, leading to deletion of 2 amino acids at position 69 and 70 of the spike protein and is of unknown significance, although has been described in other variant clusters associated with receptor binding domain changes of the spike protein. Some experts have hypothesized that the N501Y mutation, in combination with this deletion, could be responsible for enhanced transmissibility due to changes in the receptor binding domain of the spike protein, which mediates viral entry. Lastly, the P681H mutation (proline to histidine amino acid change at position 681 in the spike protein) is of unclear significance as well, but is another previously described mutation adjacent to the furin cleavage site needed for membrane fusion of the virus, and therefore the mutation could possibly impact viral infectivity.

To date, there is no evidence that B.1.1.7 causes more severe illness than other SARS-CoV-2 strains, and it seems unlikely that the mutations would be sufficient to decrease the efficacy of vaccine-induced immunity, although investigations into these questions are ongoing. A brief, non-peer-reviewed preprint report has described that the sera of 20 patients who received the Pfizer vaccine generated neutralizing antibody titers to lab-modified SARS-CoV-2 virus with the N501Y mutation. However, the lab-modified virus notably lacked the full set of B.1.1.7 mutations. Importantly, position 501 in the receptor binding domain of the spike protein is where neutralizing antibodies most frequently act, and there remains concern that some monoclonal antibody products will not as effectively neutralize N501Y mutants.

The U.K.’s national testing is centralized and some of their labs use an RT-PCR assay that targets 3 SARS-CoV-2 genes (N, ORF1ab and S).  Due to the S-gene mutations in the novel virus, more than 97% of the pillar 2 (U.K. government testing program) PCR tests that return negative on the S-gene target and positive on the other targets are due to B.1.1.7. Accordingly, the frequency of S-gene target negatives has been used as a proxy for the frequency of B.1.1.7 identification in the U.K. In the United States, testing is de-centralized and different healthcare systems could be using PCR tests that do not cover the spike protein region and therefore would not be useful in identifying the new variant. Furthermore, PCR tests that test the spike protein gene may return with false negatives due to these novel mutations. The Food and Drug Administration (FDA) has released a letter identifying 3 molecular tests that had previously been issued an Emergency Use Authorization (EUA) whose performance could be affected in deteting B.1.1.7.

Regarding identification of B.1.1.7 in the United States, an interim update from the Centers for Disease Control and Prevention (CDC) from Dec. 29, 2020 reported that only 51,000 of 17 million cases in the United States have been fully sequenced. In November 2020, the CDC launched the National SARS-CoV-2 Strain Surveillance program and by January 2021 will require each state to send the CDC at least 10 samples bi-weekly for sequencing and characterization, which will identify B.1.1.7 and any other SARS-CoV-2 variants.

In summary, it is unclear how much of a game-changer this new virus variant may be, and there remain many unanswered questions. However, the novel variant certainly has highlighted the importance of national and global surveillance programs, as well as the importance of international scientific cooperation and data-sharing.

Thank you to Dr. Theo Sanderson for providing the graphic demonstrating spread of B.1.1.7 across England based on Public Health England data via the Centre for Mathematical Modelling of Infectious Diseases at the London School of Hygiene and Tropical Medicine. 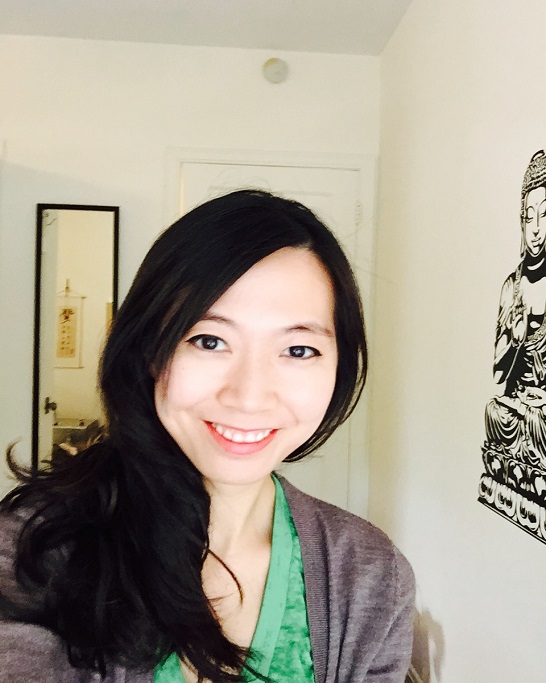