How the 1918 Flu and COVID-19 Pandemics Transformed Women's Lives

The COVID-19 pandemic, while taxing, has revitalized my love of my undergraduate major: history. As I’ve researched past pandemics, such as the 1918 "Spanish" flu, I couldn’t help but notice COVID-19’s contrasting effects on society—in particular, these pandemics’ impact on the lives of women. Much of the recently published literature compares various aspects of the 2 pandemics—statistics, mitigation efforts, economic impact—but there has not been much comparison of gender issues and attitudes. The 1918 influenza pandemic was pivotal in advancing women’s role in the workplace and eventually the right to vote. However, as one of my colleagues recently wrote, COVID-19 seems to have sent women backwards. What lessons can today's women learn from the past?

The Great War & The Great Pandemic

The H1N1 influenza pandemic, also known (somewhat inaccurately) as the "Spanish flu" pandemic, had a profound impact on the United States; furthermore, the role of women in society was forever changed by the events of the decade. World War I set the stage for extensive spread of the flu virus, which hit the U.S. in the spring of 1918.

The war, combined with increased flu deaths in 1918, left substantial vacancies in the workforce. These vacancies provided an opportunity for women to step into lines of work previously deemed inappropriate or too dangerous, such as the textile industry and manufacturing, science and research and even medical laboratory occupations. Following the war, the number of women in the workforce was 25% higher than it had been previously, and by 1920 women made up 21% of all gainfully employed individuals in the country.

Women’s willingness to rise to the challenges of these positions not only allowed them to gain social and financial independence, but also inspired them to become more active in promoting women's rights—including the right to vote. As a result of the pandemic, authorities banned crowds and large meetings, rendering women’s rights activists unable to speak at election campaigns and rallies. With the right to vote hanging in the balance, suffragists quickly adapted their strategy to circulate their message among smaller groups of neighbors and friends.

The critical role women played throughout World War I and the H1N1 flu of 1918 earned them recognition in the political arena. Thanks to their momentous contributions, dedication to serving the nation and political perseverance, women eventually won the right to vote when the 19th Amendment was passed in 1920.

Today the world finds itself amid a pandemic, not entirely unlike that of 1918. However, women have been hit particularly hard this time around, and as their roles in society have shifted over the years, the systems meant to support them have not kept up. Low wages and inadequate childcare options are not new barriers—women have had to overcome these, and others, for ages. Nonetheless, when schools and daycares shut down or moved to a virtual platform, women’s jobs were disproportionately affected because they are still the primary care givers in the home. In one survey, 1 in 4 women who became unemployed in the first year of the COVID-19 pandemic did so due to lack of childcare—double the rate of men. Women are also more likely than men to work in low-wage jobs, and in 2-income households where one partner must leave the workforce, it is typically the person with the lower income: the woman.

A United Nations report released in 2020 found that gender bias against women is still prevalent and is observed in both men and women: 91% of men and 86% of women exhibit bias against gender equality in areas ranging from politics and education to intimate partner violence and women’s reproductive rights. Furthermore, the report states that approximately 50% of men and women surveyed across 75 countries consider male political leaders superior to females, and over 40% believe men are better business executives than women. Recently published reports and surveys such as this make it seem like much of the progress women have made has come to a halt, or worse, started to regress. But what if the pandemic is actually an opportunity?

Lessons From the Past

When flu cases exploded in 1918, suffragists seemingly suffered a setback in their movement for women’s rights. They were entering the workforce at a rapid pace, while today women are leaving the workforce at a high rate. Between 2020 and 2021, more than 2.3 million women in the U.S. dropped out of the country’s labor force, causing women’s labor force participation rate to fall to 57%—a 33-year low. Even though each pandemic had drastically different effects on women, we can learn from the way women in 1918 reacted to their ever-changing environment:

Suffragists had been advocating for women’s rights long before the pandemic of 1918 hit. They remained active throughout the Great Pandemic and the Great War, and their determination paid off. The pandemic we are experiencing today has presented many challenges, especially for working women. However, it has brought to light many of the barriers women have faced for a long time, which have employers considering alternatives to the traditional workday. Women in the workplace have been fighting for better childcare and more flexible work schedules for decades. Now is not the moment to abandon working towards policies that better support women who work outside the home while raising families.

Suffragists were ultimately successful due, in part, to their ability to adapt to rules and regulations put in place because of the pandemic. They quickly changed their strategy to align with new pandemic guidelines in much the same way today’s society has during COVID-19. The ability to adapt to frequent changes in procedures, recommendations and expectations demonstrates our value as members of any team. Adopting flexible advocacy techniques is also essential to the future success of professional women.

The labor force vacancies created by widespread war and flu deaths opened a world of possibilities for women on the home front. Women recognized this as an opportunity to prove they were capable. Similarly, women can use the opportunities afforded to them by the current pandemic to prove they are capable—of being both mothers and scientists, of balancing work and life, of being productive outside of the office. Sure, women have been doing these things for years, but why not seize this opportunity to highlight just that?

The focus for women in science has long been on increasing their numbers in research, industry and academia, but the barriers preventing many women from furthering their education, obtaining large grants, spending countless hours in the lab, etc., still exist. COVID-19 has brought many of these into the spotlight and forced employers to find alternative solutions or risk losing a significant and valuable portion of their workforce. Some of the alternatives that have been offered to workers have the potential to contribute to a substantial reduction in barriers that stand between women and careers in science, and women need to take this opportunity to focus advocacy on what is likely to be accomplished because of this pandemic.

Without having the chance to further their education, women simply cannot break into science-based careers. The tradition of going off to college or graduate school has been trending towards major transformation for a while, but COVID-19 forced academia to adapt to the times much more quickly. While not a perfect solution, offering college or graduate courses virtually allows for schedule flexibility, which is necessary for many women to access higher education. Those already in academia must consider this option and what it could mean for helping more women enter scientific fields that were previously “off-limits.”

Childcare in the United States is cost prohibitive for some families, let alone single mothers with little to no support system. Children attending school gives parents some reprieve, but traditional office hours are often longer than school hours, leaving parents to find childcare for both before and after school. When the SARS-CoV-2 pandemic forced schools and day cares to close, society’s reliance on an already inadequate system became painfully obvious. Because the subject of childcare is currently dominating conversations, this is the time to examine what changes are necessary and start working toward those changes.

Public health guidelines for social distancing and staying home to flatten the curve compelled employers to allow telecommuting when feasible. As it turns out, permitting employees to work from home does not always result in decreased productivity; in some cases, productivity increased. What is especially noteworthy about telecommuting, though, is how accommodating it can be for women with obligations both in and out of the office. Acknowledging these benefits and allowing workers to continue telecommuting may increase job satisfaction, attract more women to scientific disciplines and help retain women presently employed in science-based occupations.

Progress Is Tough, but So Are We

The 1918 influenza pandemic was pivotal in advancing women’s role in the workplace and eventually helped them earn the right to vote. In contrast, the SARS-CoV-2 pandemic has had a detrimental effect on working women. Despite the differences, there are lessons to be learned from the women who endured the Flu of 1918.

The 1918 pandemic, along with the war, was a tumultuous period during which women made great sacrifices. Yet, they continued to fight hard for their voting rights and their new status in society. Looking back, we can find inspiration and hope that the sacrifices and contributions women are making now will end in success. Women in science must continue to promote change, support each other and advocate for more women to join us. Progress is tough, but we are too. Stay persistent—our daughters are watching. 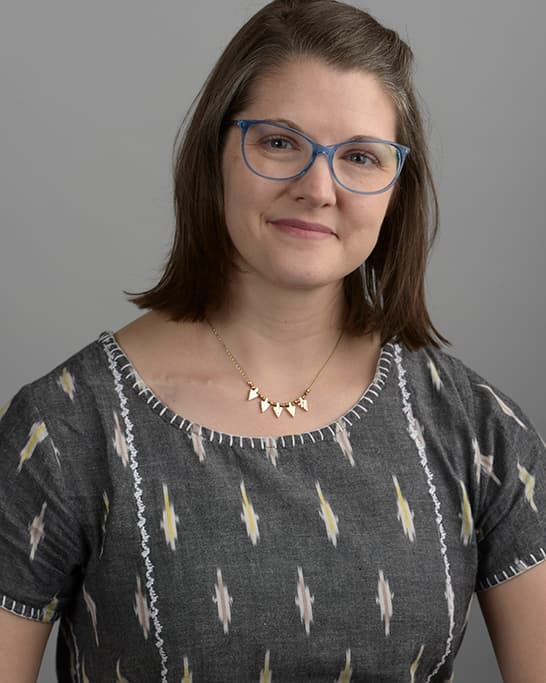 Lindsey Clark is an Assistant Professor in the laboratory sciences department at University of Arkansas for Medical Sciences and a member of ASM’s Committee on the Status of Women in Microbiology.