The human immunodeficiency virus (HIV) pandemic in the 1980s and 1990s provides a clear roadmap for developing the accurate, accessible diagnostics necessary for getting an emerging viral pathogen under control. One of the shortcomings of the U.S. response to COVID-19 has been the inability to provide sufficient testing capacity, despite this roadmap. Remembering the lessons learned from HIV, including the importance of safe sample collection and the need to adjust diagnostics and policy as knowledge progresses, can help guide the response to emerging viral pathogens.

Safety in Laboratory and Phlebotomy Settings

One of the first priorities in tackling diagnostics for an emerging viral pathogen is the ability to safely collect and process patient samples.

In June 1981, a cluster of Pneumocystis carnii (jiroveci) pneumonia cases in young men in Southern California was reported. This cluster of cases led to the recognition of a new clinical syndrome, acquired immunodeficiency syndrome (AIDS), that was eventually linked to a new viral pathogen, HIV. The initial mortality of this syndrome was approximately 90%. As of 2020, 1.2 million people are living with HIV in the U.S.

Although the etiology of AIDS had not been determined, by late 1982, there was increasing concern that if an infectious agent was involved, it might be blood -borne. This concern led the U.S. Centers for Disease Control and Prevention (CDC) to make recommendations for drawing blood and handling specimens from AIDS patients. These recommendations were the foundation for what became known as “standard precautions,” which are now the global standard of care for preventing the transmission of blood-borne pathogens during collection and handling of patient samples. A central goal of standard precautions was to prevent laboratorians and phlebotomists from being exposed to blood or other body fluids. Several practices that are standard today were not universally practiced in laboratories in the early 1980s:

With the recognition of HIV as the etiologic agent of AIDS and documented transmission through needlestick injury, engineering to improve safety for phlebotomists resulted in the development of “safety” needles with hands-free recapping, sheathed butterfly needles and more robust sharps containers. Recognition that HIV could survive in blood culture bottles for 7 days led manufacturers to transition from glass bottles that might shatter if dropped to shatterproof plastic ones. Blood cultures tubes transitioned from glass to plastic as well.

A major concern of laboratorians and other health care workers during the COVID-19 pandemic has been the shortages of personal protective equipment (PPE). With the establishment of standard precautions, which mandated the use of gloves when handling specimens containing blood or body fluids, a glove shortage occurred in 1987, causing tremendous stress in laboratorians. The need to ensure adequate supply of PPE throughout a pandemic is clearly a lesson that was not learned.

The framework for the development of SARS-CoV-2 diagnostics was based on those used for detecting HIV: nucleic acid amplification test (NAAT) to detect HIV RNA, antigen detection to detect the p24 protein of HIV and serology to detect antibodies against HIV. While the timeline for development of SARS-CoV-2 diagnostics was measured in weeks, HIV diagnostics development was painfully slow. Two years passed between the recognitions of AIDS and the isolation of what proved to be the etiologic agent, HIV. Given the rudimentary genomic sequencing technology of the time, it was another 5 years before the full HIV genome sequence was determined.

The first HIV diagnostic developed was a serologic test to detect antibodies against HIV using antigen prepared from infected human cells. It was initially approved for screening blood donations for HIV, but was also used as a diagnostic starting in 1985. Because false positives were common with this test, especially in those with autoimmune diseases, Western blot for detection of antibodies against specific HIV proteins was used as the confirmatory test. Over ensuing years, screening tests for HIV antibodies evolved through various generations that increased sensitivity and specificity. Confirmatory tests also evolved. Labs began using a fourth generation HIV diagnostic test that detects the p24 antigen, in addition to antibodies to both HIV-1/HIV-2. In 2012, a dot blot using recombinant HIV proteins to differentiate HIV-1 and HIV-2 antibodies became the recommended confirmatory test.

The detection/determination of viral HIV RNA copy number by quantitative NAAT was approved by the U.S. Food and Drug Administration (FDA) in 1996 and widely implemented by 1998. The original assay was intended to monitor disease progression and response to therapy. However, it was also commonly used as an aid in diagnosis, especially for people with acute infection in whom an antibody response had not yet reached detectable levels. Although not approved as such, this was the standard of care at the time. Subsequent diagnostic NAATs have been FDA approved.

When it was recognized that anti-HIV prophylaxis could prevent HIV in 2 groups, neonates born to HIV-positive mothers and health care workers with blood or body fluid exposure from HIV-positive persons, development of rapid HIV diagnostics became essential. With the approval in 1999 of rapid, single use, HIV serologic tests, labs began to offer this testing 24/7 to manage women in labor who did not have prenatal care and determine the HIV status of source patients following needlestick or sharps injuries to health care workers.

In addition to HIV diagnostics, CD4+ T cell enumeration via flow cytometry became important for managing patients with HIV infection. With the advent of effective antiretroviral therapies, CD4+ T cell count was used to help stage infection and assess response to therapy. With improvements to effective therapies, the frequency of CD4+ testing has declined; however, it remains an effective tool to assess immune status. While the technology of CD4+ T cell counting has evolved, the basic tenet of the technique remains. Blood cells are tagged with fluorescently labeled monoclonal antibodies that bind to specific cell types like CD4+ T helper cells. These tagged cells are then enumerated with a flow cytometer. This instrument enumerates fluorescently tagged cells one by one to provide the cell concentration. The need for accurate and reproducible CD4+ T cell enumeration helped to promote flow cytometry as a widely-used laboratory method that has impacted many clinical services beyond infectious diseases.

As understanding of the natural history of HIV improved, the importance of acute HIV in transmission of HIV was established. Because HIV RNA copy numbers are in the millions in blood during the acute phase of infection, pooling of specimens was proposed as a means of screening populations for acute HIV. Pooling 10 HIV seronegative specimens for detection of HIV RNA by NAAT became the standard of care at the University of North Carolina Hospitals from 2006-2012. With the development of the fourth-generation serologic tests that detect both HIV-1 and -2 antibodies and p24 antigen, testing of HIV seronegative pools to detect patients with acute HIV was discontinued.

At the beginning of the HIV pandemic, the problem of access to testing was driven by fear of the stigma of being HIV positive. The fear was clearly justified. First, the disease was fatal in well over 90% of people. Having an HIV test on one’s medical record (even a negative one) could void one’s medical and life insurance (one of the goals of the Affordable Care Act was to make medical insurance available to HIV-infected individuals). People with AIDS were disowned by family, lost jobs and housing. Undertakers refused to bury people who died from HIV. Health care workers feared contagion. Society shunned those who were HIV infected.

With improvement in treatments and greater empathy for people with AIDS, fear dissipated to some degree, but access to testing was still problematic, with testing abandoned in 5 -10% of patients because of a lack of appropriate paperwork. In addition, with the recognition of the importance of acute HIV infection in its transmission, we began to be concerned that people presenting to the UNCH emergency department (ED) with viral syndromes consistent with acute HIV were not being tested for it. By then, the CDC was recommending that all adults know their HIV status. We shared with our ED colleagues our concern and they admitted that they did not do HIV testing because it took too much time to do the paperwork and follow up on positive tests. At that point, we decided that it was time to stop requiring written informed consent for HIV testing.

One of the people concerned about the lack of testing was a physician working for HIV/STD prevention in the North Carolina Department of Health and Human Services. After meeting with him and his HIV/STD prevention colleagues, where we described how written informed consent was a significant barrier to HIV testing in ED settings, they were able to push a rule change through the state legislature that no longer required written informed consent, but rather the option for the individual to give oral consent or, if they chose, opt out of testing. We also arranged with our HIV clinic to report all positive HIV tests to them so they could follow up, relieving our ED physicians of that responsibility. Despite this, in a recent survey of ED patients, only 18% of people tested for syphilis, a key risk factor for HIV acquisition, had an HIV test ordered. It is difficult to believe that the other 82% knew their HIV status.

The CDC currently estimate that 40% of all HIV infections is spread by people who do not know they are infected. This is tragic given the availability of pre-exposure HIV prophylaxis, PrEP, to prevent them from spreading this virus to those they love.

The lesson learned from HIV is the ability to develop, deliver and widely disseminate novel diagnostics is a key component in combating a pandemic. In the critical, initial stages of the COVID-19 pandemic, there was a failure in the U.S. to apply the lessons learned from the HIV pandemic. With global warming and greater urbanization, the likelihood of more frequent viral pandemics must be faced. Using the remarkable diagnostic tools that have been developed in the past decade and the clinical microbiology community’s experience with both HIV and SARS-CoV-2, clinical microbiologists are more than capable of responding rapidly to future viral pandemics. 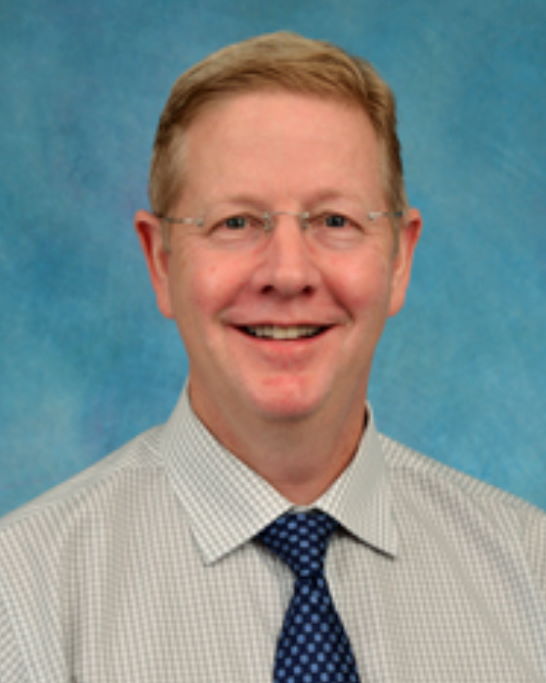 John L. Schmitz, Ph.D., D(ABMLI), F(ACHI), F(AAM), is the Director of the Immunology/Histocompatibility and Immunogenetics Laboratories at the University of North Carolina Hospitals.

Peter Gilligan, Ph.D., D(ABMM), F(AAM) is the former Director of the Clinical Microbiology-Immunology Laboratories at the University of North Carolina Hospitals.