Beyond the Matrix: Mass Spec as a Clinical Microbiology Tool

Share This
In a world moving faster and faster, are microbes being left behind? By far, the slowest things in the microbiology lab are the microbes themselves (we can’t make them grow faster). Microbes take minutes to hours to replicate, and seemingly ages to form a colony visible to the naked eye (this video shows the process greatly sped up). Fortunately, with the introduction of mass spectrometers to clinical labs, a recent reinjection of physics has helped many microbiology labs identify microbes more quickly by detecting protein 'fingerprints’ of different species and decoding their complex biochemistry–even before they’ve grown to large enough volumes to perform classical biochemical tests. This has shown great promise in reducing the time-to-result for patients with infections.

So, what parts of the clinical microbiology lab can benefit most from mass spectrometry, and how can this further help patients?

What is a Mass Spectrometer?

Mass spectrometers (MS) are instruments that can identify compounds within an unknown substance (such as a bacterial colony) using fundamental physics principles. The first mass spectrometer was developed in the early 20th century by J.J. Thomson, the Nobel Laureate credited with discovering the electron. Since then, various types of mass spectrometers have been developed and refined, now lauded for their extremely high sensitivity and resolution (and cost). MS have also taken their place in clinical microbiology labs and are proving to be tremendously powerful at quickly and accurately identifying pathogens from clinical specimens.

How a Mass Spec Works

The core principle of mass spectrometry is that the movement of a charged particle can be controlled with an electric current. To identify a mystery sample (e.g., a colony of unidentified bacteria, a single protein, or a chemical compound), an MS must accomplish the following steps: The mass spectrometer’s input is a mystery sample, and the output is a spectrum, where the combination of specific, telltale peaks betray the presence of specific, telltale components, and the overall profile can be decoded by comparing it with a database of known spectra from other tested samples, like a fingerprint in a police database.

Several different MS types exist, each defined by the ion source (step 1), mass analyzer (step 2), detector (step 3) and whether ionized compounds are fragmented into smaller pieces. Some of the most common types include quadrupole, ion trap, time-of-flight and tandem MS. Each type has their own applications, pros and cons. All come with a hefty initial price tag.

Of the many MS types, the microbiologist’s favorite is the MALDI-TOF (matrix-assisted laser desorption-ionization time-of-flight) MS. As the name suggests, with the help of a chemical matrix coating, a laser beam ionizes the target sample. With all components charged, they are herded into the TOF unit (the mass analyzer). MALDI-TOF MS uses a soft form of ionization, which is perfect for studying fragile biological compounds, like proteins, without fragmenting them, simplifying the downstream analysis. Inside the TOF unit, each ionized compound travels to the detector at a speed determined by its mass (m) (actually, by its mass-to-charge ratio [m/z], but MALDI also favors singly charged ions, so z = +1). The detector feels a “ping” corresponding to each protein’s precise mass. Because each bacterial species is made up its own set of proteins (proteome), each species also has its own spectrum of pings that can be used to identify it. This technique is particularly well-suited for the proteomes of microbes, which are of relatively low-complexity compared to other organisms.

How Are Mass Spectrometers Used in Clinical Labs?


Mass spectrometry has shown massive promise in the study and diagnosis of human disease. In clinical chemistry and toxicology labs, mass spectrometry is used to detect and quantify specific, clinically-relevant compounds, such as hormones, drugs, metals, disease biomarkers and more, from human samples. Similarly, mass spectrometry can be used to test blood to screen newborn babies for important diseases.

In clinical microbiology labs, mass spectrometry, and especially MALDI-TOF MS, has become an invaluable tool to identify many different types of microbes. As mentioned above, because the MALDI technique ionizes compounds without much fragmentation, it is well-suited to studying a small array of fragile biological compounds, such as the relatively small proteomes of microbes. These key steps can be performed by a trained medical laboratory technologist in seconds to minutes per sample, with low cost per test. Compared with classical biochemical tests taking hours to days and requiring substantial microbial growth to start, this is strikingly co-operative for our slow-growing counterparts. Accordingly, MALDI-TOF MS has quickly become a go-to technique to identify bacterial and fungal species from pure cultures.

What Else Can MS Do?

Now that more and more microbiology labs are paying 6-figures for their MALDI-TOF MS, is there more that can be done with these instruments? One may be surprised by all the things a mass spectrometer can do to accomplish key functions of a clinical microbiology laboratory – including and beyond microbial identifications.

To further decrease the turnaround time of microbial identifications, MALDI-TOF MS can be used to identify microbes directly within clinical specimens (including urine, cerebrospinal fluid and blood) and after a greatly shortened incubation periods (e.g. blood cultures and synovial fluid in broth culture). The high sensitivity and low turnaround time for a MS identification can have an outsized impact on the care of a patient with an infection. For instance, using MALDI-TOF MS to identify microbes in sterile specimens has reduced the time to effective treatment, and thereby, positively impacted antimicrobial stewardship and associated costs. For this purpose, commercial kits are available, home-brew methods have been useful and brief sub-cultures of positive samples, like blood cultures, have all shown promise in reducing the wait-time for enough detectable microbial signal. And (good news) none need the bug to grow faster!

MALDI-TOF MS has also shown promise in predicting antibiotic resistance to carbapenems, other beta-lactams and polymyxins, to name a few. Recently, the Bruker Sirius™ MALDI-TOF MS with a negative ion mode was FDA-approved; this new feature enables the analysis of lipids (lipidomics), as well as proteins, which is of great importance in detecting lipid-mediated resistance mechanisms, best illustrated with Lipid A modifications that confer resistance to polymyxin antibiotics. Despite this, and other interesting advances, there’s still a long way to go before MALDI-TOF MS could become a routine tool for susceptibility testing in clinical labs. Ultimately, few are phenotypic tests, none provide a minimum inhibitory concentration and many possible mechanisms can be involved in phenotypic antibiotic resistance.

MALDI-TOF MS techniques can also identify and quantify nucleic acids, including genetic mutations, plasmid copy numbers and post-translational modifications of genomic DNA and tRNA/rRNA. One particularly exciting development is the implementation of PCR-electrospray ionization (ESI) mass spectrometry. ESI is a soft ionization technique, like MALDI, that can be used to determine the composition of a mystery compound. When combined with PCR, ESI MS can determine the composition of each nucleotide in multiple amplicons, with impressive specificity, to unambiguously identify the microbe(s) in the sample. Several commercially-available PCR-ESI/MS assays exist for broad categories of microbes, including broad bacterial agents, respiratory viruses, biothreat agents and more. The U.S. Food and Drug Administration (FDA) also granted Emergency Use Authorization (EUA) to 2 laboratories for their SARS-CoV-2 diagnostic tests, where mass spectrometry was key to the diagnostic test.

How Will Mass Spectrometry Shape Clinical Diagnostics in 20 Years?

Advances in mass spectrometry hint at a very different clinical microbiology lab in 20 years. Will we be using MALDI-TOF MS on blood smears and directly from human blood samples? Will MALDI-TOF MS be part of a total laboratory automation (TLA) workflow? Will Creutzfeldt-Jakob Disease (CJD) be detected with MALDI, assessing CJD biomarkers directly from cerebrospinal fluid or blood samples? Will clinical labs use selected reaction monitoring (SRM) on MALDI-TOF MS to search for a peak shift associated with carbapenem-inactivation in a MALDI-TOF MS-specific variation of the modified carbapenem inactivation method (MCIM) assay, reducing incubation time? Will quantitative urine cultures be performed with tandem mass spectrometry directly from clinical samples? How much will we be able to chip away at the microbiology lab’s turnaround times, which largely come from waiting for requisite growth? And as the field adapts to using non-culture based diagnostics in case definitions for notifiable diseases, will this extend further beyond molecular techniques into mass spectrometric techniques? What will the laboratory response to future pandemics look like?

Regardless of the exact future picture, it is important to recognize that mass spectrometry is a useful tool that has been amassed in clinical laboratories across the world. Future technologists must be appropriately trained on molecular and mass spectrometry skills, while retaining their comfort and competence with classical biochemical tests, should the beloved mass spectrometer ever be unavailable.

MALDI -TOF MS has given clinical microbiology labs one giant leap forward. While the 17th, 18th and 19th century view of a microbiologist might be drawing anything under a primitive microscope, and the 20th century equivalent would be carefully monitoring test tubes of carbohydrate reactions for complex algorithms of bacterial identifications, the 21st century view will be from a mass spectrometer. 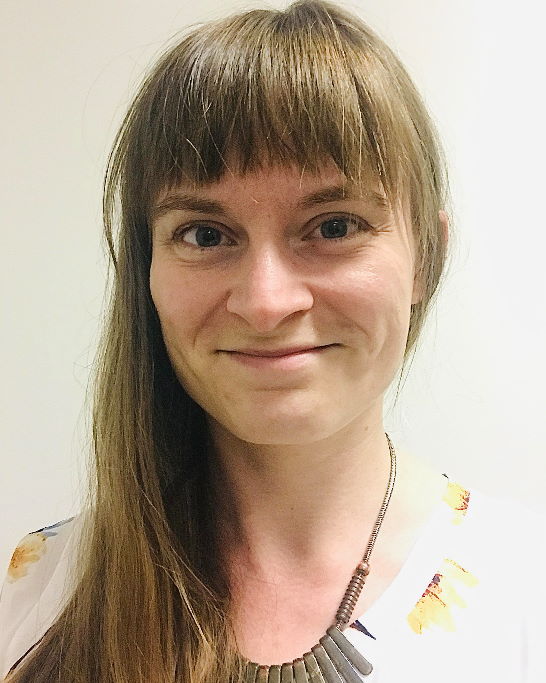 Dr. Natalie Marshall is a clinical microbiologist at the Provincial Public Health Laboratory in Alberta, Canada. She is passionate about the accessibility of "free knowledge" to anyone who seeks it.