“The biggest disease today is not leprosy or tuberculosis, but rather the feeling of being unwanted.”
-Mother Teresa (1910-1997)

Mother Teresa, often dubbed “the Saint of the Gutters,” is undeniably revered for her tireless devotion to charitable endeavors. Those who study her life and work are familiar with her efforts to help those who suffered from leprosy, also known as Hansen’s disease. In the 1950s, many individuals living in close quarters in India were suffering from this disfiguring disease. Infected patients were often ostracized by their families and society due to the devastating lesions associated with advanced disease and the fear of contracting the infection. Mother Teresa, upon recognizing that this was a human rights issue, initiated a fund to support educational efforts, establish housing and vocational support and create clinics to provide medication and wound care to infected individuals.

Today, leprosy remains a public health issue worldwide, and discrimination against afflicted individuals still exists. When looking back at disease control efforts before the availability of effective antimicrobial treatment, it is easy to understand why Hansen’s is sometimes called “the Separating Sickness.” Forcible isolation was a common approach that was widely adopted around the world to reduce transmission. Infected individuals were removed from their homes and placed in a remote location, often called a colony, where they were not allowed to interact with the outside world. One of the most well-known colonies in the U.S. is Kalaupapa, Hawaii, where at least 8,000 individuals have been placed in isolation since the establishment of the colony in the 1860s. Today, there are only a few remaining patients, many of whom chose not to leave the colony, as it is the only community they have been a part of for most of their lives. Although forcible isolation is now a thing of the past in most countries, the feeling of discrimination and the isolation that leprosy patients endure still separates them from the rest of society.

In addition to being one of the leading infectious causes of deformity in the world, leprosy is also one of the oldest known infectious diseases. The word “leprosy” is derived from the Latin word lepra, meaning scaly. The disease is mentioned in many historical and religious texts. However, “leprosy” in these texts refers to a variety of skin conditions that were not the same as modern leprosy. Although today, as a Neglected Tropical Disease, it is primarily endemic in tropical and sub-tropical regions, approximately 175 new cases are reported each year in the U.S., and the disease is nationally notifiable. The true burden of leprosy is difficult to estimate due to the underreporting of disease incidence, a direct result of the stigma caused by the disease and the lack of disease awareness among the general public and healthcare professionals.

Leprosy is caused by obligate intracellular, weak acid-fast bacilli in the Mycobacterium leprae complex, which includes M. leprae and the recently discovered M. lepromatosis. M. leprae was first observed by a Norwegian physician, Gerhard Armauer Hansen (1841-1912), who described the microorganism in the tissues of patients as rod-shaped bodies resembling bacteria. However, there were initially doubts among the medical community about whether these microorganisms were truly the etiological agent of the disease. In an attempt to fulfill Koch’s postulates and prove that the observed bacilli actually caused, leprosy, Hansen inoculated materials containing the organism into a woman’s eye without her consent. But she did not, in fact, develop the disease, and this egregiously unethical conduct left an unfortunate mark in the history of medical research on humans.

Organisms in the M. leprae complex are extremely fastidious and grow very slowly compared to other bacteria, with a doubling time of 13 days. M. leprae can only be propagated via inoculation into the skin of animals, such as mouse footpads, while M. lepromatosis has yet to be successfully cultured. The organism grows best at 27–30°C, which is not much different from normal skin temperature (approximately 30 - 34°C). This explains why superficial infections are common.

The mechanism of transmission is not entirely clear, but a respiratory route has been suggested, due to the high organism load in the nasal discharge of untreated patients. Although respiratory transmission is very efficient for many pathogens, only 5% of individuals exposed to the organism causing leprosy will develop an infection. Immunosuppressed individuals are more susceptible. The infection is not transmitted through casual, short-term interactions or sexual contact. Certain genetic predispositions, combined with close, long-term contacts with an infected individual, may be associated with disease transmission, but the prolonged incubation period (often between 2–20 years) makes it incredibly challenging to find the true source of an individual’s infection.

Although M. leprae is almost exclusively a human pathogen, rare zoonotic transmissions from nine-banded armadillos have been reported in the Southern United States. Interestingly, M. leprae in armadillos and humans in the U.S. share the same genotype, suggesting a possibility that armadillos may have originally contracted the disease from humans. Although zoonotic transmission rarely occurs, it is recommended to avoid contact with armadillos. WHO recently published recommendations stating that the BCG vaccine, administered at birth, may reduce the risk of developing leprosy and is recommended in countries with high TB and leprosy endemicity. This cross-reactivity is believed to be due to homology between M. bovis (vaccine strain) and M. leprae antigens.

Signs and Symptoms of Leprosy

According to the Centers for Disease Control and Prevention (CDC) and the World Health Organization (WHO), leprosy infection can be divided into 3 groups based on Ridley-Jopling classification - paucibacillary/tuberculoid, multibacillary/lepromatous and borderline/dimorphous disease. Signs and symptoms of the disease depend on organ system involvement. Some of these signs and symptoms mimic those of other infections or non-infectious conditions, and it is important to be knowledgeable about the differential diagnosis.

Diagnosis relies on recognition of clinical presentation, followed by confirmatory laboratory testing. In areas with high endemicity, diagnosis is often made based solely on signs and symptoms. According to the National Hansen's Disease Program (NHDP), cardinal signs of leprosy include localized skin lesions, thickened peripheral nerves and the presence of acid-fast bacilli in lesions.

There is no reliable serological testing or skin test for leprosy. The lepromin test, which involved intradermal injection of inactivated organisms to determine the type of leprosy, based on Ridley-Jopling classification, is no longer available in the U.S. Laboratory diagnosis therefore relies on demonstration of the etiologic organism in lesions using the approaches listed below. In the U.S., the National Hansen's Disease Program (NHDP) in Baton Rouge, Louisiana offers clinical consultation and diagnostic testing services (tissue exam and molecular detection) for leprosy at no cost. Providers should promptly report any potential case to public health departments and make arrangements to submit specimens to NHDP for testing.

Antibiotic treatment is highly effective. The recommended regimen for most cases is a combination of dapsone (bacteriostatic) and rifampin (bactericidal). For multibacillary diseases, where cell-mediated immunity is often weak or absent, NHDP recommends the addition of clofazimine to the combination. The duration of treatment is between 12–24 months, depending on the severity of infection. It is important to take medication as prescribed for the entire duration of the treatment to prevent ongoing transmission and antimicrobial resistance.

Some patients may experience an inflammatory reaction within 6–12 months of treatment. A short course of prednisone may be used to treat strong immunological reactions to the organism. Patients undergoing treatment can live with their families and continue to attend work or school. However, household contacts living with a newly diagnosed patient within the 3 years prior to initiation of treatment should undergo a physical examination and be educated about the disease. Contacts should not be treated if they don't have the infection.

Surgical intervention may be warranted to facilitate wound healing and minimize deformity and loss of function, depending on organ involvement and severity of the infection

In addition to being one of the neglected tropical diseases, leprosy is also considered one of the neglected diseases of poverty in the U.S. Infected individuals are marginalized due to the stigma associated with the disease and often encounter difficulty accessing health care due to logistical challenges and high costs of medical care. These factors often lead to a delay in diagnosis and development of permanent disabilities. Many patients still live in isolation and develop health issues secondary to their physical illness.

Although the disease is still a global public health issue that affects hundreds of thousands of people each year, including those in high-income countries, public awareness of the disease remains low. Rectifying this gap is therefore an important key to combatting the disease. World Leprosy Day is internationally observed on the last Sunday of January each year, with the main goal to raise awareness and eliminate misconceptions associated with the disease. In 2021, virtual activities were organized around the world to promote awareness of the disease and encourage the public to focus on the abilities of affected individuals rather than disabilities. The National Hansen's Disease Museum in Louisiana offers great insight into the lives of leprosy patients in the 1900s.

Effective treatment for leprosy has been available for decades, but many who need treatment still do not have access to proper medical care. Furthermore, healthcare professionals are often inadequately educated about the signs and symptoms of the infection, and this manifestation of the lack of disease awareness can result in delayed diagnosis and treatment. It is of utmost importance to inform the public on how to recognize symptoms and know when to seek medical assistance. Healthcare professionals should also receive adequate education about leprosy so infections can be recognized and treated before it is too late. 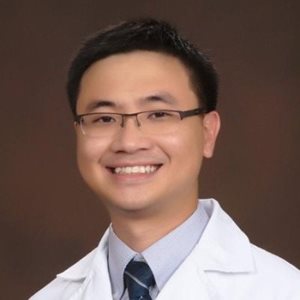