Share This
The human microbiome encompasses the many microorganisms that live on and inside of people. When scientists think about factors that can change the microbiome, they think about things like antibiotics and lifestyle. This view of the microbiome is very individualistic, emphasizing the role of an individual in their own health outcomes, yet scientists know that systemic forces can have a greater impact than individual choices on microbial health and health outcomes. If the concept of gut health and the gut-brain axis is expanded to encompass structural barriers, such as access to environmental microbes and access to food, scientists can develop a more holistic view of health and well-being and  more effective health interventions.

The term “gut-brain axis” refers to the communication pathways between the brain and gut microbes (sometimes called the gut-microbiota-brain axis). There is ample, reproducible research showing that our microbes play a clear role along a variety of pathways in mental health (e.g. depression and anxiety) and mood. Health should be defined to include the microbiome and the things that shape it. Microbiome research is not only discussed in academic spaces—people from all walks of life are talking about the microbiome and trying to integrate what they learn into their current lifestyles (regardless of if the science supports their intervention). However, something is missing from the conversation around nutrition and the gut-brain axis—the barriers that cause unequal access to quality nutrition.

Nutrition plays a key role in the health of gut microbes,  since gut microbes eat what their hosts (i.e., people) eat. Scientists pose nutrition as a potential intervention target to improve the function of the gut-brain axis and in turn, well-being. There is a heavy focus on the role of fiber, especially prebiotic fibers which directly feed microbes, in improving gut health and the integrity of the gut-brain axis. Scientists emphasize the role of the individual choices in nutrition and how it impacts gut health, but scientists rarely discuss the systems that shape what nutritional choices an individual has access to. Without equitable access to nutrition, people’s ability to support a healthy gut microbiome is limited, thus making them more susceptible to diseases related to the gut microbiome (such as irritable bowel disease and metabolic syndrome) and poorer health outcomes (such as obesity and obesity-linked diseases).

An example of the inequitable access to key nutrition are food deserts. The term “food desert” (also called food apartheid) describes communities where it is difficult to buy fresh, nutritious and affordable food. It is estimated that in the United States alone, 19 million people live in food deserts (that’s just over 6% of the U.S. population). Comparatively, approximately 50% of urban areas (versus 41% in rural places) in low income countries are food insecure. Further, the systems that create food deserts are the same systems that reinforce health disparities (e.g., income inequality and modern segregation). Failing to address the role of these systems in health outcomes means failing to meaningfully change health outcomes for people living in food deserts. If scientists want to help those who are suffering from poor health outcomes, they need to ensure they can relate their findings to the context of those experiencing those outcomes. For example, scientists should consider how diet-based interventions can be implemented for those who live in food deserts or find reasonable alternatives. If not, then people living in food deserts will continue to experience the poor health outcomes linked to food deserts—cardiovascular disease is more common for those in food deserts, food hardships can lead to obesity, and living in a food desert can increase the risk for diabetes.

While scientists are not responsible for policy interventions, they are responsible for communicating how social position impacts health outcomes and framing their findings in these contexts. If there is a discussion of the role of nutrition in the gut-brain axis, there should be a discussion of strategies that get nutrition to those living in food deserts, or even better, discussions of food sovereignty, the right of peoples to healthy and culturally appropriate food produced through ecologically sound and sustainable methods. From the example above, scientists can consider how nutritional interventions can be made accessible to those living in food deserts. If scientists fail to communicate how their findings can improve health for those experiencing poor health outcomes, it may worsen health disparities by only helping those who can easily access and implement what is found. It is not someone else’s job to connect complicated health intervention research findings with social context; if scientists want their science to be useful, they must make it such.

Another factor missing from the conversation around improving well-being via the gut-brain axis is the effect of cities on the microbiome. Cities may play a role in shaping the microbiome, as they can chronically disrupt a community’s microbiome through exposure to things such as toxic pollutants and over- or under-sanitized spaces, or influence the microbiome through exposure to environmental microbes in green spaces like community gardens. Exposure to microbiome-disruptors is not spread evenly throughout cities, either. Often, those with chronic exposure to toxic environments are of lower social status. Just as age, race, and minority status come along with greater risk of adverse health outcomes, they also place some groups at higher risk for environmental diseases.

Green spaces, such a parks and community gardens, could help combat some of this risk. They help regulate temperature, air quality and noise levels. On top of the benefits green spaces bring to cities, they also lower the stress levels of the people who spend time in them. Green spaces can potentially play a role in supporting a healthy microbiome in communities where other factors of city life could disrupt the typical microbiome. It has been proposed that cities disrupt people’s evolutionary relationship with their microbes. Green spaces can provide an opportunity for people to reestablish that relationship with environmental microbes and potentially decrease their risk for some illnesses (like asthma) in the process.  Community gardens can double as a green space and pathway to support food sovereignty. While scientists are not in charge of increasing green spaces in communities with many city linked microbiome disruptors, acknowledging the role of cities and the potential protective effects of green spaces like community gardens in discussions of research on the disruptive effects of cities on the microbiome and other health outcomes can help to place findings in context.

Microbial stewardship is the idea that everyone does better when the collective microbiome is healthier (individuals and environmental microbes), a concept discussed in the Microbes and Social Equity Spring Speaker Series. Dr.  Kieran O’Doherty discussed how there can be regional disparities in microbiome compositions that hurt the disparate communities. These communities can have higher rates of illnesses associated with disruption of individual microbiomes. Diabetes and irritable bowel disease, for example, can be connected to a community’s societal and medical practices. O’Doherty proposes that strict and preventative policies for microbial stewardship can safeguard a collective microbiome to combat these disruptors and protect community health, and by extension, the gut-brain axis and well-being.

Dr. Nicole Redvers further discussed microbial stewardship through a decolonizing premise. Reframing the relationship between people, their microbes and the community for microbial stewardship is embedding people on a planetary scale, Dr. Redvers argues.  This understanding of health emphasizes the importance of green spaces and environmental microbes for community and planetary health. Formally recognizing and listening to Indigenous knowledge can address many problems created by the human-centric view of health by integrating what the human-centric perspective has left out.   Incorporating indigenous knowledge into our understanding of one’s health, the microbiome, and the role of cities and green spaces will improve the health of individuals, communities, and in time, our planet.

The way people live in cities can have a significant impact on the microbiome, and in turn, the gut-brain axis. Scientists should capture this in research and promote others to do the same. Here are some ideas for considering social context in research:

In all, microbiome research and health interventions can become more effective if systematic barriers are considered in this research, and it is the role of scientists to integrate this perspective into their work.
Read the Microbes and Social Equity article to learn more about the Microbes for Social Equity working group. 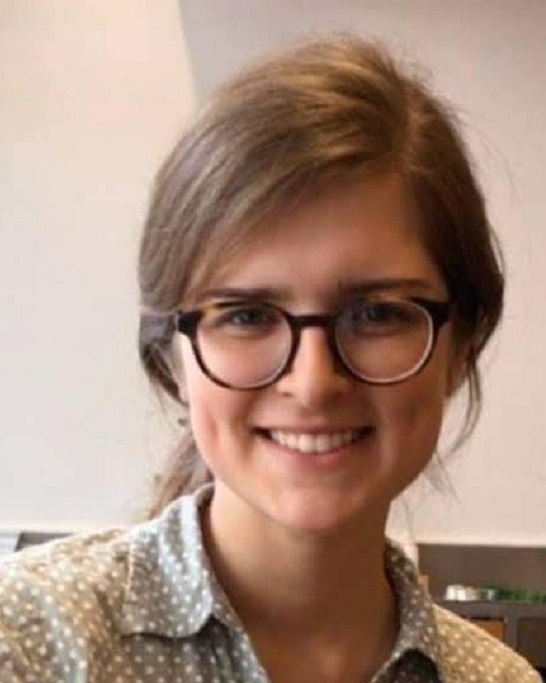 Emily Wissell works on human microbiome research in bioinformatics. Wissel is currently a Ph.D. student at Emory University, where she studies the microbiome during pregnancy.