Are Humans Born With Bacteria in Their Guts?

When do humans encounter bacteria for the first time in life? This is a question with conflicting answers. For decades, the fetal microenvironment was thought to be devoid of any bacteria, an idea known as the sterile womb hypothesis. However, recent studies have identified viable bacteria in the fetal intestine. These studies also imply that the presence of specific bacteria in the fetal intestine is purposeful, as it induces beneficial response to the host. If bacteria can indeed interact with mammals before birth, the consequences are far reaching, and the purpose and outcomes of such interactions should be investigated.

The sterile womb hypothesis is based on studies that used bacterial culture-based techniques and detected no bacteria in placenta, amniotic fluid or meconium (earliest stool of a mammalian infant) from healthy pregnancies after plating out these samples in bacteriological plates. However, the culture-based methods used in these studies are limited in their ability to capture the diverse bacterial species that comprise the gut microbiota. The early 2000s marked the advancement of next-generation sequencing (NGS) technologies that could detect difficult to culture, low abundance bacteria from samples, thus overcoming the limitations of traditional, culture-based approaches. Studies using NGS identified different bacterial species such as Firmicutes, Tenericutes, Proteobacteria, Bacteroidetes and Fusobacteria phyla in the fetal environment. However, many NGS-based studies received criticism for not using proper experimental controls to ensure that the bacterial sequences detected in the fetal environment were not contaminants from the sequencing process itself. Moreover, sequencing-based approaches detect bacterial DNA that does not always indicate the presence of live bacteria; hence, it is not direct evidence of viable bacterial presence in the fetal intestine. Even when the presence of bacteria in the fetal intestine is detected, it does not necessarily suggest pre-birth colonization if the bacterial presence is transient as opposed to persistent.

Prenatal bacterial colonization is only possible if the maternal microbiota associated with a pregnant individual can cross the placental barrier to colonize the neonate. Studies from invertebrates, such as mosquitos and beetles, support the theory of pre-birth bacterial colonization. A bacterium, Wolbachia, is a maternally transmitted natural endosymbiont found in many arthropods. When this bacterium is introduced artificially to the mosquito, Aedes aegypti, it establishes symbiosis with the mosquito, maternally transfers from the mother mosquito to her offspring and enhances the basal immune response and resistance of the mosquito to pathogenic infections across generations. In red flour beetles, some pathogenic bacteria (Escherichia coli, Micrococcus luteus or Pseudomonas entomophila) are maternally transferred from the mother’s reproductive system to the developing embryo. Pre-birth colonization of these pathogens via maternal transfer provides enhanced immunity against infections by these bacteria in embryos. These studies clearly demonstrate the benefits of pre-birth colonization in developing invertebrate embryos.

Two separate studies in humans provide compelling evidence to suggest that viable bacterial colonization occurs in fetuses and is beneficial. One of the studies identified bacteria-like structures in fetal meconium of terminated pregnancies using super-resolution scanning electron microscopy. Using sequencing and culture-based approaches, multiple species of bacteria were identified in the fetal environment. One of the species identified in this study, Micrococcus luteus, is viable inside monocyte cells for a long time and induces production of cytokines by fetal antigen presenting cells that promote the development of intestinal macrophages (GM-CSF and G-CSF) and confer tolerogenic/anti-inflammatory environment (IL-10) in humans. Another study cultured live bacterial strains of Staphylococcus and Lactobacillus from the intestine, skin, placenta and lungs of fetuses in the 2nd trimester of gestation. These bacteria activate T cells in the mesenteric lymph nodes, the primary lymphoid tissue of the fetus, suggesting potential roles for these bacteria in inducing memory T cell responses in fetuses even before birth, a process called immune priming.

Antibiotics are known to affect indigenous bacteria living in the intestine and strongly correlate with multiple long-term adversities in humans, including obesity, behavior abnormalities, allergy, autoimmunity and other diseases. It is also a common practice to administer antibiotics at birth for preemies and other full-term infants before any clinical evidence of bacterial infection. However, if pre-birth bacterial colonization theory holds, gut microbiota that colonize fetuses pre-birth may be affected by at-birth antibiotic treatment as well as antibiotic treatment of pregnant individuals, since transfer of the mother’s indigenous gut bacteria to the fetus may be impacted.

While the debate over whether pre-birth bacterial colonization occurs in humans or not is still ongoing, at least some recent studies from invertebrates and humans suggest that it is a possibility. Future research should aim to settle the debate surrounding pre-birth bacterial colonization by using robust experimental approaches to overcome shortcomings associated with the previous studies and critically examine when humans interact with bacteria for the first time in life, and why this interaction is important.

Microbiome research is fundamental to health, climate and ecosystems. Learn more about demystifying the phytobiome and harnessing data for solutions by veiwing recorded sessions from our Microbiome webinar series. 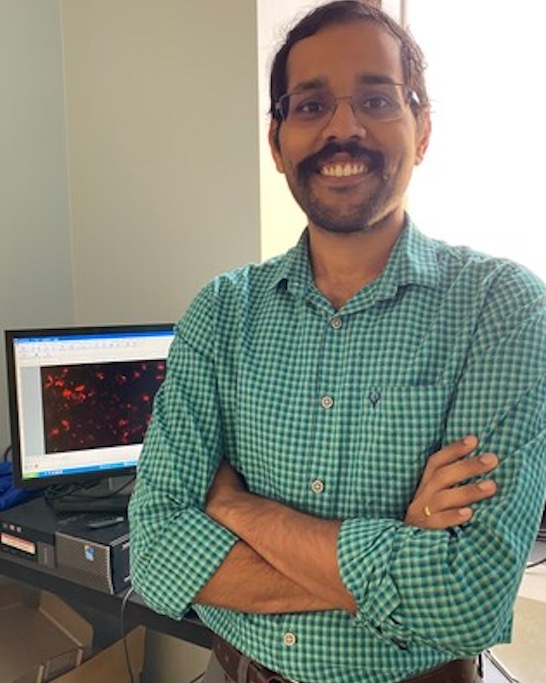 Sreeram Udayan, Ph.D. is a postdoctoral researcher at Washington University School of Medicine in St. Louis studying the mechanisms of host-microbiome interactions in early-life.