The One Health of Rabies: It’s Not Just for Animals

With only 1-3 cases of rabies in humans in a typical year in the U.S., why does rabies deserve its own day annually on Sept. 28? A few compelling reasons:

An ancient disease, rabies is one of the most diabolical and feared among neglected infectious diseases. Because treatment is rarely succesful, education about prevention is imperative for controlling the disease and saving the lives of humans and animals.

World Rabies Day and One Health

The inaugural World Rabies Day was held in 2007. The premise of this day is the value of a One Health approach, which encompasses the connections among human health, animal health and the state of the environment, to preventing rabies. World Rabies Day serves to raise awareness of rabies and encourage people to vaccinate their pets, with a focus on rabies-endemic countries and how to create community responsiveness to this disease.

The Nature of the Virus and the Disease

The rabies virus has a bullet-shaped morphology and is highly neurotrophic. It belongs to the family Rhabdoviridae, genus Lyssavirus. Rabies virus is a negative-sense, non-segmented, single-stranded, enveloped RNA virus that contains a single glycoprotein on its surface and a ribonucleoprotein core. Rabies is the only lyssavirus present in the Americas.

Rabies is a disease of warm-blooded animals, including humans. Some animals are reservoirs for rabies and considered to be high risk; in the U.S., the high-risk animals for rabies are bats, raccoons, skunks, and foxes (as well as mongooses in Puerto Rico). These reservoirs are associated with species-specific rabies virus variants; rabies infection in a species other than the reservoir species for the variant is considered "spillover." An example of spillover would be a cat infected with a skunk variant of rabies virus.

Transmission occurs when saliva containing the rabies virus is introduced into an opening in the skin, usually via the bite of a rabid animal. Though rare, transmission can also occur through infected saliva contacting mucous membranes (eyes, nose, mouth) or a scratch or other break in the skin. The potential for these rarer modes of transmission creates the need for rabies laboratory and biologics workers and other at-risk people to use personal protective equipment. Masks and goggles or face shields protect mucous membranes, while gloves and gowns cover any breaks in the skin.

The virus multiplies in the muscle (possibly in the skin as well in bats) for a varying amount of time before migrating into the nervous system, where it directly infects neurons. There remain unknowns about why the incubation varies; some possible factors are the severity and location of the bite, quantity of virus introduced and variant of virus involved. The virus acts with cunning stealth, using the central nervous system for viral replication and causing acute, progressive encephalitis (inflammation of the brain). Once the virus enters the nervous system, rabies postexposure prophylaxis (PEP) is no longer effective and death is almost inevitable. Since clinical signs (and symptoms in humans) do not appear until after the virus enters the nervous system, it is futile to wait for the appearance clinical signs and symptoms to start PEP. Hope for the development of an effective treatment once the virus has entered the nervous system still lies in the heart of rabies research.

Its variable incubation period is one of the many enigmas of rabies. Another enigma is its unpredictable manifestation of a wide array of clinical signs. Some signs that serve as a clue that an animal is rabid include unexplained paralysis or paresis (muscle weakness caused by nerve damage or disease), a change in behavior (for example, a normally playful puppy may become withdrawn or a nocturnal animal may be out during the day), pica (eating strange, non-food items), chewing at the site of the bite, pawing at the mouth, difficulty swallowing, altered phonation (such as high-pitched howling in dogs or bellowing in cattle), hypersalivation (thick, rope-like saliva), lack of coordination and a hypersensitive reaction to stimuli. These are similar in nature to rabies clinical signs and symptoms in humans: pain or tingling at the bite site, difficulty swallowing, hydrophobia (fear of water), altered phonation (voice changes or bark-like sounds), autonomic instability (for example, slow heartbeat and hypersalivation), change in behavior, lack of coordination, involuntary movements of the face, hypersensitivity to light, sound and touch, aerophobia (fear of air drafts), involuntary muscle twitching, paralysis, paresis and a plethora of others.

"Rabies—99.9% fatal, 100% preventable." This memorable slogan from End Rabies Now reinforces that although rabies is 100% preventable, it’s estimated that worldwide a person dies every 9 minutes from this disease. Vaccinating domestic animals, such as certain pets and livestock (including horses), against rabies is a key element to preventing human cases. Although wildlife in the U.S. typically account for 90+% of yearly rabies cases, pets can be exposed by rabid wildlife and subsequently bring the disease into the home. In most states, vaccinating dogs and cats is required by law; even if it weren't required by law, pre-exposure vaccination of dogs and cats is an extremely important element of rabies prevention. Pre-exposure rabies vaccines are also approved for ferrets, horses, cattle and sheep. Education about the value of rabies vaccinations is imperative for accomplishing this prevention step. Pet owners can also help prevent the spread of rabies by keeping their cats indoors and not allowing their dogs to roam.

Rabies pre-exposure vaccination is not typically recommended for the general population, but rather for people who have travel plans to high-risk countries, especially if they will be going to a location or participating in activities that might enhance exposure to animals or going to areas with limited access to medical care and PEP (vaccination is prudent for those staying for extended periods of time, for example, in parts of rural Africa or Asia.) Pre-exposure vaccinations are also warranted for those with employment or hobbies that put them at risk for exposure. For instance, rabies research laboratory workers and rabies biologics production workers fall in the "continuous" risk category, where recommendations are that the primary course of vaccinations be followed by serologic testing every 6 months and a booster if their antibody titer falls below 0.5 IU/mL. Rabies diagnostic laboratory workers fall in the "frequent" risk category, where the recommendations are that the primary course of vaccinations be followed by serologic testing every 2 years and a booster vaccination administered if antibody titer falls below acceptable level. All 3 of these professions eventually might fall under ACIP’s recently suggested "elevated" category  (with the same recommendations as the current "continuous" risk category), but check future MMWRsfor any published information on final recommendations. The rapid fluorescent focus inhibition test (RFFIT) is available at only a few laboratories for performing rabies titer checks.

If an exposure does occur, contact a physician for an evaluation on the need for PEP. Usually, rabies is considered a medical urgency, not an emergency. If a bite or scratch wound is involved, wash the wound immediately with soap and running water for at least 20 seconds  (and apply a virucidal agent, if available) and then promptly seek medical attention. In the U.S., rabies biologicals (rabies immune globulin and rabies vaccine) are quickly available for exposed individuals, and they are 100% effective if administered promptly and properly. Unfortunately, these biologicals are not always readily available in other countries, especially under-resourced countries in Asia and Africa.

PEP is typically started after a possible rabies exposure as promptly as possible, but sometimes there may be a short delay (a few days) while trying to locate the animal involved in the incident or while waiting for laboratory results on the animal’s rabies status. In some scenarios, such as when a high-risk animal bites a person (especially if the bite is at certain anatomic locations , for example the face, head and neck),

immediate initiation of PEP may be advised. Rabies incubation periods can range from days to years; the average incubation period is usually cited as 3-8 weeks or 3 weeks to 3 months, depending on the reference source. This extensive range is why it is important to promptly administer PEP, but also why it is prudent to pursue PEP even if time has lapsed since the exposure (possibly because the person didn’tinitially consider the possibility of rabies). In this case, if the incubation period is on the protracted end, the PEP may still be effective. The PEP regimen consists of a weight-based dose of human rabies immune globulin injected (as much as feasible) near the bite site (it should not be administered in the gluteal area) and a series of 4 injections (5 injections if immunocompromised) of rabies vaccine administered in the deltoid area over 2 weeks (4 weeks if immunocompromised). If a person received pre-exposure rabies vaccinations, PEP consists of just 2 doses of rabies vaccine (administered on days 0 and 3).

It’s important to keep in mind that potential exposure to rabies by bats creates unique concerns. A bat bite can easily go undetected; it can be a pinpoint puncture less than 1 mm in diameter. Therefore, the guidance is that PEP be considered for a person who was sleeping in the same room in which a bat was found or for a child, a cognitively impaired person or an intoxicated person in the same room in which a bat that could not be laboratory-confirmed negative for rabies was found.

Testing for rabies in animals is postmortem with the animal’s head as the specimen; if only the brain is submitted, the specimen must include a complete transverse cross section of the brain stem and tissue from at least one of the following: cerebellum and/or hippocampus. Public health rabies laboratories often receive some interesting specimens for testing. Testing is also typically postmortem in humans, but there are some methods with which physicians can have an antemortem test performed; in either case, a proper specimen is needed (e.g., brain tissue, cerebrospinal fluid and other specific specimens). In general, the specimen is set up for a fluorescent antibody test (FAb) in which specific rabies antibodies will attach to rabies antigens in tissue. If the specimen is truly positive, the result is a fluorescent green microscopic view of rabies antigen. The FAb test is still the gold standard. However, there are more current and specific rabies tests, such as molecular-based tests like polymerase chain reaction (PCR), as well as traditional tests (e.g., Negri body detection, serological, etc.).

Human resource development is imperative for maximizing the capabilities of a rabies diagnostic laboratory. This includes proper training of microbiologists and medical laboratory professionals in safely working with the virus. Again, rabies pre-exposure vaccinations and the use of personal protective equipment for those working with rabies virus play a critical role in their protection.

Rabies is without a doubt one of the most anxiety-inducing diagnoses that a physician or veterinarian can make. When one suspects rabies virus exposure, it sets off anxiety in the central nervous system that spreads like wildfire to the brain, much like the actual viral infection. Awareness and prevention are key because treatment rarely works against this virus. There is much still to learn with respect to detection, prevention and management for this disease. 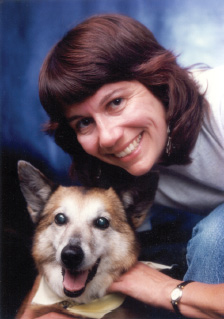