No Place Like Home: Studying Pathogens in Natural Habitats

Share This
Since Antonie van Leeuwenhoek discovered bacteria in 1676, humans have been trying to categorize the microbes we live alongside. Many are harmless to us, even beneficial, but our imaginations are most stimulated by pathogens—those capable of causing disease. Unfortunately, the emergence of new human pathogens is a virtually constant threat, of which the most recent example is SARS-CoV-2. Because of the havoc they can wreak on our health, understanding how, and why, pathogenic microbes emerge is more important than ever.

Unravelling the extremely complicated process of pathogen emergence is essential for controlling and preventing outbreaks. Luckily, we are better equipped than ever to study this process, thanks to an ever-expanding range of molecular techniques that yield large, complex datasets to reflect the intricacies of their subjects. These techniques can also contribute to existing pathogen tracking efforts, such as public health surveillance, which is being revolutionized by ‘big data’ approaches including epidemiological modelling and metagenomics.

However, a pathogen is not an island. On the contrary, microbes inhabit extremely complex habitats, from soils to waterways and human bodies. These environments exert different kinds of pressures, including interactions with other microbes and unavoidable abiotic factors—all of which influence microbial physiology and behavior. By studying microbes in the context of these diverse pressures, we can begin to uncover how ecological factors in a pathogen’s natural habitat could help or hinder its evolution and emergence.

One major class of human pathogens are antibiotic-resistant bacteria. Impervious to many common antibiotics, these microbes cause infections that can be very hard to treat. In addition, they can easily transfer mobile resistance genes to other bacteria, facilitating the spread of resistance. Around 20% of the infectious diseases that emerged between 1940 and 2004 arose through antibiotic resistance, and resistant infections are forecast to claim up to 10 million lives annually by 2050.

Although sensitivity to antibiotics is usually assessed using single-species studies, it is becoming increasingly clear that ecological interactions among microbes cannot be overlooked. Interactions between microbes in a localized environment can significantly affect resistance evolution and modulate the concentration of antibiotics that is needed to treat infections As a result, studying the emergence of resistant pathogens within their natural habitats is crucial, because that is the arena where selection for, or against, resistance occurs.

One such habitat is the mammalian gut, whose microbial communities are well-known for their myriad beneficial effects on host health, from digesting tough plant fibres to protecting against infection. However, antibiotics are rampant in livestock-rearing, making farmed animals, and the waste they generate, hotspots of antibiotic-resistant pathogens. One study used the microbial communities found in pig feces to test how being embedded in such a community affects the response of Escherichia coli to antibiotics. They found that the benefits of the gut microbiota appear to extend to suppressing antibiotic resistance. In the presence of a community, the competitive advantage of antibiotic resistance in E. coli was reduced, meaning that non-resistant strains fared better compared to when E. coli was grown without the community. How exactly this was happening appeared to depend on the drug being tested.

In this particular study, researchers tested gentamicin and kanamycin, 2 commonly used antibiotics, and observed that gentamicin resistance came with a small competitive fitness cost. This cost became magnified in the presence of a community as competition for nutrients intensified, and thus discouraged resistant strain growth. However, the community did not have the same effect when kanamycin was the antibiotic of choice, as the small fitness cost associated with resistance was not amplified in its presence. Instead, the community appeared to protect E. coli from kanamycin through an unknown mechanism, effectively reducing the selective pressure for resistance. The team speculated that members of the community could be modifying the antibiotic to render it harmless, a process that has also been reported in animal models of pneumonia.

Altogether, studies like this underline the importance of studying pathogens in ways that reflect at least some of the complexities of their usual surroundings, in order to better understand and mitigate pathogen emergence. In fact, community suppression of resistance evolution is also observed in human-derived gut microbial communities. Thus, one way of reducing the risk of resistant pathogen emergence after antibiotics treatments might be to use narrow-spectrum antibiotics, which should help to maintain a healthy microbiota while selectively killing pathogens.

Another habitat that may be a hotspot for pathogens is the plastic-associated microbial habitat, also known as the ‘plastisphere’. This is a purely anthropogenic microbial habitat that has arisen thanks to pervasive plastic pollution in the environment. Globally, plastic waste actually exceeds annual plastic production because we continuously throw out plastics, both recently produced and from the years gone by.

Besides entanglement of, and ingestion by, larger organisms, plastic pollution can also affect microbial communities in soils and waterways. In particular, plastics can accumulate communities that are distinct from those in the surrounding environment. In a study on plastic pollution in wheat-associated soils, researchers identified several potential fungal plant pathogens that, while at low abundances in the surrounding soil, were dominating the plastisphere community. This observation led them to suggest that the plastisphere may act as a reservoir of fungal pathogens in soils; the same phenomenon is observed with bacterial pathogens in plastic-polluted soil and aquatic environments.

These plastic-associated aggregates, or biofilms, bring large numbers of bacteria into close quarters, facilitating processes such as horizontal gene transfer (HGT) between them. In fact, microplastic-associated bacteria have been shown to perform HGT more frequently than unattached bacteria and bacteria living on aggregates made up of organic matter. HGT can facilitate the spread of genes conferring increased virulence and pathogenicity—including antibiotic resistance—even in the absence of selective pressures and between distantly-related bacterial species.

Why plastispheres appear to enrich for pathogenic microbes is still not completely understood. However, there are indications that harboring certain genetic elements makes it easier for bacteria to colonize microplastics. For example, a mobile plasmid known as RP4 appears to boost colonization by encoding conjugative pili, microstructures protruding out of the cell membrane that the bacteria can use to attach to the plastic surface. Besides pili, RP4 also encodes resistance to multiple antibiotics, highlighting its potential to produce multidrug-resistant pathogens when transferred among plastisphere bacteria.

The pervasiveness of plastic pollution, combined with the enrichment of pathogens in plastispheres, suggests that the problem may be more ubiquitous than we currently realize. Ultimately, we still know very little about how plastic pollution affects microbial communities in the environment, and how it could lead to the emergence of new human pathogens. Luckily, this is an active area of research, and the importance of these kinds of studies will only grow as we grapple with our plastic waste problem.

Many pathogens get their start in the great outdoors, even in the absence of plastics, but all environments might not be created equal when it comes to a pathogen’s preferred location. For example, different strains of the ‘flesh-eating’ bacterium Vibrio vulnificus seem to prefer different types of estuarine environments, which might help to explain why some are pathogenic and others are not. Certain strains of V. vulnificus are extremely deadly pathogens, with an infection mortality rate upwards of 50%. These are collectively called C1 strains, and they cause severe, often-lethal septicemia when bacteria from the infected wound enter the bloodstream. However, the bacteria do not actually eat flesh—the moniker comes from the appearance of the infection, which causes cells around the wound to die and leads to blistering skin lesions.

Looking to the environment might help us to uncover where deadly strains of V. vulnificus come from. When researchers sampled for V. vulnificus at 2 sites in the Indian River Lagoon, a large estuary in eastern Florida where outbreaks often occur, they only found a high abundance of C1 strains at 1 site, with the other being dominated by more benign C2 strains. Combining an arsenal of molecular techniques, they sought to understand whether features of the environment could provide clues about what causes enrichment of deadly C1 strains at certain sites.

Researchers integrated data describing the geographical separation of strains with ecological information about the 2 sites, including abiotic measurements like water temperature, salinity and nutrient content, as well as the diversity of other microbes present. They found that the pathogenic C1 strains seem to prefer a low-nutrient, highly saline environment, with a diverse community of other bacteria. Meanwhile, C2 strains seem to prefer nutrient-rich, brackish environments, with a lower diversity of other bacteria.

These environments likely exert unique pressures that scientists believe could drive the evolution of V. vulnificus strains with a spectrum of pathogenic potential. How exactly this happens is still unknown, partially because of how complex it is to study microbial interactions in the environment, compared to controlled laboratory studies. Nevertheless, the associations between deadly strains and specific ecological conditions provide a general framework for studying pathogen emergence in other environments, and demonstrates that looking to where pathogens come from can be very fruitful.

The Future of Pathogen Ecology

When it comes to “home sweet home,” pathogens are really no exception. From pig guts to plastispheres and lagoons, studying the places pathogens live and operate can tell us a lot about why they are the way they are—and what we can do to minimize the damage they might cause. Altogether, from managing emerging infections to quelling the burgeoning problem of antibiotic resistance, a context-aware approach for pathogen research will be crucial for combating the myriad challenges that pathogenic microbes pose to their hosts.
Browse Pathogen Genomics and Surveillance Resources
Share This 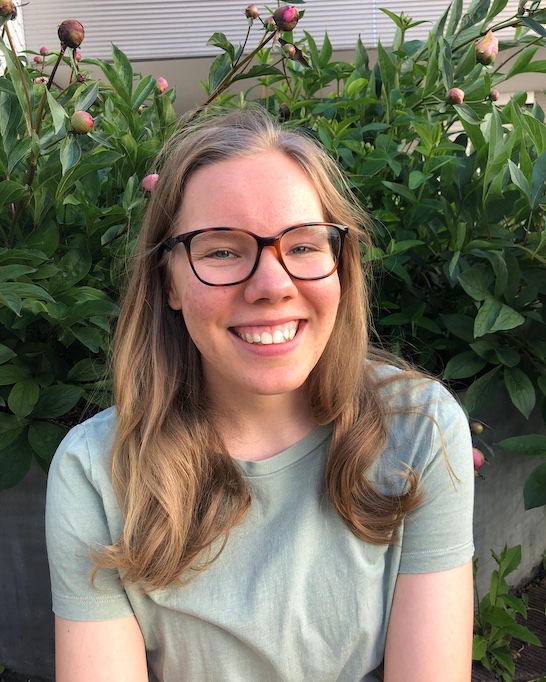