Share This
Disparities in early education have existed in the United States since before its inception. Many Black children were barred from classrooms by pre-Civil War laws, and afterwards, “Separate but Equal” policies legally segregated the public education system. Today, white flight and housing discrimination prevent equitable access to STEM (Science Technology Engineering and Math) education for Black children. These issues cause  funding disparities among school districts and reinforce bias in selection for Gifted and Talented programs. Despite these challenges, incoming Black undergraduate students declare STEM majors at roughly the same rate as white students. Unfortunately, only 34% of Black students complete their STEM degrees, compared to 58% of white students (Riegle-Crumb et al. 2019).  Undergraduate education is a common and necessary focus for inclusive teaching and improving representation within STEM. However, equitable access to STEM education must also begin earlier. As Black women scientists, the authors have witnessed these issues in theirs and their peers’ early education. This piece brings to light disparities in STEM education and highlights strategies that bridge achievement gaps in K-12 learning environments for Black youth.

In 1863, Abraham Lincoln signed the Emancipation Proclamation, followed by the end of the American Civil War 2 years later. Afterwards, the difficult task of reintegrating Southern states into the Union began, also known as the Reconstruction era. This effort led to the Black Codes in the South, laws which restricted the independence of freed Blacks and among other things, solidified a limited and inadequate primary education for Black youth. For example, Black Codes, and later the Jim Crow Laws, excluded Black adults from all professions other than agriculture and domestic service. The educational curricula for Black children focused on limited skills. During Jim-Crow-era segregation, Black schools lacked sufficient funding, and these circumstances placed them at a disadvantage—the Black community suffered as a whole. Subsequent outrage over these inequities fueled the Civil Rights Movement.

Segregated schools in the U.S. were deemed illegal by Brown v. Board of Education in 1954. In its place, a new disadvantage arose via redlining and redistricting. Through housing discrimination, Black families were restricted to live in inner cities or within isolated rural communities. Black children were therefore sequestered into underfunded schools, by way of local school redistricting laws and by the unchecked power of state school boards. A recent report found that, despite serving the same number of students, predominantly non-white school districts receive $23 billion less in funding. This new form of segregation sustains the same differences in accessibility and education that predated Brown v. Board of Education. These lasting effects extend into the 21st century.

Due to educator bias at predominately-white schools and/or limited resources at majority-Black schools, American Black youth are less likely to participate in early experiences that promote achievements in STEM. This includes lower engagement in K-12 science fairs and lack of inclusion in Advanced Placement courses or Gifted and Talented programs. This causes feelings of isolation among Black students, who begin to question their value and belonging in STEM. Many enter college at historically white institutions, where elitist/exclusionary cultures further dim their views on science, leading to high attrition rates in STEM. Black scientists operate within systems that have historically excluded them, which makes offsetting these educational inequities a high priority. Increasing the retention of Black youth in STEM will expand the pool of young scientists that target microbiology careers. To achieve these goals, microbiologists need to partner with and support K-12 STEM programs that integrate a culturally responsive approach.

Culturally responsive pedagogy centers education on the student. It empowers students by demonstrating their value, respecting their creativity, encouraging critical thinking and by showing belief in their capability. Zaretta Hammond described it best from a neuro-anthropology perspective in her book, Culturally Responsive Teaching and the Brain. Ms. Hammond describes how active learning can be used to acknowledge the strong oral cultures of students of color. For example, by using the rhythm of a song or by reciting a poem to help students memorize and make connections with new material. Additionally, culturally responsive pedagogy acknowledges the influence of community and the family unit or “village” upon a student’s success. This approach to enhancing student learning is not new. In an example from the Reconstruction Period, Black teachers in Black schools integrated students’ cultures in their curricula. Black teachers knew their students’ families. They were part of their community, and they valued students’ experiences.  Returning to culturally responsive teaching is essential for addressing disparities in STEM education.

East Harlem Scholars Academies (EHSA) are a network of K-12 charter schools and afterschool programs in Harlem, NY. Almost 100% of their students are from Black and other underrepresented populations. EHSA focuses on building independent, creative, and excited learners. EHSA not only supplies an interactive learning environment, but also leverages culturally responsive pedagogy (See ESHA's guiding principles to improve accessibility). As an example, some STEM coursework incorporates historical Black figures to help Black youth envision themselves within science careers. To build upon this foundation, EHSA stays connected within the Harlem community, building a “village” of comprehensive support that ensures student success.

At University City High School 91% of their students are Black youth. They established a partnership with Washington University, which transformed both the school culture and its education quality. Dr. Rowhea Elmesky and Dr. Olivia Marcucci identified the source of University City’s widespread disciplinary issues: an unhealthy culture between teachers and students (lacking trust and respect). In response, they developed an approach focused on restorative justice, trauma-informed care, equity, and culturally responsive education. University City teachers were trained to hold forums that encourage open communication with students and to evaluate the impact of their strategies. As a result, student suspensions were reduced by 41%. Since harsh discipline (such as suspensions) can detrimentally impact academic performance, this also enhances students’ academic success.

Black Girls & STEM Research Initiative is led by Dr. Lashanda Lindsay at the Wellesley Center for Women, with support from the National Science Foundation (NSF). Her research analyzes disparities in young Black female success within science programs (grades 6-8). Dr. Lindsay created the after-school program, Black Girls Create, to apply knowledge gained from her research and use these understandings to transform educational methods. Black Girls Create uses digital fabrication projects to help middle-school-age Black female youth gain confidence and interest in STEM. The program integrates an informal learning space and makerspaces to help students build transferable skills, such as creative thinking and problem solving. Additionally, it incorporates social history to encourage meaningful connections.  Black Girls Create is another example of community partnerships, both in the design of the program itself (engaging community members to gain trust and recruit participants), as well as through interactions with local female scientists that volunteer as mentors.

Many recent successes in advancing quality education for Black youth are Black-led or integrate Black voices within their leadership. Focusing on K-12 education emphasizes its importance on later career development for Black scientists. The examples provided above have leveraged research that was conducted over more than 3 decades. Yet, although the benefits are clear, culturally responsive pedagogy faces opposition  and is rarely used in U.S. public education. To prevent further exclusion of Black talent from science training, increased partnerships are needed between local universities and K-12 programs that support Black youth. For STEM to become inclusive, educators must humanize and center learning on the student. That means prioritizing access to STEM from the very beginning and at every level.
Connect with the Black Microbiologist Association
Share This 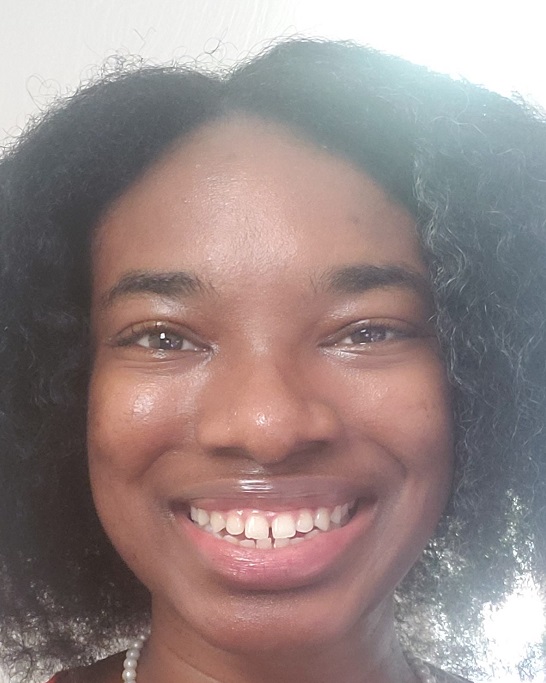 Ayana Scott-Elliston, MS, is a graduate student at Southern Illinois University at Carbondale, a biological sciences teaching assistant, and an active member of the Black Microbiologists Association. 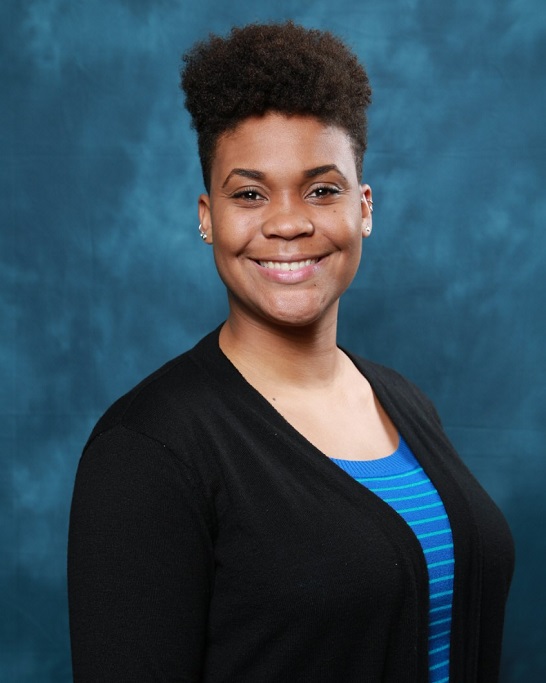 Kaylee Arnold, M.S, is a Ph.D. candidate at the University of Georgia, an organizing member of Black in Microbiology Week, and a member of the Black Microbiologists Association. 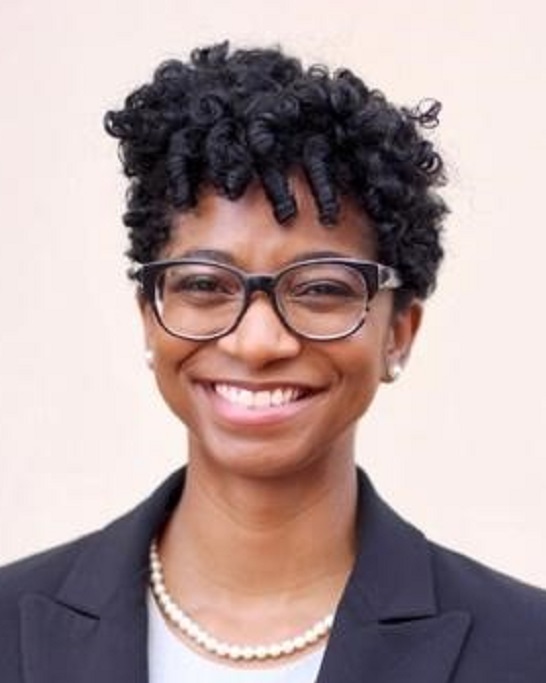 Dr. Nikea Pittman, Ph.D., is a postdoctoral fellow at the University of North Carolina-Chapel Hill and Secretary of the Black Microbiologists Association.