Share This
When you look around you, plants, or plant derived materials are likely within your sightline. This plethora of plants is held aloft by an irregular lattice of sugars, together known as lignocellulose, that structure their cell walls. Lignocellulose is comprised of cellulose, hemicellulose and lignin. While cellulose and hemicellulose are polysaccharides that act as a primary structural component of the cell wall of green plants, lignin is the component that binds these sugars together and makes the entire structure more hydrophobic and resistant to degradation in so-called woody plants.

Lignocellulose as a Fuel Source

Lignocellulose serves as a highly abundant, yet highly complex, carbon source for many diverse microorganisms, and its degradation is an essential part of the global carbon cycle, as it makes carbon available for heterotrophs. Without microbial degradation, lignocellulose would accumulate in the environment, and soils would become depleted. Lignocellulose-rich agricultural byproducts can be converted to biofuels, such as ethanol, and biobased plastics, like polyethylene terephthalate (PET) and polylactic acid (PLA), which offers a significant opportunity for green energy generation and circular bioeconomy. Most currently-used bioethanol is derived from sugar-rich food crops, like corn and sugar beets, and is considered first generation bioethanol. Conversely, bioethanol that comes from lignocellulose is derived from inedible plants or residues (switchgrass and corn husks) and is considered second generation. Microorganisms play a key role in environmental lignocellulosic degradation and will be crucial for future industrial processing.

Lignin is Tough to Break Down

Lignin’s chemical properties (hydrophobicity, enzyme adsorption, heterogeneous nature) make it difficult to degrade. The lignin component is considered the rate-limiting component of complete lignocellulose degradation for both natural and industrial processes. In fact, many organisms avoid degrading the lignin and simply change its properties to access the cellulose inside. Still, a wide variety of strategies have been explored to make industrial breakdown of lignin more efficient, including pretreatment with surfactants, elevated temperatures, variable pH and ionic solutions, all of which work to ‘open up’ the structure and make it more accessible to enzymatic attack.

Negative impacts related to energy input and toxic waste from these strategies have encouraged people to explore other options, specifically microbially-mediated degradation strategies. Complete biodegradation of lignocellulose requires a combination of multiple enzymes that attack the different moieties of the polymer. This can be completed by one organism (natively or through ectopic expression) or by a consortium that works to co-metabolize lignocellulose. The main classes of enzymes that are used to accomplish this task include laccases, lytic polysaccharide monooxygenases (LMPOs), carbohydrate active enzymes (CAZymes) and various peroxidases. Developing multi-enzyme cocktails is one strategy being explored for industrial processing.

Lignocellulose degrading microorganisms are distributed throughout the tree of life and can be free-living or host-associated. Lignocellulose degrading organisms are found in forests, as well as the ocean, and in hot springs in association with woodfalls and shipwrecks. Some free-living microorganisms include members of the fungal phylum Basidiomycete (the so- called white and brown rot fungi) and the bacterial Paenibacillus, Psuedomonas and Geobacillus clades. In order for individual organisms to successfully degrade lignocellulose, they must employ multiple enzymes, and ‘brown rot’ fungi even employs reactive oxygen species (oxygen-containing molecules like superoxide and hydrogen peroxide, which have free radicals) to assist with penetration of the lignin layer and facilitate cellulose metabolism.

Eukaryotes also use lignocellulose as a carbon source but cannot do so without associations with complex communities of microorganisms. Most host-associated lignocellulose degrading microbes reside in the gut, but some reside higher in the digestive tract, such as in the mouth and in the gills. Eukaryotes, including termites, passalid beetles, woodlice, shipworms and goats, ‘pretreat’ the wood by chewing it to make the cellulose more accessible before it gets passed to symbiotic microorganisms downstream for more complete nutrient release.

Even some plant pathogens are being investigated because they, too, must breach through lignocellulose to access their hosts. It is hypothesized that many plant pathogens evolved from saprotrophic organisms with lignocellulose-degrading capabilities, and pathogens are thought to have an advantage because they can access the plant’s nutrients sooner. While some pathogens are very specific, only invading a few plant species or specific organs of plants, others are very generalized, and their enzymatic repertoire reflects this. Many enzymes used by plant pathogens are similar to polysaccharide-degrading enzymes employed by other lignocellulose degraders. Others, however, were horizontally acquired from plants. Expansins, a family of proteins that natively help loosen the plant cell wall for seed germination and leaf dropping, have been coopted by pathogens like Fusarium, Clavibacter and Bacillus species to help with invasion. This combination of expansins and cellulases is thought to be a promising strategy for industrial lignocellulose degradation.

Lignocellulose: A Building Block for the Bioeconomy

Bioconversion of lignocellulosic waste to biofuels is a promising step toward achieving a renewable bioeconomy. As of 2019, biofuels represented $135.7 billion of the global market, and in 2021, second generation biofuels were worth $6.95 billion and both are expected to grow substantially.

Additionally, lignocellulose is a byproduct of food and paper processing, so there is little concern for its production impinging on food crop yields, and lignocellulose bioconversion processes, instead, add value to some crops by making inedible parts of the crop marketable. Further, shifting from corn to other crops for biofuel production is estimated to substantially reduce nitrogen leaching and greenhouse gas emissions. The diversity of lignocellulose-degrading microbes means that there are many reservoirs for scientists to identify novel solutions to work with lignocellulose. Microorganisms, and their enzymes, will play a key role in realizing efficient utilization of lignocellulose for the future.
Tell Congress to Support Bioeconomy Legislation
Share This 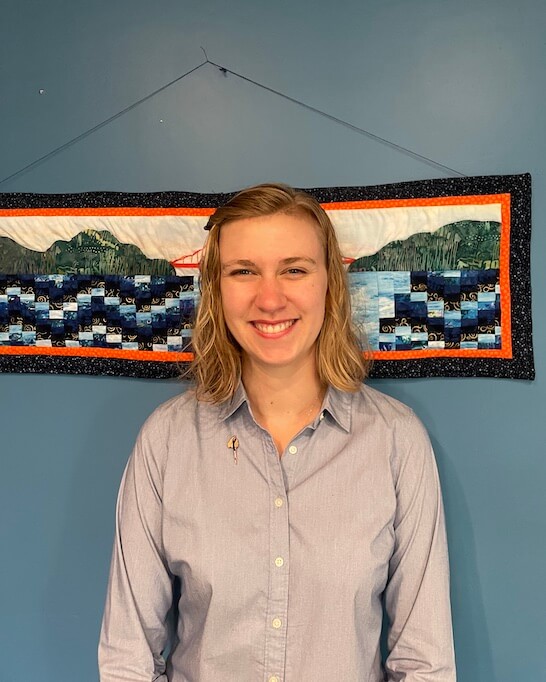