Share This
For Juliet Johnston (she/they), Ph.D., a sense of belonging extends beyond what may be “apparent or visual.” She recognizes that all identities—be they gender identities, sexual identities or affectional identities—inform one’s experience in science, technology, engineering and mathematics (STEM). It was with this in mind that Johnston founded Queer Science at the University of Minnesota in 2015, with the hopes of fostering a community for high school students who identify as LGBTQIA+ and are interested in pursuing careers in STEM.

Queer Science works to increase representation for queer and transgender youth, giving them a chance to see and meet queer scientists entering and succeeding in STEM fields. The organization recruits volunteer scientists who identify as queer and transgender to visit high schools and undergraduate classrooms and raise interest in the sciences by giving presentations about their work. Johnston describes founding this organization as “the most rewarding thing that I’ve ever done.”

As inclusive and diverse representation is necessary within STEM, so is community. Johnston offers this piece of advice to early-career scientists from historically underrepresented groups: “Find community as fast as you can. You need to have some support system in place—people who understand that sometimes you just need to vent. Otherwise, it will all boil over and get to be way too loud,” Johnston said. “When you see or think you are the only one, you will ask yourself ‘If I’m the only one, then do I really belong here?’”

Johnston, is wrapping up her first postdoc at Lawrence Livermore National Laboratory (LLNL) and is an incoming postdoctoral researcher at Georgia Institute of Technology. She identifies as a queer, pansexual, transgender, nonbinary and polyamorous scientist and said she’s familiar with how a lack of community can impact one’s academic and professional journey in STEM. Throughout her academic experiences, Johnston never had a professor who openly identified as LGBTQIA+. This lack of representation within STEM contributed to her experience with imposter syndrome. As an academic, studying microbial ecology within wastewater treatment facilities, Johnston observed that “many other people seemed totally confident. They’re good at this; they know what they are doing.” But even with all her accomplishments, Johnston said she has “a lot of insecurities.”

It was, in part, because Johnston felt like she did not belong in STEM spaces that her need to prove herself and legitimize her work and experiences grew. This “inherent distrust” in herself meant she felt as though she had to go “above and beyond just to get someone to believe [her] work and data,” an experience she said left her feeling frustrated and discouraged. Additionally, as a trans woman, Johnston said she “must think not only about belonging, but [also] about actual personal, physical safety” when deciding where to study, work and live. She added that due to potential safety concerns, like harassment and a lack of acceptance, in certain places, "I don’t feel safe applying to every single school or working in every single space.”

Recruiting and retaining individuals from diverse backgrounds is important to promoting progress and innovation in STEM. “Currently, STEM academic environments are often considered to be unwelcoming and unfriendly spaces for lesbian, gay, bisexual, transgender, queer, intersex and asexual (LGBTQIA+) individuals,” Johnston said. “Studies show that LGBTQIA+ professionals face systemic inequalities across STEM fields, and LGBTQIA+ undergraduates are less likely to persist in STEM majors than non-LGBTQIA+ students.” Queer Science aims to address these inequities and promote inclusion within the sciences.

Born in New York and raised in Florida, Johnston attended Clemson University before completing her Ph.D. in environmental engineering at the University of Minnesota—which is where she founded Queer Science. Her thesis focused on how the microbial community in activated sludge (e.g., aerobic microbes that treat wastewater) change from season to season, and how the sludge’s biological processes are affected by cold temperatures.

In her own classroom at UC Berkley teaching environmental biological processes, Johnston connected science and society by reminding her students that “your work as a scientist impacts real people, in real tangible ways.” During weekly classroom discussions, she asked students to explore how environmental and biological processes impact historically marginalized communities. “Whether it's understanding climate change or air pollution, microbiology is not as objective as it seems,” Johnston said. “We’re talking about real people’s lives.”

Johnston recently relocated from the Bay Area to Georgia Tech, where she will work with Dr. Ameet Pinto. Johnston is excited to work with a cohort of people throughout the U.S. “who are actively working on and impacted by doing real DEI work.” As a postdoctoral researcher, Johnston will investigate both genomic and transcriptional changes in "niche, low abundance, ammonia oxidizing organisms in wastewater treatment facilities."

In Atlanta, Johnston also plans to reenergize Queer Science for high school outreach, ensuring that budding scientists, who identify as members of the LGBTQIA+ community, feel inspired to pursue careers and STEM and are able to access mentors early in their careers.

Throughout her own career, Johnston has faced many challenges finding mentors. “Most advice [from mentors] is not from the queer perspective,” she said. “The same career advice does not always apply to me because I have an unfair expectation to meet in order to stay above water with everyone else.” Which is why finding compassionate mentors and community early on is so important, especially for scientists from historically underrepresented backgrounds. While she does not expect her mentors to all be queer or trans, she believes mentors need “enough empathy to understand where I am at and how it impacts my life.”

Johnston enjoys finding community through networking events and connecting with other scientists at Binning Singletons and during annual ASM Microbe meetings. She also utilizes social media, especially Twitter, as “an incredible space to connect and get career advice.” For LGBTQIA+ scientists interested in building community and learning more about academic activists on social media, Johnston recommends following Kat Milligan-Myhre, Lupita Montoya, Christopher Olivares Martinez and Anna Marie LaChance on Twitter. She also shares much of her own work through her Twitter account. 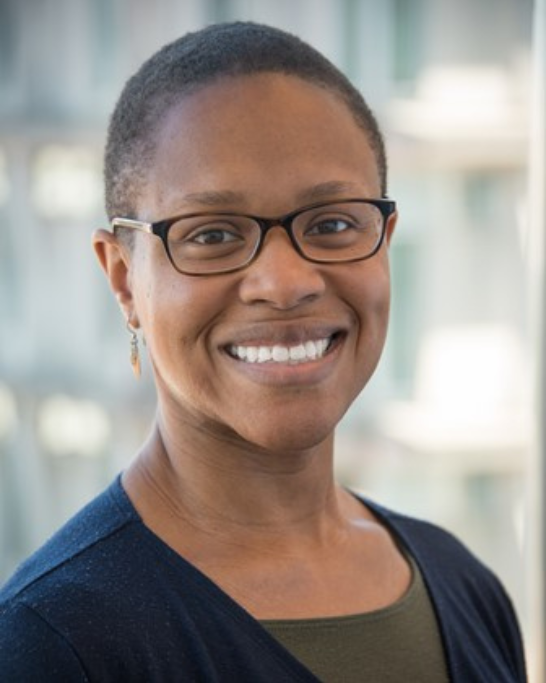 Shannon Vassell is the Senior Program Officer for IDEAA at ASM.