Share This
Antimicrobial resistance (AMR) is an emerging global threat. The World Health Organization (WHO) has predicted 10 million annual AMR-related deaths by 2050, classifying AMR as a leading cause of death, if no drastic measures are taken. While AMR is mainly discussed in terms of bacterial resistance, antifungal resistance remains an under-recognized aspect of AMR. It is estimated that over 2 million people die annually due to fungal infections. Over time, several strains of fungi have grown resistant to more than 1 class of antifungals, making the need for new antifungals even more dire. What is driving this increase in antifungal resistance and what can be done to stop it?

Why Do We Care About Fungi?

Fungi are multicellular, eukaryotic organisms that are ubiquitous in the environment and body—research indicates that fungi account for ~0.1% of the human gut microbiome. Fungi can be harmless and even helpful when used as food (e.g. mushrooms, yeast, etc.) and pharmaceuticals (penicillin). However, due to their opportunistic nature, fungi can also cause infections, ranging in severity from inconvenient (yeast infection, ringworm/athletes foot, etc.) to deadly (Aspergillosis, Mucormycosis, Histoplasmosis, etc.).

Several fungi that cause invasive diseases have been classified as emerging threats by organizations, including the U.S. Centers for Disease Control and Prevention (CDC) and WHO. For example, Candida auris, a pathogen of great clinical significance, causes candidiasis (especially in immunocompromised people) and has become resistant to treatments with several antifungals, including amphotericin B and fluconazole. As a result, C. auris carries a 39% mortality rate and has been classified by the CDC as an "urgent threat."

Species of fungi belonging to the Aspergillus genus represent another significant concern. A. fumigatus is a common environmental mold that has the potential to infect the lungs and respiratory tract, causing disease known as aspergillosis. A. fumigatus has shown a rise in azole resistance since the 1990s, resulting in treatment failures and prompting its inclusion on the CDC’s ‘watch list.’

What is Driving Antifungal Resistance?

In addition to changing environmental factors that drive evolution in fungal species (e.g., global warming and climate change have resulted in identification of new fungal pathogens, including new clades of C. auris), multiple anthropological factors contribute to the development of antifungal resistance. Some of these include limited discovery of new antifungal agents, fungicide overuse in agriculture, overuse and over-prescription of antifungals in healthcare and failure of patients to finish the entire course of antifungal treatments when administered.

Fungal genomes are relatively small compared to animals and plants and, hence, can acquire mutations easily. However, when it comes to drug discovery, it is important to understand that very few of antifungals actually can be used as therapeutics. This is because fungi are eukaryotes, and many of the cellular targets overlap with cellular machinery of their hosts. Notably, this is in contrast to the unique cellular targets presented by bacteria.

To further complicate this issue, fungicides are regularly overused in agriculture to treat crops and livestock. As humans and animals end up consuming antifungals as medicines, they might also inhale/ingest fungal spores from the environment, thus disrupting the microbiome by tampering with the equilibrium and potentially prompting the evolution of resistance.

Further, the tendency to not finish the antifungal course and improper disposal of drugs are also key drivers of resistance. Inadequate dosing may facilitate selective pressure that drives evolution of the very fungi being targeted for treatment.

Several existing antifungal agents are currently available for therapeutic use. Fungal drugs are categorized into 4 main classes, which may be used alone or in combination to treat various fungal diseases. Some common ‘frontline’ antifungals are presented below, along with their mechanisms of action.

Increased antifungal resistance leads to the reduced efficacy of fungal disease treatments. At the patient level, treatment failure may translate to prolonged infection or even death. As a result, scientists are actively searching for new drug candidates, but several factors challenge antifungal drug development in ways that are unique from other antimicrobials.

What Can Be Done to Stop the Spread of Antifungal Resistance?

A collaborative approach is essential to mitigate the threat of antifungal resistance. This can be accomplished at multiple levels.

As a National Agency

CDC has several initiatives in place to measure, respond to, contain and prevent antifungal resistant infections in the environment, health care settings and communities. CDC is also surveilling cases of fungal disease and the spread of antifungal resistance at both the national and global level. Other measures include developing new laboratory tests and amplifying lab capacity to perform testing for both infections and emergence of resistance.

Effective policies for drug usage, drug testing, registration and development are necessary. As antifungal resistance continues to develop, reducing the burden of fungal disease may require reforming existing policies and creating new ones that help progress novel drug development. Additional programs and initiatives for funding science are needed in order to enable discovery of new drugs. Encouraging and aiding in advocacy efforts and educating the public about over/underuse of antifungal drugs is also critical.

As a Medical Professional

Antifungal drugs should be prescribed carefully, and patients must be monitored for symptoms of resistance. If such symptoms arise, they should be documented correctly with the guidelines provided and reported to the authorities. Prescribing combination drug therapy to patients may prevent emergence of resistant subpopulations of the infecting fungal strain.

Creating awareness and continually working toward the discovery of novel antifungals is key. Most importantly, scientists must ethically and transparently work on developing projects and preclinical studies to support the role of new fungal drugs.

Consumers must be careful about how they dispose of drugs. Follow correct dosing regimens and take precautions when visiting patients in the hospital (e.g., wash your hands). Most importantly, be sure to take the entire regimen of antifungals only when prescribed to ensure complete killing of the pathogen and prevent the rise of resistance.

While fungal infections continue to be an existing challenge in healthcare settings, antifungal resistance is an underlying threat that needs to be tackled as urgently as possible. New treatment options take time to develop. Due to increased awareness, several initiatives are in place to address, and hopefully combat, antifungal (and antimicrobial) resistance.
Understanding fungal pathogenesis is critical as scientists grow progressively concerned about shifts in fungal evolution and spread. This next article discusses how, in the face of climate change and ecological shifts, a One Health appraoch is key to prevention and treatment of fungal disease. 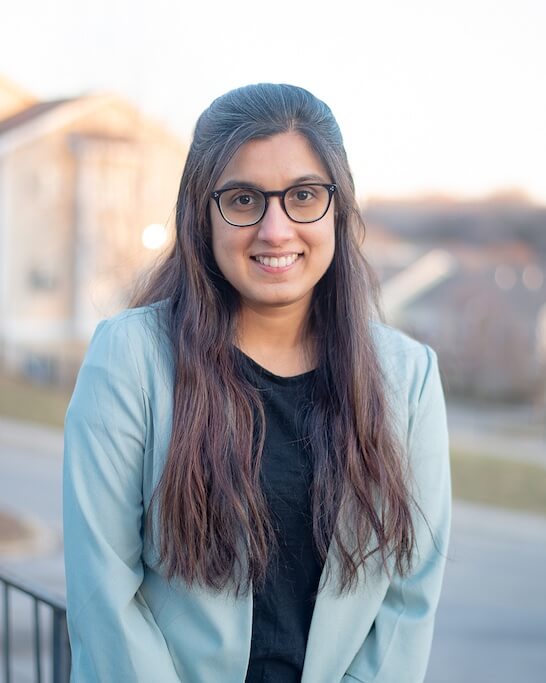 Srishti Baid is a doctoral candidate in the department of molecular biosciences at the University of Kansas.