Stone Surface Biofilms: The Good, the Bad and the In Between

Share This
Stones, from historic monuments to small statues, are considered our oldest artistic medium. Despite the presumed durability of the surface of stone material, nature has a mind of its own that does not allow these stones to remain intact for long. Microbes, constantly on a journey for survival in inhospitable environments, are intricately involved in the aging process of stones. The presence of biofilms on stone monuments is not only aesthetically unpleasant, but may also be harmful—to humans, the environment and the monument itself.

However, contrary this popular belief, a group of scientists also argue that, under certain circumstances, biofilms could actually help protect stone masterpieces from deteriorating. Recently published research, evaluates the factors, dynamics and microbial players that influence the nature of the biofilms, to elucidate what drives them to play either the hero or villain in “monumental” history.

In order to quantitatively assess whether the deteriorating or protective nature of biofilms predominates on a given stone surface, researchers introduced the concept of the relative bioprotection ratio, which is the ratio of the sum of natural (non-microbial) weathering to the sum of biodeterioration. A larger value depicts a higher protective role of the biofilm concerned, while a smaller value denotes the damaging nature to be prevalent.

Weathering is unavoidable. Since the mere presence of biofilms begins as mainly an aesthetic nuisance, estimating the damage that microbial communities directly impart to the stone helps to differentiate if/when—over time—biofilms start deteriorating the stone. Thus, influenced by climate and the biofilm community, this fluctuating ratio enables a better understanding of the shifting biofilm dynamics between protection and deterioration.

How do scientists monitor the factors influencing this ratio?

Characterizing the microbial composition within a given biofilm is the first step in finding the dominant microbes that play a vital role within active communities. Biofilms are formed by a community of various microorganisms that work together for survival. Together, this dynamic community can overcome challenges such as adverse conditions of desiccation, solar radiation and seasonal or climate changes. Microbial composition and activities determine the role of the biofilms on these stones, and are, in turn, influenced by a variety of external factors, including changes in seasons, stone material (composition, age, etc.) and location.

Molecular techniques, such as metagenomics and metatranscriptomics, reveal both the key microbial players and their influence (metabolic potential) within the community. Combining the omics with traditional chemical assays, such as stable-isotope probing, can confirm the identities of active microbes and their predominant influences (positive or negative) on the stone monuments, but it is an area that has yet to be explored in depth.

Among these biodeteriogens (bio-deteriorating microbes), chemotrophs use atmospheric pollutants, such as sulfurous and nitrogenous compounds—which are injurious to the stone material—as nutrients. For example, nitrifiers and sulfur-oxidizers (Fusarium, Thiobacillus) induce corrosion by producing nitrous acid (Nitrosomonas spp.) and sulfuric acid (Thiobacillus spp.).

Interestingly, halophiles like Haloarchea contribute to the damage by intensifying deterioration through salt efflorescence. Salt deposition can harm the stone in many ways. For example, it enables excessive water penetration that perpetuates cracks, stains the stone and forms crystals that aggravate cracks and fissures, damaging the structural integrity of the stone.

Phototrophs are the most common microbes on sandstone monuments. They form active biofilms in white, green or black colors, and thrive in tropical climates with plenty of sunshine. Such phototrophs (e.g., lichens like Caloplaca spp., Porina mastoidea, and Trapelia coarctata) have even been detected as pioneer colonizers of the stone substrata in Angkor Wat in Cambodia.

After the microbes in a given biofilm have been characterized, the next step is identifying undeniable environmental influences on the microbes, their metabolites and the stone itself. As climatic or surrounding environmental conditions integrate with the ecological patterns of the biofilms that are present, the impact may be harmful or beneficial to the monument. Some of the known positive and negative effects are laid out in the following sections.

The Damaging Effects of the Microbial Biofilm

Biodegradation is characterized by physical, chemical and mechanical changes, as well as discoloration, to the stone surface. It starts with biodeterioration (weakening of the mechanical structure), then fragmentation (microbial breakdown of materials) and finally assimilation (incorporation of old material into new microbial cells).

These changes are brought about by a variety of processes, including, but not limited to the following:
Studies that evaluate the relative bioprotection ratio stress that it is important to evaluate the destruction processes individually, since stones vary in their composition, and damaging effects are accelerated by climate changes and anthropogenic activities.

The 5 ways through which microbes and their activities influence the stone material negatively are: Removing (recalcitrant) biofilms is complex and labor intensive, making it beneficial to monitor biofilm formation and mitigate biodegredation activities before they start. Given this knowledge, it would  be easy to villainize these biofilms, but the destructive nature of biofilms is not the whole story.

Research shows that certain microbes may actually protect the same monuments that they have the potential to destroy. For example, the formation of biofilms on stone material shields monuments from normal weathering processes, such as rain and wind abrasion. Shielding can occur through biomineralization, in which mineral precipitates (like oxalate and carbonate), deposited by fungi or lichens, act as consolidants that provide strength and durability via protective coatings. Phototrophs may also increase the durability of the monument by balancing thermal and moisture changes and mitigating the effects of weathering that would otherwise damage the stone material.

The example of urease-based microbially induced carbonate precipitation (MICP) illustrates the importance of minerals in protecting the monuments. Herein, engineers have applied mineral precipitates (carbonates) on construction materials to restore monuments and cement cracks and fissures.

The bacterium Sporosarcina pasteurii is, at present, one of the best candidates for MICP, among its many urease-producing strains. During a process called biocementation, bacteria interact with urease and precipitate carbonate (calcite crystals), which, in turn, cement the stone particles. This results in compressive strength and reduced permeability of the stone material. In short, scientists have successfully applied the bioprotective nature of microbially induced carbonate minerals to preserve monuments.

Opening the Door for Further Research

This field of study still has a long way to go, despite its immense potential. Though some key microbes found within biofilms have been identified, we have yet to explore others, and to fully understand the underlying mechanisms influencing monument weathering and deterioration. To try to address these gaps in knowledge, researchers have highlighted the need for a common, globally accessible public database of biodeteriogens and bioprotectants.

Scientists have also reinforced the need for more effective and specific approaches for quantifying effects of weathering, bioprotection and biodeterioration on monuments. Better field and lab testing could advance understanding and promote new applications for the relative bioprotection ratio—a concept that has positioned itself at the center of the arising debate—biofilms: the destroyer or the protector of monuments.
Interested in learning more about "Microbes as Enemies and Allies in the World of Art Conservation?" This next article dives into methods of biorestoration and biocleaning. 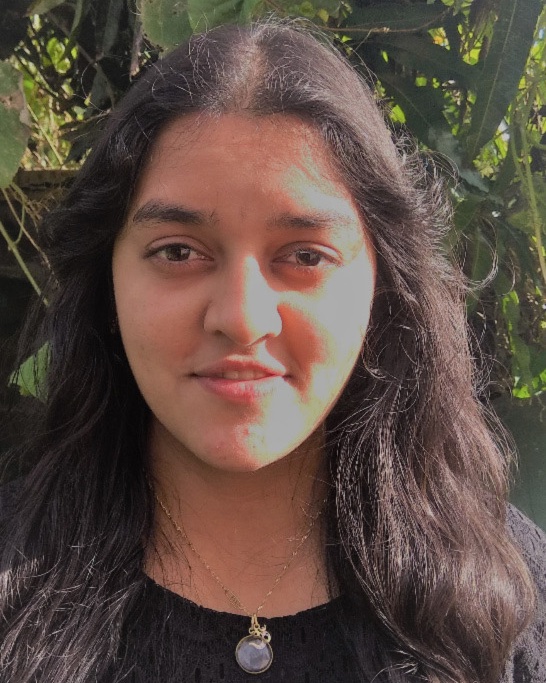 Tejaswini Petkar is a researcher at the Biomaterials, Drug Delivery & Nanotechnology Unit, Centre for Biomedical and Biomaterials Research (CBBR), at the University of Mauritius.