The Microbial Aftermath of Hurricanes

Share This
Hurricanes and tropical storms have devastating long-term effects on the communities they impact. The microbial effects of these natural disasters limit access to clean water, increase exposure to infectious diseases and cause food spoilage. What are the risks, and how can we be better equipped to face the microbial aftermath of hurricanes?

Post-Hurricane Microbiology in the Face of Climate Change

Disaster microbiology is an emerging field that researches how microbiology relates to catastrophic events and how they impact people and ecosystems. In the face of climate change, extreme weather disasters, like hurricanes, may increase in frequency, intensity and impact new geographic locations. Understanding how hurricanes relate to microbiology will strengthen communities and decrease deaths from infectious diseases, like leptospirosis and dengue fever.

In 2021, the American Academy of Microbiology published a colloquium report on microbes and climate change, which provided recommendations to drive the development of innovations in microbiology to mitigate climate change and associated risks. One of the recommendations called for the implementation of a One Health wellness approach to study the relationships between climate change, microbes and human health. The report also called for researching the impacts of floods, drought or other extreme weather events on microbial communities, their functions and risk to human health.

Climate change will continue to shape the planet and consequently lead to changes in weather patterns that will impact humanity. Hurricanes are expected to increase in frequency and intensity due to increased ocean temperatures. Governments and local communities need to prepare for the microbial consequences of the impacts of hurricanes and climate change. Microbes may also pose some of the solutions we seek to mitigating climate change and adapting to our changing planet.

Hurricanes impact ecosystems and the microbial communities that live in them. Hurricanes move microorganisms across the ocean and spread them through different continents. This mass movement of water and wind aerosolizes microbes in the atmosphere and transports them to new places. The microbes that flourish after hurricanes can be beneficial and facilitate the decomposition of fallen vegetative matter—or pose a threat to human health—increasing the risk of exposure to infectious diseases.

Hurricanes can lead to the resurgence of microbes that cause human diseases, contaminate food and deteriorate water quality. Extreme precipitation forms standing flood water containing contaminated runoff, sediment, debris and waste harboring fecal coliforms and enteropathogens. These dangerous conditions are partially caused by inadequately functioning water systems and overflowing septic tanks. For example, fecal-associated bacteria from humans and animals were detected in rivers after Hurricane Harvey and floodwaters of Hurricanes Rita and Katrina.

An increased risk of exposure to enteropathogens can lead to acute gastrointestinal illnesses such as gastroenteritis. Viral gastroenteritis outbreaks have been documented in shelters as people sought refuge from storms. Outbreaks from viruses such as Noroviruses may occur in shelters through contaminated food, water or surfaces.

During the initial clean-up after a hurricane, people are at higher risk of getting cuts, scrapes, puncture wounds, abrasions and burns. These minor injuries create entry points for pathogens that can cause flesh eating disease, such as necrotizing fasciitis, which was linked to exposure to Streptococcus pyogenes in the floodwaters of Hurricane Harvey in Huston, Texas in 2017, or the reported increase in cases of Vibrio vulnificus after Hurricane Ian in Florida in 2022.

Leptospirosis is a bacterial disease that affects both animals and people. It is another pathogen that is commonly associated with contaminated flood water. This disease is caused by spirochetes of the genus Leptospira and increases in incidence after hurricanes or flooding. Exposure to leptospirosis occurs through skin wounds while walking through flood water, cleaning flooded areas, removing mud or using water contaminated with urine from infected animals. This disease causes fever, headaches and body aches, with severe cases leading to death. Suspected leptospirosis cases increased in Puerto Rico after Hurricane Fiona in September 2022.

Standing flood waters are also favorable places for mosquitos to breed. As a result, the incidence of viral diseases, such as West Nile, Zika, dengue and chikungunya, which are spread by mosquitoes, can increase after hurricanes. The incidence of West Nile virus disease increased in Louisiana and Mississippi after Hurricane Katrina. Similarly, an increased number of dengue cases was reported by the Department of Health of Puerto Rico after the impact of Hurricane Fiona.

Indoor flooding of homes and buildings also causes growth of mold. Fungi deteriorate indoor air quality and affect occupational health long after a storm. Even small leaks can lead to the growth of mold in ventilation and air conditioning systems, deteriorating air quality, compromising respiration and aggravating the immune responses of those who inhale the spores. Molds and endotoxins increased in homes affected by flooding in Louisiana after Hurricanes Rita and Katrina. Most of the airborne fungi were of the genera Penicillium and Aspergillus, which can cause allergies, respiratory infections and pneumonia, possibly resulting in death.

Microbes Cause Food Loss and Spoilage After Hurricanes

Microbes impact agriculture and the entire food industry after hurricanes. Contaminated flood water can impact soils used for farming by introducing fecal-associated bacteria. Furthermore, increased humidity, saturated soil and damage to plants increase the vulnerability of crops to microbial pathogens. For instance, Phytophthora blight is caused by an oomycete that is dispersed through water. This disease spread through flood water after Hurricane Irene affecting the production of pumpkins and tomatoes in eastern New York.

Storms and wind currents can transport and spread spores of pathogenic fungi and bacteria across large distances, which put crops at greater risk of being exposed to new diseases. Soybean rust was detected for the first time in the U.S. in 2004 and was suspected to have arrived in Louisiana after Hurricane Ivan.


Additionally, lack of electricity leads to improper food storage conditions in warehouses, supermarkets and refrigerators at home, leading to spoilage and an increased risk for food poisoning because of microbial food contamination. Feeding a family safely after hurricanes or storms is challenging without electricity, clean running water, proper food storage and sources of fresh food. Storing enough non-perishable food items in a secure place is important to preserving a safe source of food if power is lost during storms.

Reducing Pathogen Exposure Risk Before and After a Hurricane

As another active Atlantic hurricane season comes to a close, it is a wise time to consider improvements to personal emergency plans. Hurricanes and their microbial aftermath are inevitable, but it is possible to increase awareness of the risks and better prepare for them in the future. Here are some tips to reduce your risk of exposure to microbial pathogens before and after hurricanes.

Learn more about the ways microbes impact the environmental and human health amid a changing climate. Find the latest news and research on our climate change page. 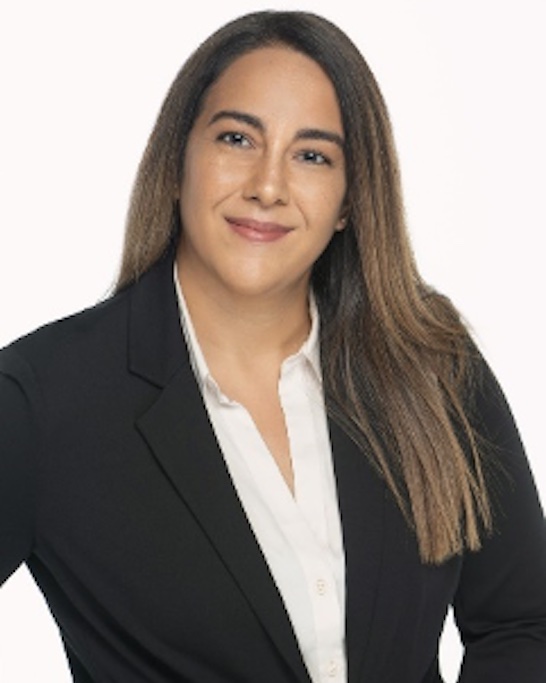 Ivelisse Irizarry, Ph.D., is an assistant professor of the Department of Natural Sciences at Inter American University of Puerto Rico—Metropolitan Campus in San Juan, Puerto Rico.