How Do Microbes Remove Radioactive Waste?

Share This
Radioactive elements emit a spectrum of ionizing emissions that hurt humans.
Thankfully, numerous genera of environmental microbes possess an array of biophysical and biochemical defenses that can help. These defenses allow certain microorganisms to withstand radioactive emissions and protect us from radiation poisoning, cancer and other maladies that manifest from human exposure to radioactive waste. Taking a look at the sources and characteristic properties of radioactive waste will help explain the mechanisms by which these bacteria face the elements and shield us from illness.

Properties and Sources of Radioactive Waste

Radioactive waste is discharged from many sources, including military operations (such as nuclear weapons manufacture) uranium mining, power plant effluents and medical and research laboratories. Radioactive waste is filled with persistent unstable elements or radionucleotides, which emit ionizing radiation as they decay. Radioactive elements have no stable isotopes, high molecular weights and fall into groups such as the actinides. They are unstable because their atoms spontaneously disintegrate, emitting both particles and energy as they transform into more stable forms. For example, over billions of years the radioactive elements uranium (U) and thorium (Th) decay into radium (Ra) and radon (Rn), respectively. During this decay process radioactive elements emit ionizing radiation. The energy released from this process is so strong that it rips electrons from atoms and molecules, ionizing them. In high enough doses, this ionizing radiation causes cell damage to living tissue and organs.


Although these compounds have many beneficial uses in research, medicine and industry, radioactive waste can be highly destructive if not properly isolated and disposed of or contained.

While there are numerous ways to dispose of radioactive waste, biological methods, specifically bioremediation by bacteria, are desirable as they are more environmentally friendly than other methods.

Given their billion-plus years on the planet, bacteria have evolved masterful and diverse approaches to mineralize, metabolize and otherwise transform harmful compounds to innocuous byproducts. Since the harmful ionizing radiation emanates from the atomic element itself, conversion of a radioactive compound to a different molecule will not eliminate the deleterious effects. Still, a garrison of microbial genera have been isolated from radioactive waste sites. How do they survive?

Through the common metabolic process of reduction, problematic, radioactive elements, like plutonium or uranium, in the target waste can be precipitated to make them easier to collect and dispose. Microorganisms inactivate some radionucleotides by adding electrons to them and converting the radionucleotides from a soluble to insoluble state. The precipitated radionucleotide is still radioactive, but it is not transported into solutions, i.e., ground water, as easily as its soluble counterpart.

Indirect reduction occurs when a microorganism uses a non-radioactive element as an electron acceptor, but the reduced element resulting from this anaerobic respiration provides electrons for the subsequent reduction of a radioactive element within that micro niche. For example, ferric Iron [Fe(III)]-reducing bacteria G. metallireducens and S. oneidensis reduce uranium U(VI) indirectly via anaerobic growth. Insoluble forms of radionucleotides are then easier to process for chemical and physical waste disposal technologies as they reduce the total volume of the waste.

Radiation-resistant bacteria can be genetically engineered to metabolize radioactive waste. Deinococcus  radiodurans can resist extremely high concentrations of radioactivity, due to potent antioxidants and an enhanced DNA repair mechanism. This makes D. radiodurans an attractive candidate to develop for remediating repositories of radioactive waste. For example, the microbe has been engineered to express the Escherichia coli merA gene, which encodes a mercuric ion reductase. By expressing this reductase, D. radiodurans can convert toxic mercuric [Hg (II)] ions to elemental mercury, which is less harmful to humans and easier to process in waste disposal. Such strategies are applicable for other contaminants that are intermixed with radioactive waste, as well as the radionucleotides themselves.

Bacteria can also remove radionucleotides from their solution environment by biomineralization/bioprecipitation. In this context, biomineralization refers to the insoluble crystallization of metals, a process of metal precipitation with ligands, such as sulfides, carbonates, phosphates and hydroxides, that are enzymatically generated within the microbial cell wall.

In one study, a D. radiodurans strain was reconstructed with phoN, a Salmonella enterica gene that encodes a nonspecific acid phosphatase, which liberates inorganic phosphate from complexed phosphates on the cell surface. The liberated phosphates can subsequently mineralize uranium. In fact, the recombinant D. radiodurans strain was able to precipitate over 90% of uranium from a uranyl nitrate solution in 6 hours, providing the basis for scaled-up remediation of radioactive waste in contaminated water bodies.

Gram-negative facultative anaerobes, such as Serratia spp., and other microbial genera isolated from natural environments, including uraniferous soils, can also biomineralize and precipitate uranium. Finding naturally occurring microorganisms that have the capacity to biomineralize radionucleotides provides more choices for biotechnological refinements via molecular tools.

Biosorption, the third strategy that microbes use to remediate radioactive waste, involves surface adsorption and an extracellular complexation process that, unlike biomineralization, can be reversed. This may allow for the release of the collected waste into a repository.

The bacterial cell surface is coated with various negatively charged groups (e.g. phosphates, sulfides) that attract and remove radioactive metals from an environment. Through this process, certain strains of Pseudomonas can sequester uranium and thorium ions intracellularly. Biosorption of radionuclides at the microbial cell surface facilitates the removal of radionuclides from waste and prevents radioactive leakage and migration of nuclear waste to groundwater. Low-concentration radioactive metallic wastes found in effluents downstream from industrial and research facilities are amenable to biosorption-style remediation.

An advantageous side-effect of this molecular mimicry is that microbes take up radioactive ions from the environment. For example, some Pseudomonas species accumulate uranium as uranyl phosphates. Since uranium has no known physiological function within the cell, this uranium uptake is likely due to its natural membrane permeability. Other microbes, like Arthrobacter nicotianae, Micrococcus luteus, Citrobacter sp. N14 and Bacillus megaterium, are also radioactive waste bioremediators via bioaccumulation (e.g., M. luteus, B. subtilis and B. megaterium accumulate Th when grown in a Th and U solution).

Since some radioactive elements take a long time to decay (the half-life of uranium-238 is approximately 4.5×109 years) it is desirable to reuse the radioactive waste that is collected through bacterial concentration of these elements. Approaches for repurposing radioactive waste are still in the early stages of research, but one method relies on the surface layer, or S-layer, of Bacillis sphaericus.

S-layers are para-crystalline surface structures present on most bacteria and almost all archaea. S-layer proteins typically comprise up to 15% of all proteins of a cell, although B. sphaericus subspecies contain an even higher S-layer protein content—up to 20%. B. sphaericus isolated from uranium mining waste reversibly binds radioactive metals within its S-layer, and scientists have discovered that the extra surface coat is capitalized for both the remediation and re-use of radionucleotides for alternate forms of energy.

To optimize this strategy, microbiologists developed a filter that integrated B. sphaericus S-layer to trap uranium ions from soil and aqueous radioactive waste. The uranium and other collected metals are then repurposed for use for nanotechnology and novel catalysts.

Microbes are superbly adept at cleaning up radioactive waste, and scientists are leveraging this potential to improve our methods of removing the persistent, insidious material from the environment. Waste sites that have ongoing remediation efforts include U.S. DOE Rifle site, Colorado, U.S. DOE Oak Ridge site, Tennessee and U.S. DOE Hanford site, Washington. Relevant research includes conducting metagenomics studies of uncultured microorganisms growing in sites contaminated with radioactive waste to determine the abundance and identity of the genes encoding the enzymes responsible for the microbial strategies that sequester radioactive elements.

New advances in omics also reveal microbial physiology and metabolic function of the microbial communities at these sites. Omics includes metagenomics, transcriptomics and metabolomics studies, coupled with state of-the-art, high-performance sequencing tools. Computational analysis of microbial ecology data, along with the use of bioreactor designs, can facilitate development of methods to help remediate a diverse range of radioactive waste sites.

Taken to the field, microbial bioremediation uses integrated techniques, which combine physical and chemical approaches, and a blend of technologies (i.e., phyto and myco remediation) to improve the remediation of a diverse range of radioactive waste sites.

Bioremediation is an environmentally friendly and cost-effective technology for radioactive waste removal. Discovering more of the mechanisms used by nuclear waste site bacteria will capacitate microbiologists to channel these bacterial allies towards removing and repurposing radioactive wastes. The unique adaptability of microbes to take harmful materials and convert them to usable products extends beyond the bioremediation of radioactive waste, and scientists are eager to harness this adaptability to inform sustainability issues. Learn more about the circular economy and microbial infability hypothesis in this next article about research being conducted by environmental microbiologist Arpita Bose, Ph.D. 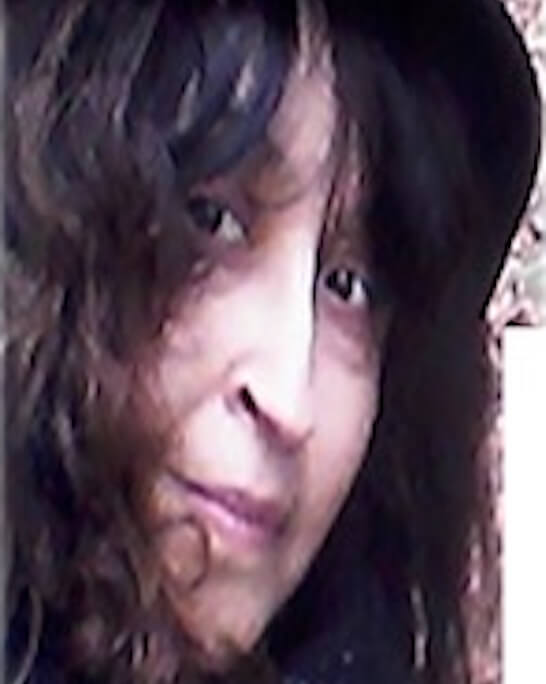 JeanMarie Calvillo, Ph.D., worked as a research microbiologist at the University of Washington, Seattle in the civil and environmental engineering department.