A Microbiology Career in the United States Army

There are many options for newly graduated Ph.D.s and postdoctoral fellows looking for non-academic career paths. One of the lesser-known options is a research microbiologist in the United States army. I interviewed Dr. Gina L. Griffith to find out how she started her microbiology career in the military. Dr. Griffith has a B.S. in Microbiology from the University of Oklahoma and a Ph.D. in Pathology/Immunology from the University of Oklahoma Health Sciences Center (OUHSC). She completed her first postdoc at the Dean McGee Eye Institute in the Department of Ophthalmology at OUHSC, after which she joined the United States Army Institute for Surgical Research (USAISR) as a postdoc in the Sensory Trauma Department. After a year with the USAISR, she was commissioned directly into the army as a research microbiologist and is currently a Deputy Director of Sensory Trauma at the USAISR.

Why did you choose a major in microbiology?

My high school science teacher said it was a good field with a lot of opportunities, which helped me decide to major in microbiology. Plus, I have always been a little bit of a germophobe and I thought that microbes were really interesting.

What motivated you to apply for graduate school?

A microbiology major was an often chosen pre-med degree at the University of Oklahoma. Many of my classmates went on to medical school, but  I really wanted to do my own research and have more leadership opportunities in the future, so I opted for graduate school.

What prompted you to join the United States Army?

A military career seemed like a good choice because of the benefits and opportunities that come with the military and the rate at which you can accelerate your career. I spoke with an Army recruiter in Oklahoma City who helped me with my application. When I first applied, I was placed on the order of merit list for a direct commission, which meant that I was ranked on a list and if the top candidates were not selected for some reason, they moved onto the next person. I was not selected in the first round of applications, which meant that I had to wait another year for the board to reconvene. In the meantime, I was offered a postdoc position in the Sensory Trauma Department at the USAISR. At the USAISR, I was able to extend my postdoctoral training and get experience working for the army. I also met some army officers who helped me revise my initial application packet, which I resubmitted. I was selected for a direct commission, which meant that I was assigned a rank by my army career branch based on my experience and education level. In this case, an individuals' education level and work experience converts to a level of experience that the military expects a person to have.

How does one get started to work in the United States Army?

As a first step, talk to an army recruiter and/or someone who is serving in the military in the type of position in which you are interested. The recruiter should be able to help you with the paperwork and inform you about the requirements for the position. Army websites are a great resource as well.

What is the first position one could qualify for?

What is the timeline for getting accepted into the army as a microbiologist, i.e., from the time a student/postdoc talks to a recruiter to getting hired?

It actually takes some time to get on board. There is a lot of paperwork, including background checks and physical assessments before one can submit their packet. For example, if you want to apply to be an army microbiologist, an army consultant has to review your records to ensure that you are qualified to be one. It took 17 months from the time I first talked to an army recruiter to the day that I was wearing a uniform.  The timeline could be much shorter if an individual is accepted the first time that they apply.

What type of career growth do you find in the army?

There is a lot of room for growth. The assignments you get in the army will allow you to do things that you wouldn't necessarily be given the opportunity to do in the civilian sector. For example, I could have a clinical assignment versus a research assignment next. Being in the military can open a lot of doors for the future, both in and outside of service. Many army microbiologists have the opportunity to pursue certifications for the American Board of Medical Microbiology (ABMM); American Society of Clinical Pathologists, Specialist in Microbiology (ASCP, SM); or American Society of Clinical Pathologist,  Molecular Biology (ASCP, MB). Other army microbiologists choose to compete for fellowships such as the Clinical and Public Health Microbiology (CPEP) or Food and Drug Administration fellowship program.

Could you give an example of a typical day as a research microbiologist?

What advice do you have for someone wanting to transition to a scientific military career?

Try to do your research to fully understand what you are committing to. Being in the military is a different lifestyle. In addition, there are physical fitness standards and requirements that must be met. For example, if you do not want to wear a uniform every day, travel and relocate often, follow orders, and maintain physical fitness standards, then the army will not be the best fit for you. Others  really like these things, so it makes it a great career for them. Most importantly, it is critical to understand that a person is primarily joining to serve. When I was considering a military career, I received some great advice from a military veteran who said, "If you are joining just for the job, you will probably hate it. Make sure that you are joining because you also want to serve." 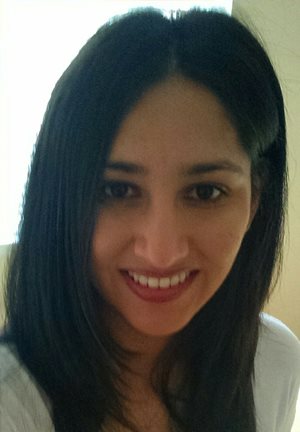 Dr. Payal Maharaj is a Postdoctoral Fellow with both Iowa State University and the Centers for Disease Control and Prevention.