Two summers ago, I was sitting in the waiting room of my doctor’s office, scanning the magazines displayed on their bookshelf when I saw the latest issue of The Economist. The cover struck me. A healthy baby surrounded with arrows and phrases like “High IQ,” “Sprinter,” and “20/20 vision.” The title read, “Editing Humanity.” This was the latest in a string of sensational headlines following the first use of the gene editing technology, CRISPR, in human embryos. A few months prior, the cover of MIT Technology Review had displayed a similar image – a doll-like baby with blond hair and unusually large blue eyes. It read, “We can now engineer the human race”. As a Ph.D. student in Molecular and Cell Biology studying CRISPR’s key component, Cas9, these images really bothered me. They say, “‘designer babies’ are here and you should be afraid.” It’s no surprise that one of today’s biggest public misconceptions about CRISPR is assuming that designer babies are around the corner.
These dystopian fears are not new. Concerns over designer babies rose to the public consciousness decades ago when recombinant DNA technology and in vitro fertilization (IVF) were being developed, and again when Dolly the sheep was cloned [1-3]. In the years since, many countries have passed laws or embraced guidelines that regulate the scientific use of human embryos. A majority of countries with advanced research programs have laws or guidelines in place that either ban or restrict genetic modification of human embryos for reproductive purposes [4]. Even the first two countries to use CRISPR in human embryos for research purposes, China and the UK, explicitly prohibit initiating a pregnancy with genetically modified human embryos*.

In the US, the regulatory landscape is unique. Rather than ban any practices outright, Congress has instead tied the federal purse strings. In 1996, Congress passed an appropriations bill with a rider attached known as the Dickey-Wicker Amendment, which effectively prevents the use of federal funds to conduct research on human embryos [5,6]. Perhaps you’re thinking, “But I heard that human embryos were edited in the US this summer.” You’re right. Shoukhrat Mitalipov’s lab at Oregon Health & Science University used CRISPR in human embryos to fix a mutation that causes a type of heart disease [7] (though the molecular mechanism is being debated). This work received private funding and was performed for research purposes, aimed at curing a genetic disease, not at creating a super baby [8]. If similar work was to be brought to the clinic, it would need approval by the FDA, regardless of the source of funding. To prevent any such application from coming to market, Congress added a stipulation to appropriated funds that prevents the FDA from considering any applications that involve editing human embryos [9]. So, for now at least, genetically engineered babies will not be made in the US any time soon, no matter the motivation.

“This isn’t to say that there aren’t single genes that can have a strong influence.”

Changing these laws would likely require broad societal consensus. While a survey published in Science this summer suggests that public opinions about genome engineering have shifted when it comes to genetic disease, by-in-large the public remains strongly opposed to genetic ‘enhancements’ associated with designer babies [10-13]. Even among scientists and policy groups, genetic germline enhancements are strongly cautioned against. None of the statements or guidelines published in the last few years by major ethics groups or important research and medical academies recommend any forays into germline enhancements [14].

Not only is the regulatory landscape unfavorable for creating a super baby, the biology makes it difficult. The reality is that most human traits are extremely complex. The characteristics people tend to associate with designer babies – intelligence, height, and athletic ability – are not controlled by one or even a few genes. Take the seemingly simple trait, height. A 2009 study estimated that 93,000 single nucleotide polymorphisms are required to explain 80% of the population variation in height [15]. This isn’t to say that there aren’t single genes that can have a strong influence. For example, the hormone EPO is considered a performance-enhancing drug and is produced by a single gene. It’s not entirely crazy then to imagine that the gene could be genetically engineered to produce more EPO, thereby making an individual more athletically gifted [16]. But the World Anti-Doping Agency already tests for performancen-enhancing gene therapies in athletes, and recently updated its 2003 ban to include all forms of gene editing [17], as hard as that may be to enforce.


Despite the concerns over designer babies, many scientists and doctors are calling for a regulatory path forward to allow gene editing in human embryos for research [18-20]. The goal would be to understand basic human biology, and potentially, to prevent extreme cases of genetic disease. The World Health Organization estimates there are about 10,000 diseases known to be caused by a mutation in a single gene [21]. Many of these are extremely debilitating. As a parent, it’s easy for me to understand why someone would want to edit the DNA of their embryos to prevent their future children from suffering. When we have the capability to prevent suffering, isn’t there a moral obligation to do so? But it’s not that simple.

“Not only is the regulatory landscape unfavorable for creating a super baby, the biology makes it difficult. The reality is that most human traits are extremely complex.”

Some argue that there are already approved medical procedures in place that can prevent transmission of a genetic disease. For women who are already pregnant, prenatal genetic testing is now a relatively routine procedure. Women who haven’t gotten pregnant yet but want to ensure their children don’t get their disease-causing alleles can undergo IVF and preimplantation genetic diagnosis (PGD) to choose embryos without the mutation. For many people, it is hard to imagine spending the resources and social capital to develop a new procedure that could risk creating unforeseen consequences for their child and their children’s descendants, when options like PGD and adoption are already available and safe.

To complicate things even further, what counts as a disease worthy of eradication, and who gets to decide? I’ll give a personal example: I have Obsessive Compulsive Disorder (OCD). While not a monogenetic disorder, it does have a genetic component [22]. Assuming a genetic treatment could be developed, I don’t know if I’d use it, let alone choose to correct any of my future embryos. Perhaps you’re thinking, well that’s because it’s not a big deal. You’d be wrong. Like most diseases, OCD can manifest on a spectrum, and in severe cases can cause extreme disruption of an individual’s life and require costly treatments. As I write this, my OCD is in remission, but for at least a year my OCD manifested itself as an extreme case. I couldn’t leave my house for days, sometimes weeks at a time, and barely slept or ate. My hands would bleed from the persistent washing and picking, and I constantly felt trapped in a hell of my own mind. I lost friends, and wasn’t able to work. Luckily there are evidence-based treatments for my disorder, and I was able to get help, partly because my family was able to pay for it. What I’ve since realized is that much of what makes me “me” is linked at least in part to my OCD. When it doesn’t hijack my life, it can help me. A mild manifestation of my OCD is perfectionism. This has helped me become an excellent student and get into one of the best universities in the world to obtain my Ph.D. It keeps me considering the many possible views and outcomes of any given situation, and thereby gives me strong analytical skills. I like to think I have something to offer the world, though that is up to the world to decide.

“I think it’s safe to say that designer babies won’t be available any time in the near future. But what about using CRISPR in human embryos to prevent disease? This application is coming.”

I think it’s safe to say that designer babies won’t be available any time in the near future. But what about using CRISPR in human embryos to prevent disease? This application is coming. Researchers around the world are conducting experiments in human embryos to fix harmful mutations. I don’t know yet how I feel about this, but I know if it’s going to happen, it will need to be regulated responsibly. To me, the key issue will be deciding which diseases should be prevented by editing. Deciding where the line between prevention and enhancement lies will also be necessary. Making sure we preserve societal infrastructure for those individuals who will continue to be born with genetic diseases will be critical. Perhaps most importantly, engaging those communities directly affected by this application is essential. As a scientific community, we need to seek broad public input and provide accurate information to help inform policy makers. While societal consensus on ethical issues and policy decisions should be the goal, it may not always be obtainable, and in those circumstances, somebody will have to decide. The best we can do is make the most informed decisions with the input of as many stakeholders as possible. REFERENCES 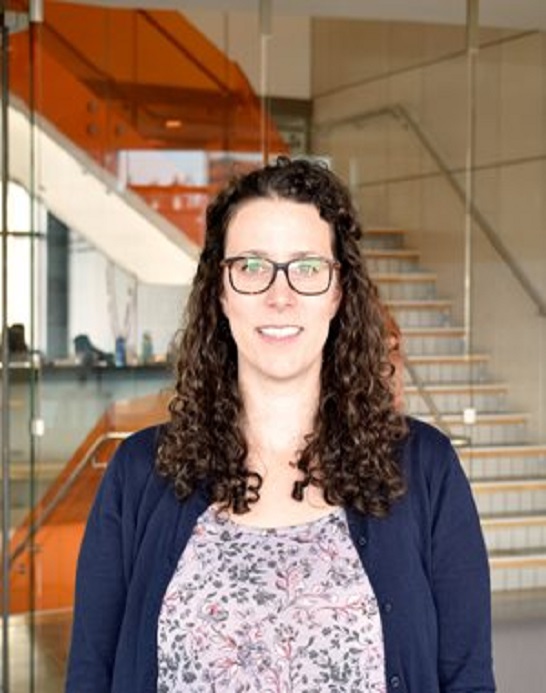 Dr. Lea Witkowsky is a project and policy analyst at the Innovative Genomics Institute, a non-profit, academic research organization formed through a partnership between UC Berkeley and UC San Francisco.