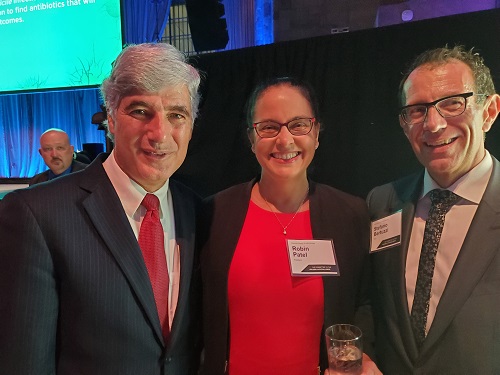 The event took place in New York City, alongside the United Nations General Assembly. It featured remarks from:
A key focus of the evening was addressing the need to increase awareness of AMR by engaging and educating participants in a multi-media experience showcasing the global impact of AMR and actions that can be taken to decrease the risk. It included three types of engagements: 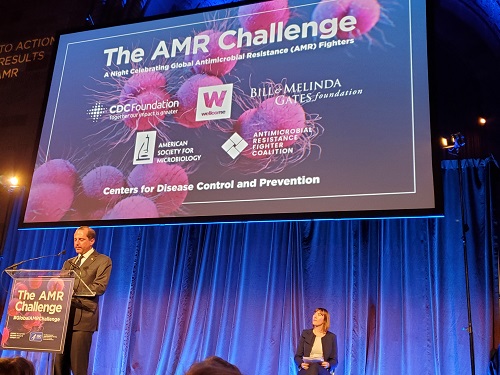 During his remarks, Secretary Azar highlighted the AMR challenge, a year-long effort spearheaded by CDC to call global stakeholders to action on antibiotic resistance and solicit One Health commitments to accelerate combating AMR locally and globally. “Continuing our fight against AMR with the same vigor we’ve seen over the last year will lead to lower rates of infection, lower healthcare costs, reduced human suffering, and lives saved,” noted Azar.

You can watch the recording of Secretary Azar's remarks and the rest of the antimicrobial resistance fighters celebrated on September 23.

ASM Advocacy is making it easy and providing opportunities for members to advocate for evidence-based scientific policy.