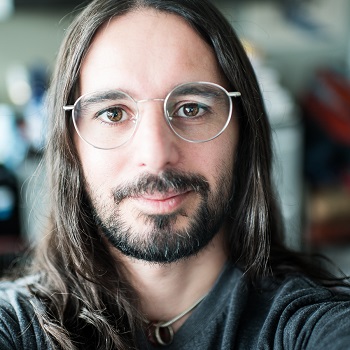 A. Murat Eren (Meren) is a computer scientist and microbial ecologist who studies microbial lifestyles in a wide range of habitats spanning from oceans to insect ovaries. Meren received a B.S. in computer engineering from the Çanakkale Onsekiz Mart University, Turkey, in 2002, and a Ph.D. in computer science from the University of New Orleans in 2011. During his postdoctoral training with Mitchell L. Sogin at the Marine Biological Laboratory, he focused on high-resolution analyses of environmental microbial communities through marker gene amplicons and metagenomes. Meren is a recipient of an Alfred P. Sloan Research Fellowship in Ocean Sciences and a fellow of the Marine Biological Laboratory.

Meren and his group (http://merenlab.org) combine state-of-the-art computational strategies and molecular approaches to shed light on the ecology and evolution of naturally occurring microbial populations, with the primary aim of understanding strategies by which microbes thrive within their ever-changing environments. Meren and his team are committed to making science open and accessible. They are among the most active developers of anvi’o, an open-source software platform that strives to empower microbiologists with analytical tools and visualization strategies to lead the data revolution in microbiology.