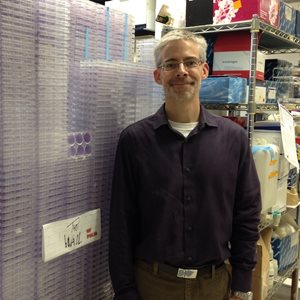 Alan grew up near the small waterfront city of Annapolis, Md. and spent an inordinate amount of his childhood on and around boats. There, he also developed an interest in biology, chemistry, public policy, writing, computers and electronics. After earning a bachelor’s degree in biology and chemistry from Towson State University in Baltimore County, he pursued – and, with considerable effort, got – a Ph.D. in microbiology from Columbia University in New York City.

In 1997, Alan left laboratory research to become a science journalist, a job better suited to his short attention span and wide-ranging interests. His work appears in numerous publications, including the Webby-winning New York Academy of Sciences site, several of the Nature journals, and trade publications such as Drug Discovery and Development and Bioscience Technology. He blogs at Turbidplaque.