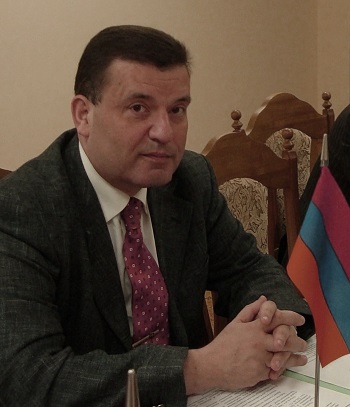 Armen Trchounian, Ph.D., D.Sc., is Head and Professor in the Department of Biochemistry, Microbiology and Biotechnology, Faculty of Biology at Yerevan State University (YSU), and Chief Researcher in the YSU Research Institute of Biology Laboratory of Microbiology, Bioenergetics and Biotechnology. He was a professor in the YSU Department of Biophysics from 1993 to 2011.

Dr. Trchounian graduated from YSU with an honor diploma in 1978, received his Ph.D. in 1982 and his D.Sc. in 1990, both from the USSR Supreme Certifying Commission. He was a Fulbright Scholar at the University of Chicago from 1991 to 1992, invited professor at Chiba University in Japan and a visiting fellow at both the University of Reading and the University of Virginia. He did a German Academic Exchange Service fellowship at the Martin-Luther University of Halle-Wittenberg in Halle, Germany.

Dr. Trchounian has been elected as a Corresponding Member of the National Academy of Sciences of Armenia. He is laureate of Armenian President’s Prize for Development in Natural Sciences. He was was recognized for outstanding service in the American Society for Microbiology's Minority Mentoring Program in 2011.