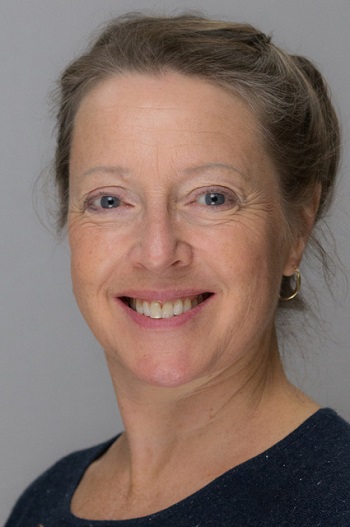 Caitilyn Allen was born in Germany and grew up in the American Midwest. She attended Swarthmore College and worked on an unprofitable organic vegetable farm before earning her Ph.D. in Plant Pathology from Virginia Tech University. Her doctoral research launched her long love affair with bacteria. She did postdoctoral research in Lyon, France, studying how plant pathogenic enterobacteria digest their plant hosts from the inside out. During her second postdoc at University of Wisconsin-Madison, Allen began working with bacterial wilt, a serious disease of many tropical crops that has commanded her interest and respect ever since. In 1992, she joined the UW-Madison faculty, where she currently holds a phytobacteriology professorship endowed by Ethyl and O.N. Allen (no relation). In 1995, she became the founding faculty director of the UW-Madison Women In Science and Engineering Residential Learning Community, better known as the WISE Dorm, to unite and support undergraduate women in STEM majors. She also served as Director of the UW Women Faculty Mentoring Program. Allen, who has taught courses in Plant Pathology, Microbiology and Gender and Women’s Studies, has received multiple awards for her teaching.