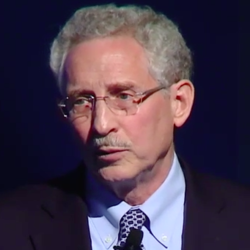 Carl Nathan, MD is R.A. Rees Pritchett Professor and chairman of the Department of Microbiology and Immunology at Weill Cornell Medical College. After graduation from Harvard College and Harvard Medical School, he trained in internal medicine and oncology at Massachusetts General Hospital, the National Cancer Institute and Yale before joining the faculty of The Rockefeller University from 1977-1986. At Cornell since 1986, he has served as Stanton Griffis Distinguished Professor of Medicine, founding director of the Tri-Institutional M.D.-Ph.D. Program, senior associate dean for research and acting dean. He co-chaired the Program in Immunology and Microbial Pathogenesis at Weill Graduate School of Medical Sciences of Cornell University for 18 years before becoming dean of the Graduate School.

Nathan is associate scientific director of the Cancer Research Institute, a governor of the Tres Cantos Open Lab Foundation and on the scientific advisory boards of the Global Alliance for TB Drug Development and the Rita Allen Foundation. He led the planning team for the Tri-Institutional Therapeutics Discovery Institute (a not-for-profit corporation owned by Weill Cornell Medical College, Memorial Sloan Kettering Cancer Center and The Rockefeller University) and is a member of its Board of Directors. He served for 10 years on the scientific advisory board of the Cambridge Institute for Medical Research, the American Asthma Foundation and the Board of Trustees of the Hospital for Special Surgery, where he chaired the Research Committee, and continues on the national Pfizer Therapeutic Areas Scientific Advisory Panel and the Lurie Prize jury.

With the current support of the Bill and Melinda Gates Foundation’s TB Drug Accelerator and as Principal Investigator of the NIH-funded Tri-Institutional TB Research Unit, Nathan studies the immunological and biochemical basis of host defense. He established that lymphocyte products activate macrophages, that interferon-gamma is a major macrophage activating factor, and that mechanisms of macrophage antimicrobial activity include induction of the respiratory burst and inducible nitric oxide synthase (iNOS). He and his colleagues purified, cloned, knocked out and characterized iNOS biochemically and functionally and discovered the cofactor role of tetrahydrobiopterin in NO biosynthesis. Although iNOS helps the host control Mycobacterium tuberculosis (Mtb), the leading cause of death from infection, Mtb resists sterilization by host immunity. Nathan’s lab now focuses on the biochemical basis of this resistance. Genetic and chemical screens have identified enzymes that Mtb requires to survive during non-replicative states, including the mycobacterial proteasome. His group is identifying compounds that kill non-replicating bacteria while exploring collaborative models between academia and industry to help invigorate antibiotic research and development.

He was a Featured Speaker at ASM Microbe 2019.

Lead a Session at ASM Microbe 2022